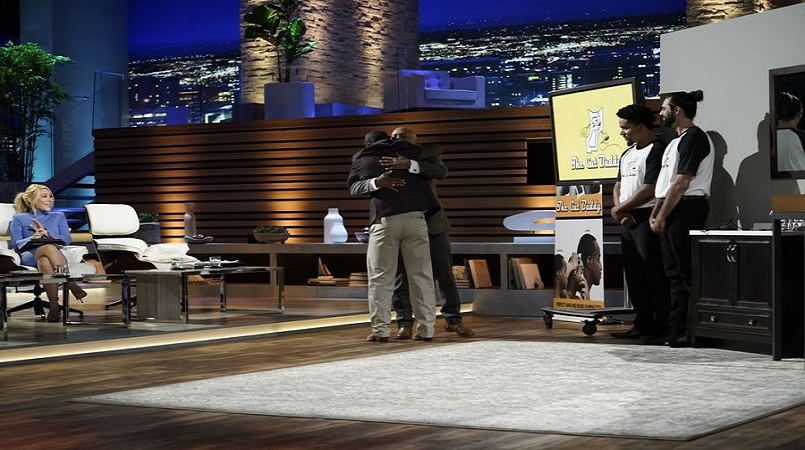 It has been a whirlwind for St Lucian-born inventor and entrepreneur Joshua Esnard since securing a deal on popular US-based TV series, Shark Tank.

Since his episode aired, Esnard says there’s been a 600% spike in traffic on a daily basis for the Cut Buddy, a “patented multi-curve maintenance edge up, line up, and shape up tool” that had brought in US$ 700,000 in sales since a 2016 launch, prior to his appearance on the show.

Those strong sales resulted in two sharks presenting offers. Esnard decided to take a deal from Daymond John - who made his fortune with the FUBU brand of clothing - giving up a 20% stake in his company for a US$ 300,000 investment.

Esnard spoke with Loop News, giving us an inside look into the trials and triumphs of his success story.

“I was one of the lazy people”

Esnard shared his entrepreneurial origin story with the sharks. The catalyst for him to make his dream a reality came when his fiancée told him that he never finishes what he starts while moving furniture.

“I think many people have the drive to run a business and make it successful but I don’t think many people have the drive to actually start. People are afraid and people always use excuses for time. I just got lucky because I was one of the lazy people who just wanted to have a good job and just live life until someone kicked me in the butt. I think that most of us need our partners, or children or parents, our people that are next to us need to be more supportive and kick us in the butt more instead of hating on an idea.”

“When I wanted to release the product some of my friends just looked at me like I was crazy. Some people’s parents stop them from pursuing their dreams. That actually happens a lot with Caribbean parents. They want you to be a doctor or a lawyer when you want to be an entrepreneur. We need to see that the times have changed and that it’s a very lucrative market to run your own business.”

“When I started I went to a lot of pitch competitions to tell people about my product. There was a lot of silence and blank stares and I lost a lot of those competitions and people just didn’t understand it. So that kinda poured water on my motivation… people were making fun of me when I was doing videos with it and sharing it to the world, just pushing through that was so tough.”

On the episode Esnard became emotional while telling the sharks that he felt more like an inventor than a businessman.  “I’ve always been a very creative person. I’ve always liked to draw and make my own little gadgets growing up, so that’s always been my love. So when I finally created a product and realised ‘now I have to be a business owner’, that was a whole new reality and responsibility to me and especially when I left my day job, it was like my back’s against the wall and I have to prove I have something here.”

“Finally making it through that’s an emotional feeling that kind of showed in the show because you get from a point where you have your idea, you’re little baby, now you grow this company to somewhere that’s somewhat successful and now people want the product and now people are knocking off the product. I’ve been knocked off now over a thousand times. Now I’m lost, I’m a creative person that’s growing a business and I don’t know what the next steps are.

Esnard was used to people, like shark Robert Herjavec, not understanding his product

When I first started the company I was the one doing the videos and when I got affiliates I got people that looked like me, so people were thinking that it only works for… a black or Hispanic person. I needed to rebrand and get some affiliates from Australia, some Caucasian guys with beards to show people that it actually works on anyone with a hairline.” 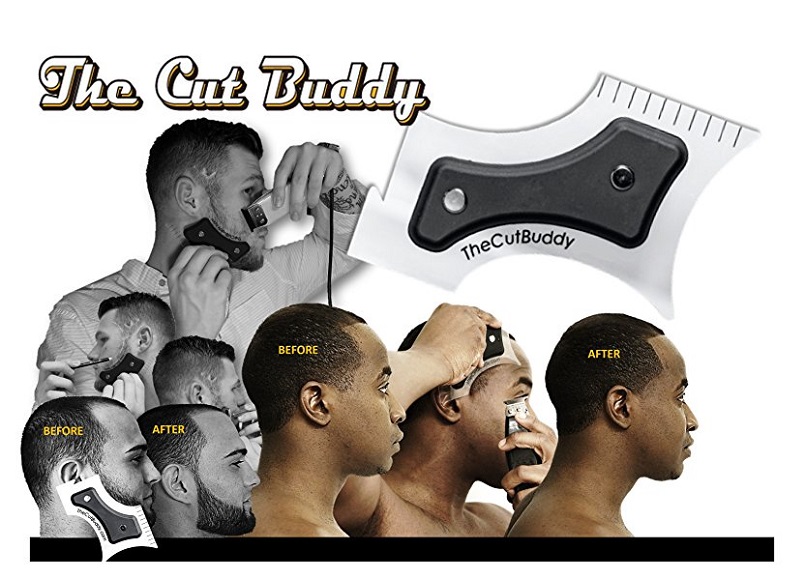 “Daymond is more of a mentor/friend that keeps me in line. He makes sure I stay clear of any dangers he may have had by telling me what he did.

Many people think that Daymond is involved in my life every day and doing the business side for me. We gotta realize that the guy has hundreds of companies that he owns and he has to run his own companies. It’s been more of a brotherly relationship. When he talks to me, we’re not talking fine, micro tasks that I need to get done, we’re talking more things like where’s your head at, is your head clear, how’s your son doing, things like watch out for these certain people that are going to come knocking on the door. So it’s more like mentoring and that’s really what I needed.”

Interestingly, Esnard says at one point on the show that “I felt like Daymond was trying to get out of the deal possibly and I just needed to bring him back in because I knew he was the right guy that could take me to the next level.”

“Daymond actually owns a group of businesses called The Shark Group and it has hundreds of employees.”

The group consists of a “team of expert communicators, strategic analysts and creative heavyweights.” Esnard says they are “helping me on the day-to-day basis with retailers, getting contracts, running promotions with other big shops.

Esnard is accomplishing goals and setting new ones

Since the show Esnard has been contacted daily by many wholesale clients interested in carrying the Cut Buddy in stores, fulfilling a major goal Esnard spoke about regarding expansion on the episode.

As the Cut Buddy takes off, Esnard has plans for his next phase. “The Cut Buddy I’m selling right now is just my first patent, I have a second patent for another version of a hair grooming tool and that’s going to be coming out in 2018.”

“I also have four prototypes of new inventions that I’m working on. They address a need in the household, it’s a simple lifehack tool basically, just like the Cut Buddy but not for hair. I have two other technology side ideas that I just started working on with a group of people, one being an app and one being something that has to do with 3D printing.”