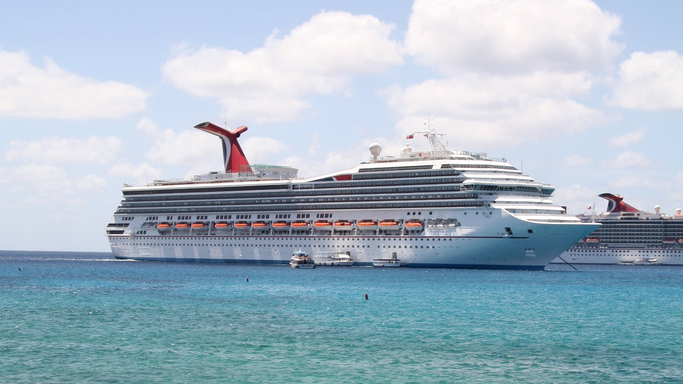 A St Lucian stranded at sea aboard the Carnival Dream cruise ship she works on spoke with Loop News, Wednesday, April 8, 2020, about her experience.

"For now, we stuck here, we cannot go anywhere, we’ve not been able to get off the ship since March 10. Nobody could have gotten off, nobody can get on. So we just here basically waiting. Waiting for us to go home, hopefully, that’s soon."

"We have no guests on board. We’ve been in quarantine from March 10, everybody is in their own cabin, we have to practice social distancing."

"Right now we’re not in port, we left Galveston (Texas), we’ve been anchored out in the middle of nowhere.

The crew has been told to wait until April 10 where everything will be clarified.

The crew member estimated that no more than 10 St Lucians are left aboard the ship.

"Some people are getting frustrated, they’re crying because they want to go home. We’re being fed, they’re not treating us bad on here. We just afraid that stuff like food might run out. We just stuck in the middle of nowhere, we can’t get supplies from anywhere.

Everybody’s ok, everybody is in good health. We have to do temperature checks every day. If you have the slightest cough or sneeze they put you in isolation."

She said people have been talking nonsense on social media as it relates to the virus being on the ship, noting that while cruise ships that have been to Europe have seen crew members stricken with the virus, “Nobody here has the virus. Everybody is healthy.”

"Hopefully, Chastanet helps us and we can get home. Hopefully, we don’t have to go through US immigration and all these airports because that would be putting us at risk even more.

I just pray that they at least get chartered flights for us so we can directly, from the ship, go on the plane and get to St Lucia or they could even use the ships to get us to St Lucia."

"Specific to our nationals employed by the cruise industry, we are collaborating with other government agencies on contacting the various lines and representative agencies to determine the total number of Saint Lucians that are currently in their employ. We are also discussing pointedly, the specific measures in place to protect the health and wellbeing of our nationals who make up their crew.

We continue to work on plans of action related to logistical arrangements associated with when and where ships will dock and the transporting of our nationals home. Our ability to provide specifics as to when our people can return depends on the location of the vessel, US Customs and Border Patrol (the agency that has to clear the vessel and those who disembark), and the opening of ports (including our own), and the coordination of flights."

The crew member noted that the dining room staff, bar staff and other departments remain on board but that most of the gift shop, casino, spa and art gallery workers went home because they were not directly affiliated with the company.

Those remaining on board completed cleaning and sanitizing all the bars and have moved on to the deck and engine which she anticipates they will continue doing until borders are opened for them.