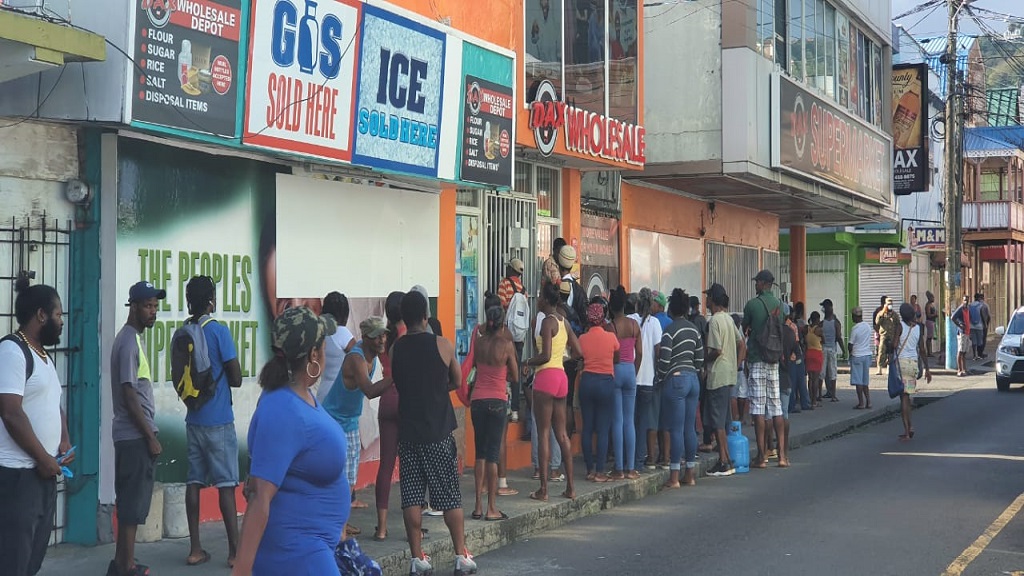 Upon announcing an immediate 24-hour curfew for the entire nation Tuesday night, Prime Minister Allen Chastanet justified the decision to close supermarkets to the public.

"The tough decision to close supermarkets with immediate effect is due to the fact that we are currently experiencing community spread of COVID-19. By allowing supermarkets to remain open, even if for just one more day, would defeat the purpose of social distancing as there will be a mass rush to purchase goods possibly allowing for further spread of the virus."

Based on scenes in St Lucia this morning, it may be that the social distancing project has failed once again, even with supermarkets remaining closed, as St Lucians rushed to briefly opened mini-marts to get essentials, at times standing outside stores in dangerously close clusters.

Upon announcing the 24-hour curfew the prime minister said: "In essence, we still remain in control of our own destiny. We can still get through this with minimizing the loss of lives but it's going to require a more stringent approach to social distancing."

Despite repeated encouragement that persons stay six feet apart from one another to minimize the spread of the virus, which the prime minister has said would help to prevent the health system from being catastrophically overwhelmed, persons can still be seen queueing closely together.

However, good social distancing was on display as well in some instances.

St Lucians rush to get supplies during 24-hour curfew

The lack of notice for the 24-hour shutdown had drawn criticism from Opposition Leader, Philip J Pierre, who said in a release: "The suddenness of it, with no prior notice, will cause much pain, panic and despair to many people, especially those who do not have the capability to stock essential commodities in quantities that can last as long as the stated lockdown."

Prime Minister Chastanet announced the opening of mini-marts and bakeries late last night, from 6 am this morning until noon. The same opening hours will apply on Monday, April 6.

During that announcement, the prime minister again cautioned: "Please remember to practice Social Distancing when out in public, especially when in community shops. If you possess one, you are encouraged to wear a respiratory mask when out in public. Avoid loitering, handshakes, hugs and other forms of physical greetings."

Watch: Calls in Paris for protest over Floyd, Traore