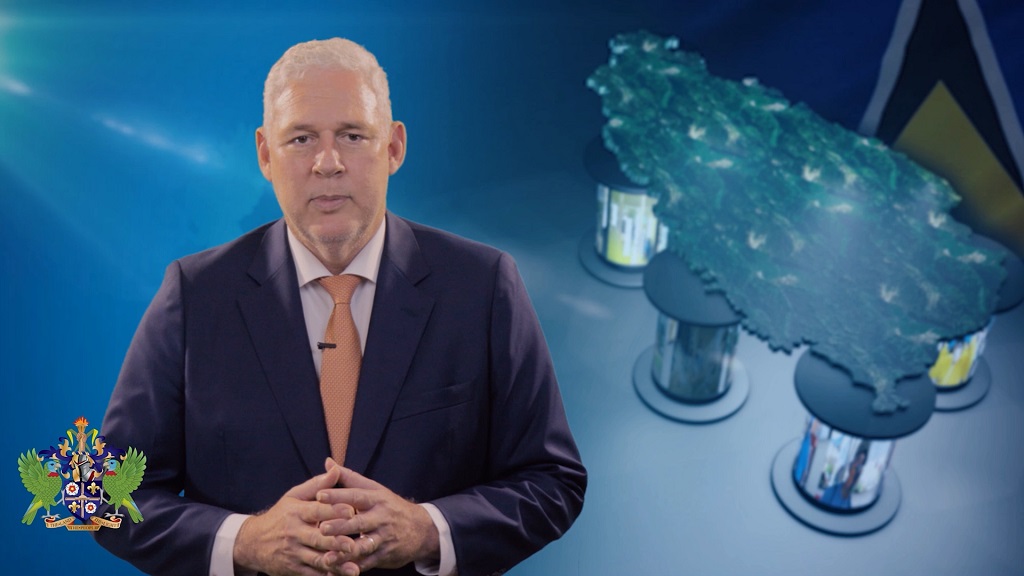 The Office of the Prime Minister has issued a press release titled, "Saint Lucia’s Economic Recovery and Resilience Plan Focuses on Stimulating the Economy, Protecting Livelihoods and Support to the Vulnerable."

The release is printed in full below:

“We have laid the groundwork for success and COVID-19 will only cause us to push harder, be more ambitious and determined,” said Prime Minister Chastanet while calling on all Saint Lucians to come together in support of the recovery of our nation.

The Economic Recovery and Resilience Plan, presented jointly by the Prime Minister, the acting Permanent Secretary of Finance Esther Rigobert, and a team of professionals from various Government Ministries, follows Saint Lucia’s phased approach which included the Public Health Response Plan and the Social Stabilization Plan.

The recovery plan was designed after extensive consultation and is budgeted at $579.33 million.

Prime Minister Chastanet explained that the plan is intended to resuscitate the local economy with the support of public, private and civil society and is geared towards stimulating the economy and protecting the incomes and livelihoods of all Saint Lucians, as well as to support and protect the business sector from the threat of insolvency.

“The Recovery and Resilience Plan aims to generate employment and provide income to affected households through an ambitious portfolio of shovel ready capital investment projects.

The plans will focus on expanding the number of households who are currently on Saint Lucia’s public assistance programmes, who were previously unemployed, as well as providing support to other vulnerable sectors of the society,” explained the Prime Minister.

The well laid out plan includes six pillars with the aim of holding the nation up with the following measures:

During Sunday’s presentation, each pillar was broken down in detail starting with stimulating the economy which will include eight interventions, among them incentivizing the commercial and banking sector to lend to micro, small and medium-size entities and to allow the Saint Lucia Development Bank to provide blended (loan/grant) support to micro, small and medium-sized enterprises with a focus on food security and adoption of digital technologies.  The government of Saint Lucia has committed 3.1 million dollars, to revitalize their businesses.

The next pillar to recovery is the fast-tracking of shovel ready capital investment projects already cemented in government’s plans for the medium-term development strategy for 2020-2023 since Government had already secured $396 million at concessionary terms for public sector capital projects.

The plan also encourages the rollout of private sector shovel ready initiatives and to stimulate domestic demand the Government encourages local procurement of good and services and will utilize local businesses for the procurement of good and services in keeping with the highest quality standards. These policy interventions are expected to generate over 1500 jobs, increase disposable income and provide much-needed financial injection into the local economy. 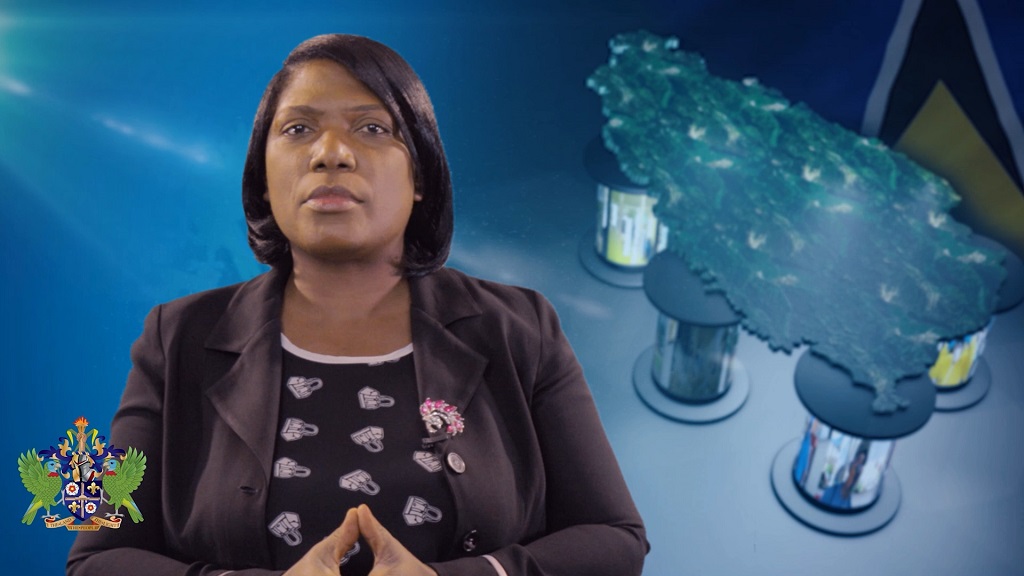 Acting PS in the Ministry of Finance, Esther Rigobert

Pillar three showed that the Government continues to support the most severely affected households by Strengthening Social Protection Systems.

To shield households from the impact of COVID-19, the Government of Saint Lucia has taken the bold step of expanding the number of poor households on Saint Lucia’s Public Assistance Programme by an additional 1,000 households.

There are several other methods the Government announced to support the vulnerable, including increasing the cash transfers to the over 280 households receiving Child Disability Grant from $200 to $300 monthly and a similar top-up to the 183 households receiving Foster Care Grants, while the Persons Living with HIV Grant will be increased to $200.00. The Government will also provide Personal Protective Equipment COVID-19 Hygiene Care Packages to the indigent, and vulnerable.

The Economic Recovery and Resilience Plan also outlined in pillar four the “Love Saint Lucia Campaign” which was launched recently, support to farmers and fishers and even more support to medium and small businesses. The Public Health Response of pillar five focused on interventions in health care and pillar six spoke to resilience building which encompassed water security and resilient infrastructure.

In the plan, acting PS of Finance Esther Rigobert outlined the push towards economic diversification, stating: “While the measures presented in this economic recovery and resilience plan are geared towards stemming economic contraction and curtailing the impacts of the pandemic the Government remains committed to its medium to long term goals.

PM: Something for everyone in Economic Recovery Plan