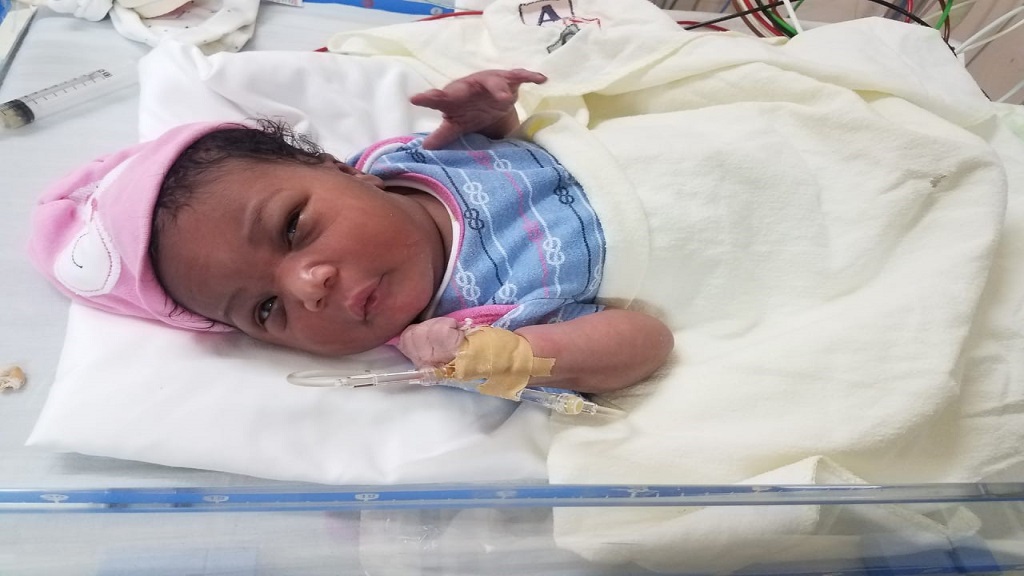 Nadia Aurelien is the joyful mother of Saint Lucia's first baby born in the new year and the new decade.

Nadia described the delivery saying, "There was three of us in the delivery room at the time, of course, I was behind and the other two ladies was in front... when I started feeling contractions, they told me to breathe, don't just push but it was so painful, it's hard to not push, you cannot breathe during that so I just started pushing and when they checked me again they said, 'oh my God, the baby head is already there.'

The proud mom said, "it was really hard but I gave birth to a beautiful baby girl. She is 7 pounds, 7 ounces, healthy baby, she in the nursery now, they just checking on her because her sugar is a bit low but apart from that everything is well, she's ok."

Nadia said that post-delivery she experienced a lot of pain, "I was here from since the 29th, as soon as I came in I was brought to the labour room but I was in and out."

She says now there is, "just little pains in my tummy and my thighs because my legs are a bit weak, but apart from that I'm ok."

Nadia says she has already prayed to God to guide little Acadya's steps as her life's journey begins.