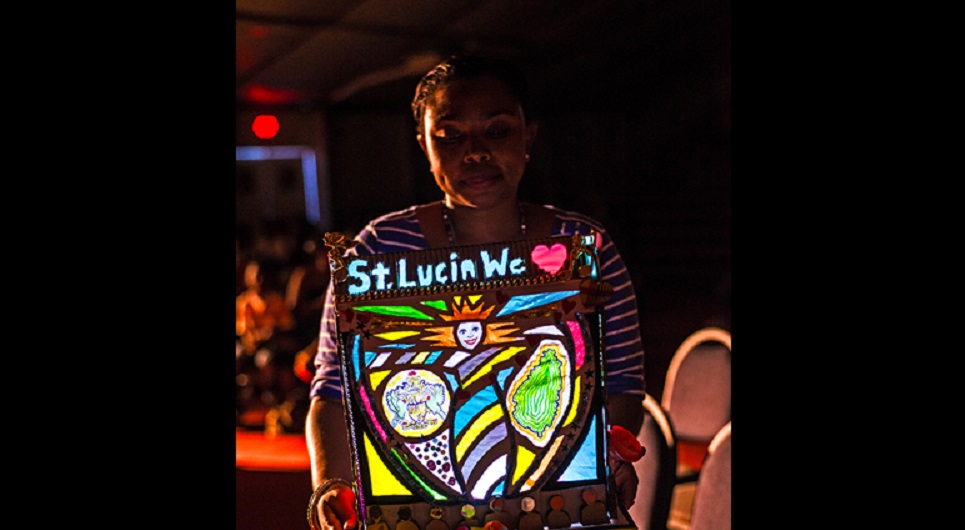 The yuletide season is set to begin on Saturday as St. Lucians of all ages converged at the National Cultural Center to display their creativity in lantern making.

Lantern building is an event that dates back many, many years and has become a tradition in St. Lucia with training workshops hosted by government and the Cultural Development Foundation (CDF) held frequently to ensure its longevity.

The goal of the workshops is to educate and create understanding of the country’s culture and craft traditions.

The lantern makers will be competing on Saturday in three different categories for cash prizes.

The categories are National, Traditional and Original.

There will be junior and senior sections.

In the senior category the first place winner will receive $800, second place $500 and third place $300. A $1500 prize will be given to the overall winner of the competition.

From the lantern competition the action moves to the Festival of Carols the following day, another tradition in the yuletide season that is greatly enjoyed by those who attend.

Usually held at one of the catholic churches on the island, choirs from all over the country engage in friendly competition of sorts.

This event will be held at the Jacmel Catholic Church at 7:30 in the evening and will be under the patronage of Her Excellency Dame Pearlette Louisy.

After this all eyes will be on December 12, when the Castries City Council, in conjunction with the CDF will host the Festival of Lights ceremony at the Derek Walcott Square, a tradition that dates back decades and has never failed to produce St. Lucians in their thousands who relish the opportunity to mingle and take in the elaborate array of traditional dances, story-telling, costumes and other types of performances by some of the country’s best known artistes and performers.

This is followed by the switching on of the lights on the Square and in other parts of the shopping center of the City of Castries.

Thousands of lights are beautifully strewn across the city, especially in the Derek Walcott Square, an event that is truly St. Lucian.

This is also the time when it is said that St. Lucians officially moved into celebratory mood in preparation for Christmas Day and the upcoming New Year holiday.

Record travel season expected in US