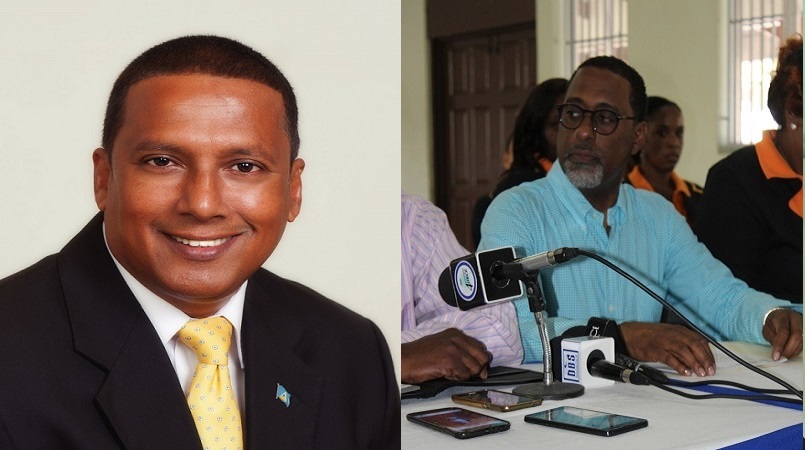 The announcement by Minister Guy Joseph on 28.05.2018, represents a vindication of the message delivered by the SLMDA on behalf of its members, health workers and the public.

It puts in context, the verbal abuse that my Executive and I have been subjected to by party sympathizers of the government and in particular, the very Minister who spoke on behalf of the government. The degree of irresponsible, self-inflicted damage he has caused his government and the nation both here and abroad, spewing defamatory slurs at a body of noble professionals for defending good public conscience, is unimaginable and unthinkable and is simply beyond the pale.

And so, while we can acknowledge that the government has finally conceded to doing the right thing, as is this small step in the right direction, they must remember that the duty of the SLMDA still remains as guardians of the public trust. We will continue to be vigilant and vocal, and advocate No to PPP/Joint Ventures at the OKEU and SJH, and especially where it is shrouded in a lack of transparency and clear benefits to the public.

The continued lack of transparency and collective inclusion in consultations on these important healthcare matters, not to mention the lack of a definitive and coherent policy to resolve this urgent healthcare crisis, continues to be unacceptable. SLMDA continues to register its strong objection to the chaotic and pedestrian manner in which such critical issues are handled on the people’s behalf.

SLMDA released its position paper on the healthcare crisis to the Prime Minister just short of one week ago. We still await the expected courtesy of an official acknowledgement and a date for dialogue at his earliest convenience. However, we denounce the government’s attempts to designate any third party to usurp the constitutionally elected Executive entrusted to represent our membership. SLMDA will not tolerate any pre-conditions or dictates from the government as to how and who constitutes its engagement team. Let us be very clear that they must engage us as an equal partner in this process while respecting our authority and mandate.

As regards the completion of St. Jude Hospital (SJH), the government should disclose publicly a time and cost-specific schedule. The final technical audit report ought to be made public and the start date for commencement of works on the East Wing be given immediate effect; our technical experts have indicated that a short but phased approach of a maximum of no more than four months should suffice.

The remainder of the hospital can be completed in a maximum of ten months. SJH should continue to remain statutorized but as a fully public operation. Our workers and patients need immediate relief from the George Odlum National Stadium.

The re-commencement of transitioning at OKEU needs to start immediately and completed in a maximum time of three months. The National Health Insurance should be governed by a Statutory Authority, where savings are to be reinvested in enhancing services, equipment, personnel and physical plants.

In the coming days the SLMDA will be putting the Labour Commissioner and the Public Health Department on notice as we intend to deal with the increasing complaints from our healthcare workers in relation to the worsening working conditions. These appalling conditions along with deteriorating and failing equipment at our main healthcare facilities poses increasing medico-legal risks to us physicians, while endangering the lives of patients. How can that ever be acceptable?

We will no longer sit in silence while being blamed by the authorities for adverse events and misadventures occurring during our quest to save lives under these deplorable and inhumane conditions. In the interim, our governments must do some soul searching and find their conscience in deciding whether they represent special interests or the interest of the public who elected them to office.

SLMDA looks forward to and pledges its support to work with whichever government is elected by the people to serve the people. Let me on behalf of my Executive and membership express a heartfelt thank you to the people of St. Lucia (both here and abroad) for your phenomenal support, trust and confidence in believing in the SLMDA to stand up and defend your cause because it is the right thing to do.

SLMDA would like to call on the government to engage all stakeholders and the public on these healthcare matters at the earliest in an honest, objective and transparent manner as promised by the Prime Minister. SLMDA reminds the government that as a stakeholder, SLMDA is best positioned to make suggestions and give advice in a way in which no other stakeholder can contribute, being engaged actively in healthcare delivery on a day to day basis. We note that Minister Joseph made absolutely no mention of the SLMDA in articulating the government’s new policy on healthcare, which is understandable based on his previous vituperation.