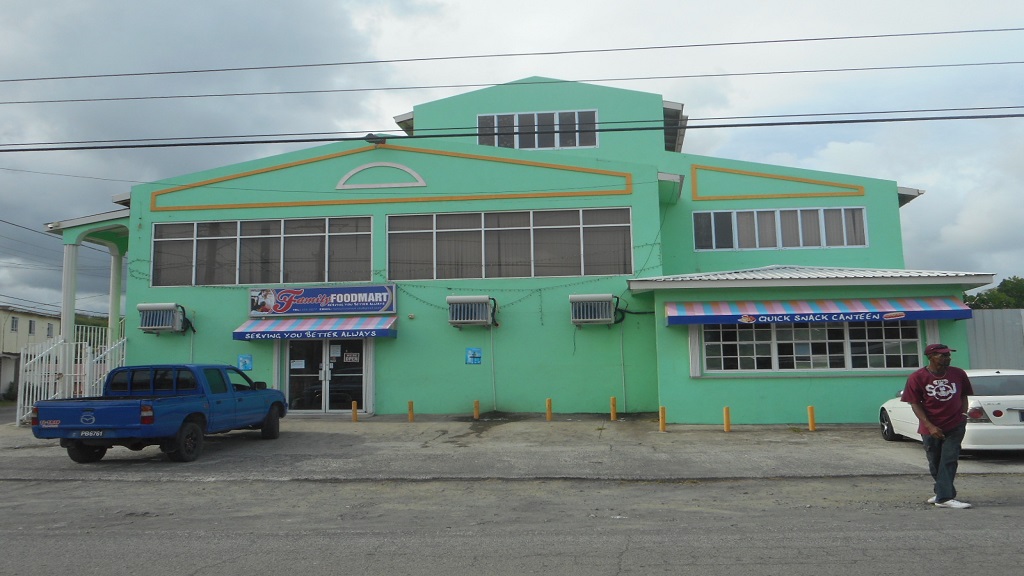 Police in Vieux-Fort are currently investigating the robbery of a supermarket in the community from which an undisclosed sum of money and a quantity of items were stolen.

The supermarket, Family Food Mart, located in La resource, Vieux-Fort, was robbed by two masked men, one of whom had a gun. The robbers, in what appears to be a well-crafted plan, barged into the establishment when it was opened by the security guard on duty to allow an employee to leave the building.

The incident, which left employees of the supermarket bewildered, terrified and traumatized, occurred on Monday just after 9.00 p.m when the establishment was about to close.

Upon realizing that the supermarket was being robbed, the staff made a dash for cover but was all forced into a building by the robbers, who then proceeded to the accounts department where they stole an undisclosed sum of money. They also searched the bags of the employees.

When Loop News visited the supermarket yesterday, its staff was still struggling to come to terms with the harsh reality.

Commenting on the incident, the manager of the supermarket, Vitalia Harris, said the incident has left her very traumatized. She said she was in the accounts department when the robbers stole the money but could do nothing about it.

Geddes Joseph, the lone unarmed security guard at the establishment at the time of the incident, said; “Up to now I can’t eat. I was shaking. It’s just terrible, very terrible…”

According to the visibly shaken security guard, he had just opened the door for an employee to leave the building when he encountered the shock of his life.

“The men, who were all in black just rushed into the building. One of them had a silver firearm in his hand. When they entered the building, they told us to go in the manager’s office, which we did,” Joseph recounted.

The robbers were captured on the CCTV camera in the supermarket committing the act. In the footage, staff of the establishment could be seen holding their chest, and making certain gestures, as if appealing for divine intervention.

The men made their escape on board a waiting vehicle.

No one was injured during the robbery.

It is the first time such an incident has occurred at the supermarket which was opened two and a half years ago.