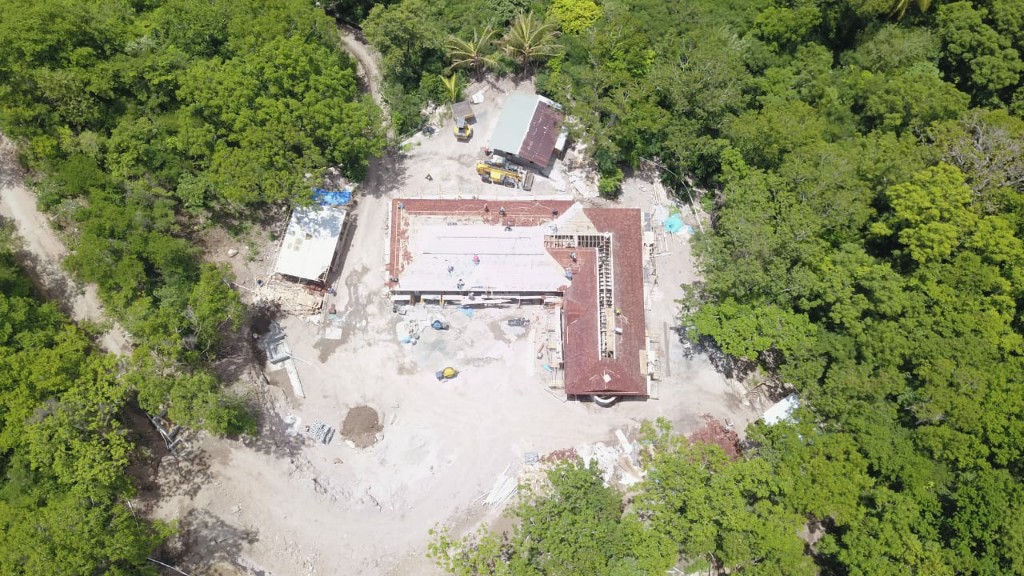 "Let me first start by saying that as the Minister for Planning and a proud product of the community of Soufriere, I treasure our World Heritage Site Pitons," Parliamentary Representative for Soufriere and Minister for Planning, Herod Stanislas said, reassuring the nation that the Department of Planning and the Development Control Authority (DCA) has abided by the laws and the rules governing the Pitons Management Area.

"At no time was any aspect of the development in question approved that would threaten the designation of the Pitons Management Area as a World Heritage Site."

The guidelines for the PMA were developed by the Government of Saint Lucia and are contained in the PMA and the Soufriere Region Integrated Development Plan, otherwise known as the Hyder report, 2008, and The Limits of Acceptable Change (LAC) Study of 2013.

"It is important that everyone, however, understand and recognize the history of the estate in question which falls under Block 0025B Parcel 4 measuring 76.6 acres located within the Pitons Management Area (PMA) - an area known as Anse L’Ivrogne," Stanislaus said.

According to him, the property was agreed to be sold by Mondesir Estates to a senior business executive from Canada in January of 2015 under the tenure of the former administration.

"In a letter dated October 2015, the lawyers for the new prospective Canadian owner wrote to then Prime Minister and Minister of Finance, Dr Kenny Anthony seeking, “Incentives pursuant to the Special Development Area Act.”

In his letter the lawyer indicated that the property was being acquired “from the Mondesir Family in Soufriere for the purposes of constructing a large multi-family villa and other amenities to be used as vacation unit and luxury rental units.”

The lawyer further stated in his letter to Dr Anthony, and I quote: “Most of the property is located in the restricted no build area of the World Heritage Site and as such it is the clients desire to have designed and erected an eco-friendly luxury property to be enjoyed by visitors in keeping with the area. After reviewing the LAC Report and discussions with the relevant ministry the client is satisfied and as such is looking to close the sale on Friday 30 October 2015.”

By letter dated December 28 2015, then Prime Minister and Minister for Finance Dr Kenny Anthony, granted the proposed buyer the status of an “Approved Developer.”

The exact quote from Dr Anthony’s letter reads: “Subject to the resolution of all outstanding issues regarding the status of that part of the property which falls within the World Heritage Site I am pleased to advise you that pursuant to Section (4) of the said Act, Mr Geoffrey Robillard has been granted the status of ‘Approved Developer.’”

That designation entitled the property owner, according to Dr Anthony, to a 50 per cent waiver on stamp duty and vendors tax.

The announcement of this decision by Dr Anthony also appeared publicly in the January 25 2016 issue of the Saint Lucia Gazette.

The deed of sale for the property is dated 19 January 2016, also during the tenure of the Dr Anthony administration.

It was not until September 2016, that this current administration became aware of this sale via an application submitted to the DCA for a touristic proposal for land use and concept for approximately 0.4 hectares or one acre of the area which also proposed a long list of amenities to be built.

The technical staff at the DCA conducted an assessment and appraisal of the proposal and made a recommendation for rejection of the plans submitted by the developer. The staff of the ministry made these recommendations on the basis that the proposed development site falls within policy area 1 of the Pitons Management Area and according to the Design Guide of the Limits of Acceptable Change Study of 2013.

Which means that our administration rejected the initial plans of the developer due to the fact that it was not in keeping with the rules which govern the area.

On March 13 2017 the applicant submitted another application to the DCA for Approval in principle for land use and concept to construct a one storey single family residential building on 264.4 sq m or 2846 sq. ft. on the same area.

This was a completely redesigned structure which the DCA advised had met the criteria of the LAC, hence approval was granted for a structure which keeps to the guidelines and aesthetics of the area.

The approved construction was in an area which had already featured an Estate House.

I wish to make it clear that at all times the DCA and the Ministry of Planning have been monitoring this development to ensure it is in keeping with the guidelines. As regards this property, at no time has the DCA approved any new development within the no build zone of the Pitons Management Area.

I wish to reiterate: The property under discussion was sold and the purchaser declared an “approved developer” in 2015 during the Kenny Anthony administration.

Our Government has simply ensured that the development is in keeping with the guidelines of the Pitons Management Area."