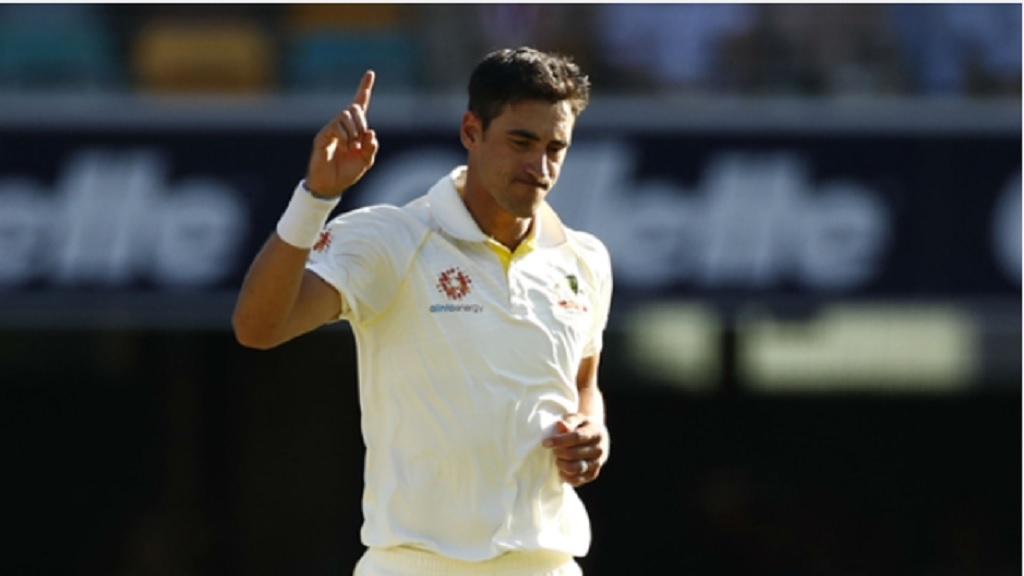 Australia quickly seized control of the first Test with Sri Lanka as the tourists were bowled out for 144 on day one at the Gabba.

A dismal batting display saw Sri Lanka end Thursday's play with just a 72-run lead as the hosts swiftly set about a response and reached stumps at 72-2, with Marcus Harris unbeaten on 40.

Mitchell Starc (2-41) had brought up his 200th Test wicket, while Pat Cummins starred with figures of 4-39 and debutant Jhye Richardson impressively contributed 3-26 in a Sri Lankan innings that stuttered from the off.

This one-sided first day was at least harsh on Niroshan Dickwella, who admirably carried the visitors' cause with a brilliant 64 but could not bat out the day.

Harris and Nathan Lyon, still without a run, instead ended play at the crease as Australia look to set a big target on day two.

Sri Lanka won the toss but would soon regret their decision to bat, with Lahiru Thirimanne (12) surviving an lbw call to Starc - waiting on his landmark wicket at the time - before soon departing to Cummins as he edged to third slip.

Wickets fell steadily from that point and Richardson had his Test breakthrough bowling to Dinesh Chandimal (5), while Lyon got Dimuth Karunaratne (24) to limit the tourists to 58-3 at tea.

Richardson further stepped up the pace as play resumed and a beauty took out Kusal Mendis' (14) off stump. The same man struck again as Dhananjaya de Silva (5) edged behind.

Roshen Silva (9) was next to go and even Dickwella endured a tough start, surviving a drop on 11 and then seeing partner Dilruwan Perera retire hurt.