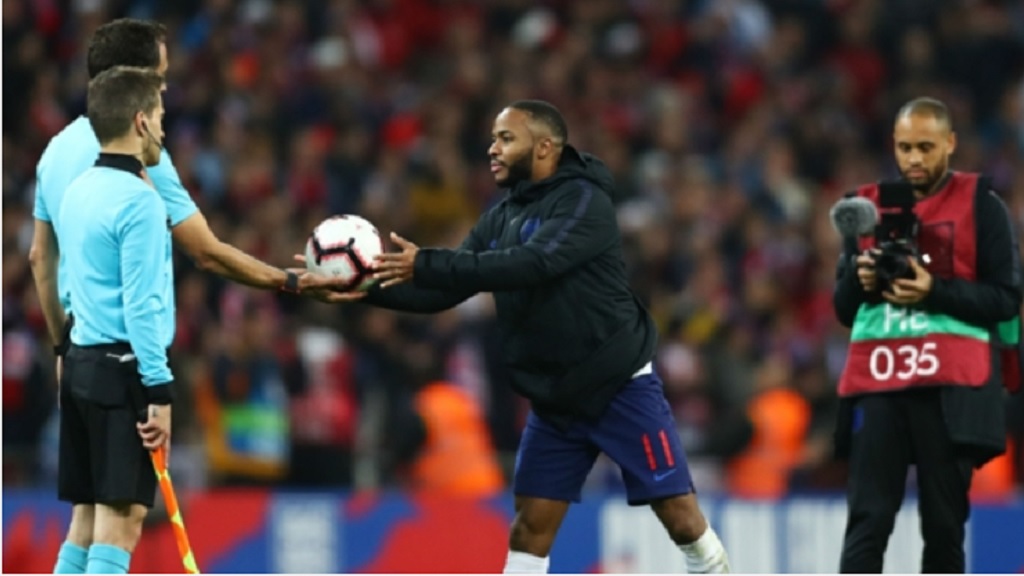 Gareth Southgate hailed hat-trick hero Raheem Sterling for turning his England career around after the Manchester City star's treble led a 5-0 demolition of the Czech Republic at Wembley.

Sterling also won a penalty for captain Harry Kane to get on the scoresheet amid his three-goal salvo as Southgate's men made an emphatic start to qualifying for Euro 2020 on Friday.

Established as one of City's most reliable match-winners as they chase honours on multiple fronts this season, Sterling has not always thrived so easily in an England shirt.

His first 45 caps yielded just two goals and six tireless displays on the way to a fourth-place finish at Russia 2018 ended with him failing to find the target.

Southgate believes the 24-year-old's coolly taken brace in October's 3-2 Nations League triumph over Spain could come to be looked back upon as a watershed moment for a player now of pivotal importance for club and country.

"We can't hide from the fact that he's had difficult moments with England and he's turned that full circle," said Southgate.

"I also think the goals in Spain were an important moment for him. You could see the release that had brought. And his finishes there and tonight were finishes that he was just taking on without thinking too much.

"At times, you could almost see the thought process in the past, but he's hungry for those goals. I know he's spoken about that before – of how he's added that incentive to his game – and I thought he was devastating."

England are not short of livewire attackers in wide areas, with Jadon Sancho celebrating his full debut by laying on Sterling's opener before the Borussia Dortmund man's fellow 18-year-old Callum Hudson-Odoi enjoyed a lively maiden international appearance from the bench.

The Chelsea winger's 84th-minute shot brought about an unfortunate own goal from Tomas Kalas to complete the scoring.

To these players and others, Sterling has taken on something of a mentoring role – one in which Southgate feels he thrives.

"He’s in a really confident moment, not only on the field but off the field he’s so mature and comfortable in himself," he added.

"I've put him into the leadership group that we have. I think he's showing those signs, I think he's a role model for the younger players coming in.

"He's really focused on his training and his preparation and I think he's enjoyed that extra responsibility as well."