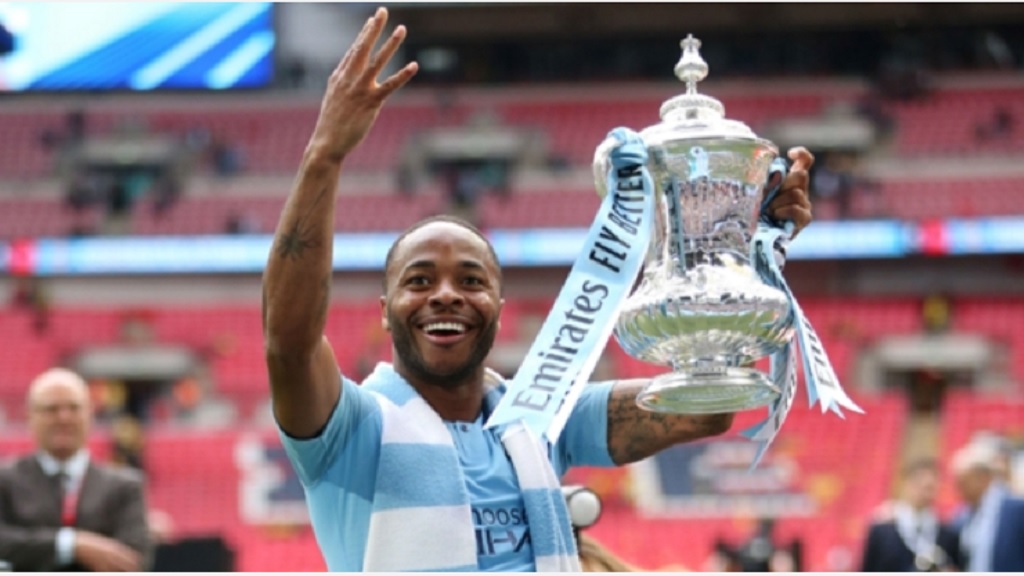 Raheem Sterling with the FA Cup.

Raheem Sterling believes Manchester City's players have not been shown the respect they deserve when it comes to individual awards.

City are set to relinquish the Premier League title to Liverpool in the coming weeks but had previously won the trophy for two successive seasons under Pep Guardiola, who has also won the EFL Cup and Community Shield twice, as well as the FA Cup, during his time in England.

Manuel Pellegrini also managed to win the league with City in 2013-14, two seasons after the club secured their maiden Premier League triumph in dramatic fashion on the final day of 2011-12.

However, while City stars have dominated the PFA Team of the Year over recent campaigns, and Sterling himself has scooped the Young Player of the Year prize – as has team-mate Leroy Sane – the England forward still feels the club is not represented enough.

"Especially in the last year where we have won the domestic quadruple including the league, to not have a player winning PFA Player of the Year kind of speaks for itself really," Sterling told AS.

"The award was given to a Liverpool player [Virgil van Dijk] who had a fantastic season but I look at previous seasons as well when Yaya Toure scored 20 goals from midfield and he didn't win Player of the Year.

"Also, Sergio Aguero has been at the club for more than seven years and has scored unbelievable goals during this time, yet none of City's players have won it.

"It is impossible to win the league four times and none of the players were Player of the Year.

"So, this year Liverpool win the league and a Liverpool player will win the Player of the Year for sure. We won the league four times and we were not treated with the same respect.

"The first year we won the league [under Guardiola], Kevin De Bruyne was unbelievable and they gave it to another player [N'Golo Kante].

"Every year we win a major trophy and it's given to an opposition player. It's that sort of thing that doesn't depend on us, but we keep going."

Raheem Sterling suspended by England after bust-up with teammate