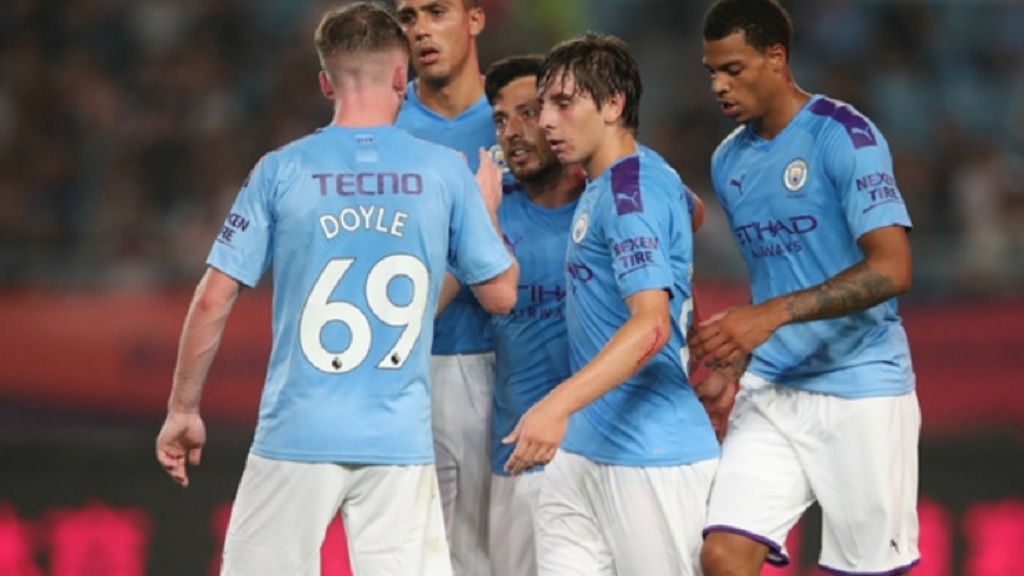 Raheem Sterling struck a brace and Rodri made his debut as Manchester City came from behind to comfortably beat West Ham 4-1 in a pre-season friendly in China.

Mark Noble converted a 26th-minute penalty but David Silva and Lukas Nmecha, who also scored from the spot, combined to overturn City's deficit by the break.

England star Sterling took charge from there, scoring twice after his half-time introduction to give Pep Guardiola a winning start to the tour of Asia.

Club-record signing Rodri lasted almost 70 minutes on his first appearance since joining from Atletico Madrid for a reported £62.8m.

Left-back Angelino, brought back to Manchester after a season at Eredivisie side PSV, also started and it was his blatant handball that gifted Hammers captain Noble the opener.

Two composed finishes from Sterling in the space of 13 second-half minutes completed the scoring and booked City's place alongside Wolves, 4-0 victors over Newcastle United, in Saturday's final of the Premier League Asia Trophy.

West Ham meet Newcastle in the tournament's third-place play-off before returning home to face Fulham, for which new signing Sebastian Haller should be available.

Sterling urges more players to speak up against racism