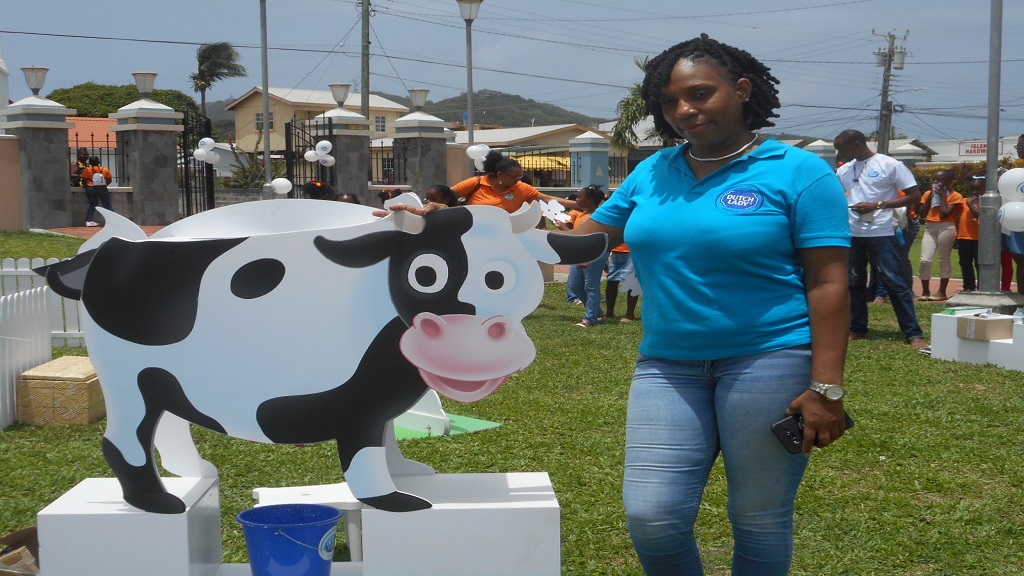 For the first time, primary schools in the south of the island experienced “World Milk Day” which over years was celebrated in the north of the island.

The event, which was held on Friday at the Vieux-Fort Public Square, involved the distribution of Dutch Lady Milk, cookies and school supplies to the students, and engaging them in a variety of games.

The event generated much excitement among the students, who were captivated by some of the activities, especially the milking of the replica cow, which was the highlight of the day’s event.

According to Sylvia Auberto, brand manager of Dutch Lady Milk, from Peter and Company Distribution, the exclusive distributor of that milk on the island, they decided to bring the event to the south of the island because it is getting bigger.

“We decided to come to Vieux-Fort because we are growing bigger and better, and want to engage as many students as possible in the event,” Auberto told Loop News.

She said World Milk Day, which is held annually, is of much significance to the students because on that day they are being sensitized on the importance of milk, which is given to them. She added that on that day, they always try to engage the students in one way or the other in order to have them appreciate its importance.

“We believe it is important to let the students know that milk is important to them as part of a balanced diet as they grow, especially for strong bones and strong teeth,” Alberto said.

She advised the students to drink milk today and every day.