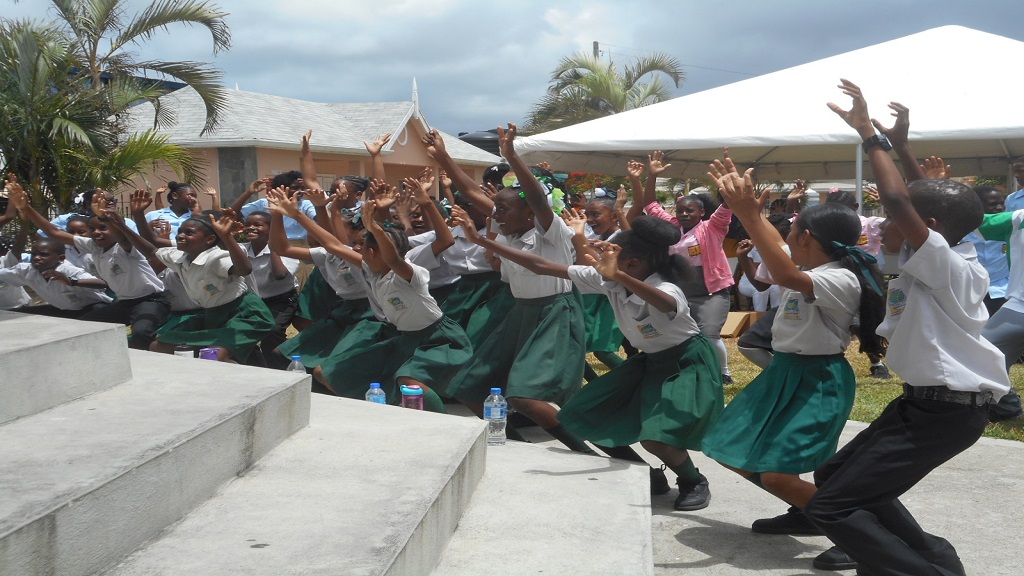 An appeal has been made to students of Vieux-Fort and environs to beware of the deadly effects of tobacco smoking.

The advice came from Dr Shana Cyr of the Ministry of Health and Wellness at a rally to commemorate “World No Tobacco Day” which was held at the Vieux-Fort Public Square yesterday.

“If you smoke stop it, and if you don’t smoke don’t start,” Dr Cyr admonished the students.

The event, which generated much excitement among the students, was organized by the Department of Health and Wellness (Substance Abuse Unit). It also included a march in the community, where participants displayed placards highlighting the dangers of tobacco smoking and urged persons to desist from the harmful social habit.

“Tobacco smoking is the main cause of lung cancer. It causes every cancer we can think of or come across,” Dr Cry said, adding that it also causes cancer to persons who do not smoke but are exposed to smoke.

She made a special appeal to young people to make every day a “No Tobacco Day” and avoid the temptation of smoking. 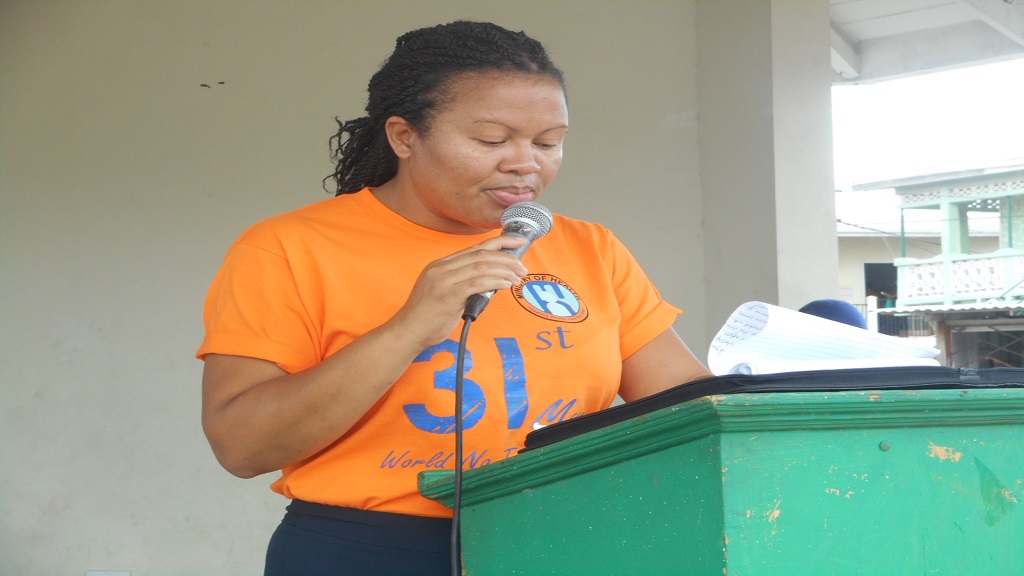 “Too many of you young men and young women smoke too early, smoke too much, and mixed cigarettes with marijuana…It causes Chronic Obstructive Pulmonary Disease (CODP), Dr Cyr said.

She highlighted the effects second-hand smoking has on the unborn child. “The smoke passes on to the unborn child through the mother’s uterus, which results in the child’s lungs not been developed properly,” Dr Cyr explained.

According to her, research has shown that “children who smoke without smoking” (smoke inhaled involuntarily from tobacco being smoked by others) tend to develop pneumonia and asthma.

“Too many children like you hear today are inhaling cigarettes smoke…” she lamented, urging them to try to avoid being around people while they are smoking.

She recounted the testimonies of victims of smoking whose life went to waste, adding that there is a lesson to be learnt from them.

The ceremony was also treated to various presentations from students and organizations, and other activities which had the students doing simple exercises under the instruction of the president of the Saint Lucia Diabetic and Hypertension Association.

At the end of the event, several students told Loop News that they enjoyed the activity immensely.

“The event was enjoyable and informative,” one student said.