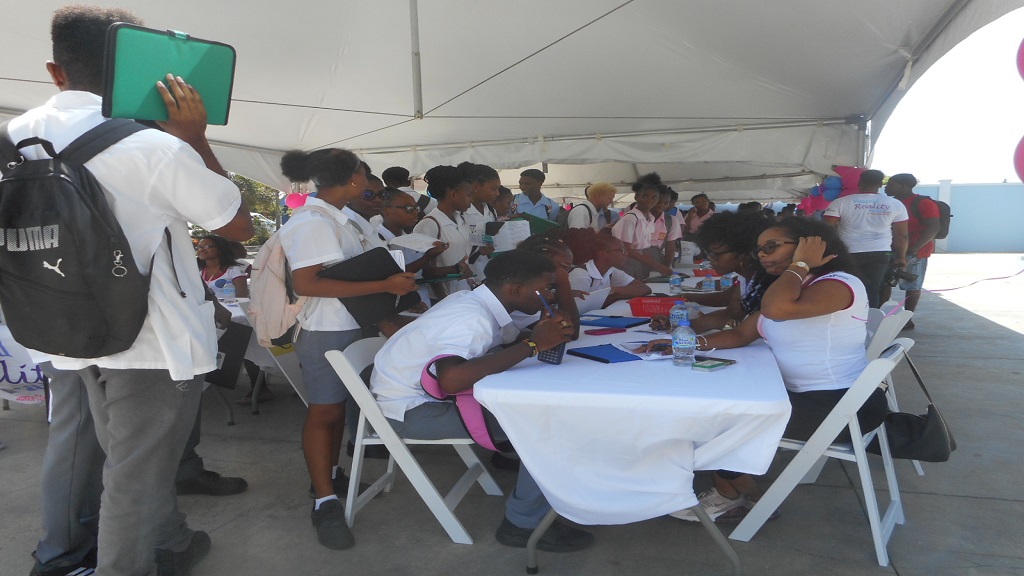 The event, which was held on the compound of its Vieux Fort branch, was designed as a simulation to encourage students once they have acquired their first job, to budget their money and determine how they are going to spend their first salary.

The fair generated much interest among the students who expressed satisfaction with what they had learnt.

According to the credit union’s Member Relations and Marketing Officer, Jeanell Garness, the simulation will help the students as it relates to decisions relating to expenditure on housing, clothing, food, grooming, among others, which will confront the students when they begin to work.

She said students who have gained employment after attending the exercise have praised the Laborie Credit Union for what it has taught them.

“People who have started working came back to the credit union to say, “thank you” for putting on the simulation because it has helped them make better decisions,” Garness told Loop News.

She added that they say the exercise taught them the importance of saving as opposed to spending their entire salaries.

According to Garness, the fair also made the students appreciate the challenges their parents experience on a daily basis, such as going to work daily in order to ensure they provide them with food, clothing and shelter.

“A lot of the students say they wish they would remain as children because they never imagine the type of decisions their parents have to make on their behalf,” she said.

Parents concerned about lack of preschools in Laborie