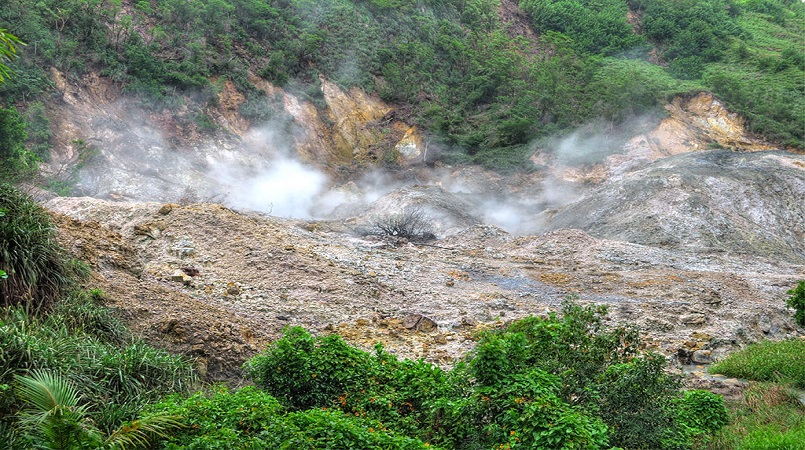 Staff members at the Sulphur Springs Park were greeted with a sight of utter disbelief and dismay as they were wrapping up their daily operations on Tuesday, 16th January, 2018.

Mr. Pontian Simon, Tour Coordinator, within the Sulphur Springs Park expressed that in his customary park routine checks, he noticed an unusual amount of water gushing from a newly installed storage tank. Upon closer inspection, he realized that it was not only this tank that had been leaking.

“It so happened that I went to the middle where the newly installed ten (10) 1,000 gallon tanks were installed to help with the water situation at Sulphur Springs Parks. When I arrived there, I actually heard the water dripping, to my surprise it was water splashing out. It appeared that somebody used a sharp object to slash the tank!”

“This was very disappointing. For someone to slash those tanks during the height of the tourism season really speaks to what I would call domestic economic terrorism.” expressed the Executive Director.

To compound on an already dismal occurrence, earlier during that day, a carpenter reported that a pole that had been inserted into the ground for the purpose of constructing a security post was brutally uprooted and discarded.

Both incidents precipitated a profound sense of annoyance and condemnation. The series of malicious occurrences comes amidst a multitude of efforts by the organization to enhance the quality of services.

In the pursuance to uphold a standard of excellence, Mr. Haynes stated assuringly, “We will replace those tanks. It will probably cost us about $12,000 to do so, but we will pursue the perpetrator(s) of this attack and we will bring them to justice.”

The Soufriere Foundation is a non-profit company located in Soufriere. Its mandate is to undertake social, cultural, human resource, tourism and infrastructure development in the Soufriere area. The organization which was established in 1993 generates revenues from its operational sites: the Sulphur Springs Park, Gros Piton Nature Trail, Comfort Center, Soufriere jetties and 88.5 Soufriere FM.