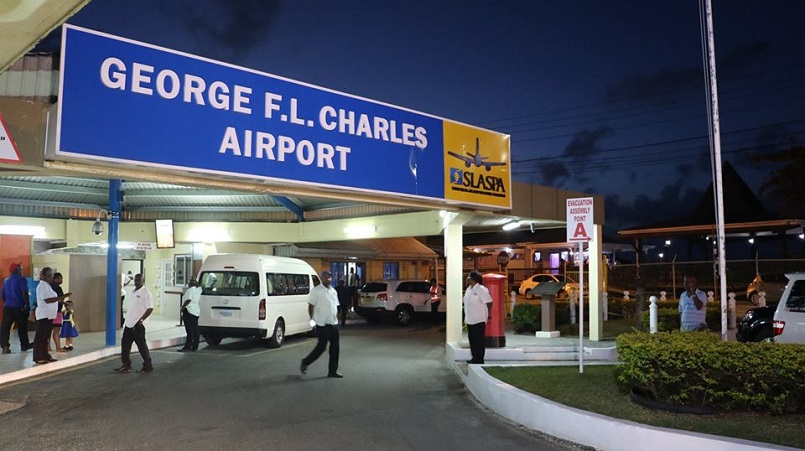 Lambert Remy, Director of Airports at the Saint Lucia Air and Sea Ports Authority (SLASPA) said the airport activated its emergency protocols immediately on receiving a telephone call claiming that a bomb was located somewhere on the premises.

Lambert told reporters that the call was received at about 5:50 a.m. and that everyone was evacuated to allow the authorized personnel to search for the threatening device.

He said that by 8:30a.m. supervisors were allowed back onto the airport which re-opened for business exactly 30 minutes later.

He promised a more comprehensive statement would be forthcoming from SLASPA later. Efforts to get a comment from SLASPA’s Managing Director about the threat, what the emergency protocols entailed, how much of a loss the statutory body may have suffered as a result of the three hours lost were futile. However, a spokesperson from SLASPA promised to get back in touch as quickly as possible.

Meanwhile, classes at the nearby St. Mary’s College were cancelled for the day as access to the school was blocked by the authorities investigating the bomb threat. The usual businesses that take place on the nearby beach, a favourite of locals and visitors alike, were interrupted.

Vehicles could only travel halfway up the Nelson Mandela Drive, Vigie, where the airport is located, as the rest of the street was blocked off by police during the hours in which the threat was being investigated.

Bomb threats are not unusual in Saint Lucia. Over the years several banks and government offices have been the target of such threats. So far nothing has been found which has resulted in citizens not taking such threats seriously despite calls by the authorities to do so.

In fact, a visitor, Tara Nickells, who arrived on island last Saturday and was scheduled to leave to go back to her homeland, England at 7:45 a.m. today told reporters “a local guy told her this (bomb threat) was not serious.”

All clear after bomb threat forces evacuation of CNN offices