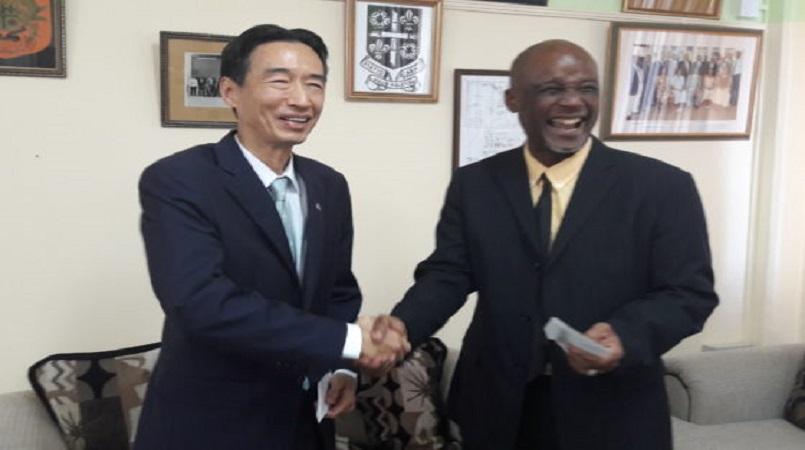 Ambassador of the Republic of China (Taiwan), His Excellency Ray H. W. Mou, briefed the local media on his thoughts and observations on Taiwan-Saint Lucia cooperation.

He said he aimed as much as possible to marry humanitarian and diplomatic agendas during his tenure.

"I am very proud to be an ambassador here in Saint Lucia. I think I spared no effort, I wasted no time to fulfil my duty to be a diligent diplomat and also to be a diligent social worker – that I can do something with the people – not just officially but also on a daily basis to do things together," he said.

He added that there is scope for progress between Taiwan and Saint Lucia given the meaningful collaboration and achievements so far.

"Taiwan has been very efficiently performing here.  All these resources we share with Saint Lucia it is directly injected into your economy like a major part of the CDP. All these developments are based on your own people’s efforts."

Since 2007, Taiwan has had nine areas of focus in Saint Lucia including infrastructure, agriculture, ICT, disaster relief, education and culture among others. Taiwan and Saint Lucia established diplomatic ties in 1984.  Thirteen years later, in 1997, those ties were broken. In 2007, a move was made to re-establish diplomatic relations between the two nations.

Ambassador of the Republic of China (Taiwan) His Excellency Ray Mou will depart Saint Lucia at the end of February as his tenure has come to an end. His replacement will be on the island in March.