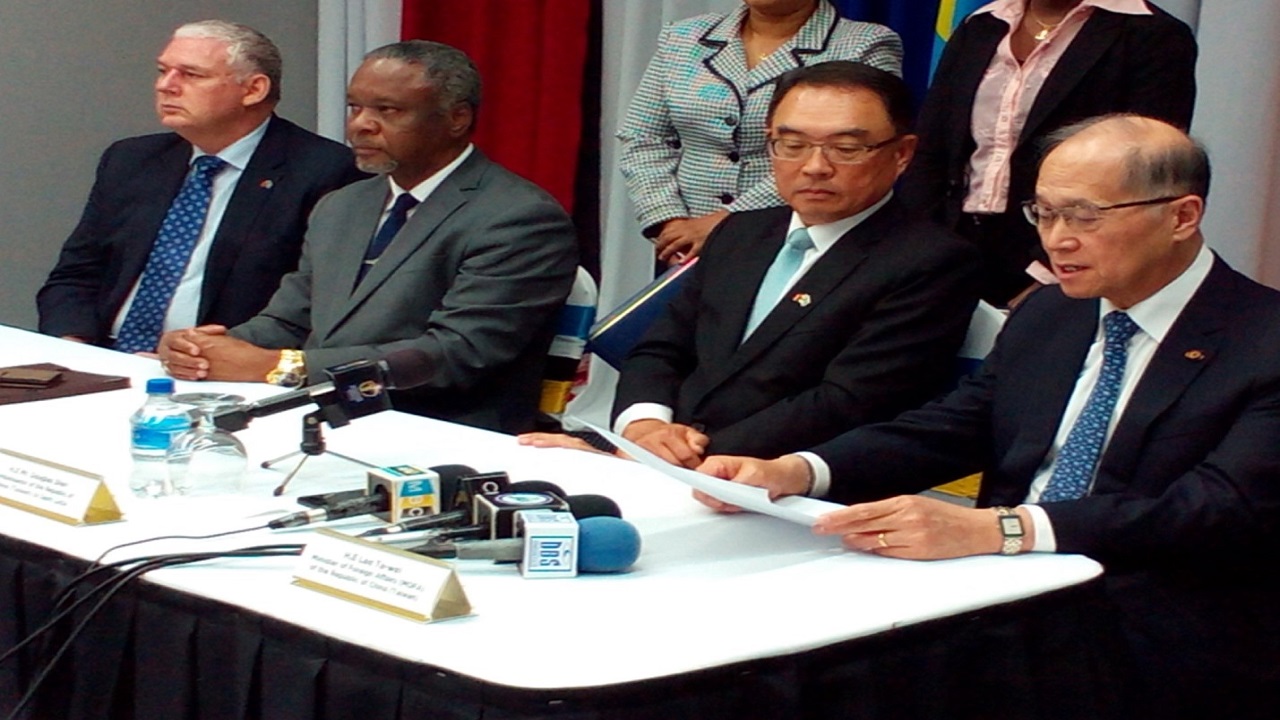 St. Lucia has signed an agreement with the Republic of China - Taiwan that will see its police force getting increased training in dealing with white collar crime, cross-border crime and terrorism.

Francis was elated with this particular cooperation between the two countries noting that the training earmarked for the local cops is “training we so need”.

According to the minister, crime must not pay and the police force must make sure that it investigates persons who appear to have financial means yet shows no source of income.

“This is one of the areas that I am looking out for very carefully,” he said, noting that white collar crime is as dangerous as homicide, wounding, housebreaking and other serious crimes on people.

Francis spoke of the broadening of bonds between the two countries in areas of justice and security and the need for the Royal St. Lucia Police Force to keep up with the times.

“As we continue to develop as a country and explore new prospects for growth, our police force cannot be left behind, he said.

He added, “This agreement will facilitate our exploration of various areas of mutual benefit and assist us in effectively preventing and combating cross-border crimes and terrorism.”

Minister Francis, who over the past months has shown a desire to strengthen the effectiveness of the police force, insisted that the force must broaden its experience even as it tackles crime at its roots.

“I believe I speak for all members of our police force when I say we truly look forward to working with the Government of Taiwan in this significant initiative,” he said.

Taiwan’s Foreign Affairs Minister Dr Lee Ta-Wei, who is on an official visit to St. Lucia and was present at the signing ceremony, said that this was the first comprehensive law enforcement related agreement inked by the two countries.

He said that last January, Taiwan and St. Lucia signed a Memorandum of Understanding concerning cooperation in the exchange of financial intelligence related to money laundering associated with big offences and terrorism financing.

“This arrangement allows the financial intelligence agencies of our two countries to institutionalize the exchange of information of cross-border financial crimes with the implementation of the bilateral cooperation agreement,” he said.

He explained that Taiwan was aware of the difficulties of the Royal St. Lucia Police Force in terms of training and equipment and that he is looking forward to cooperation between the police forces of both countries.