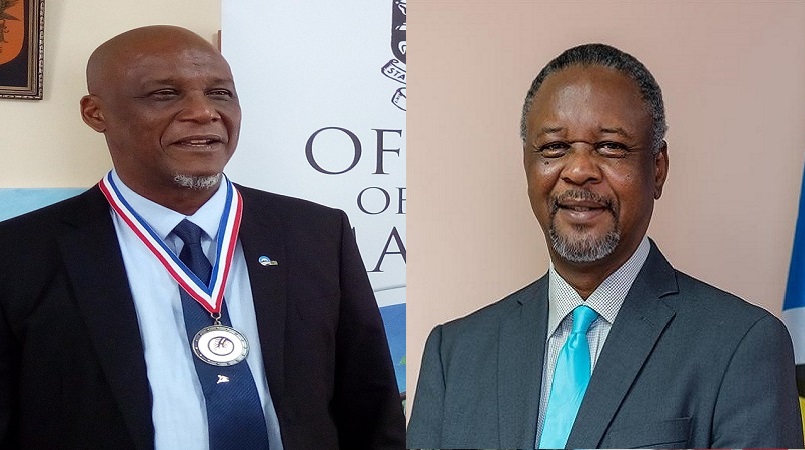 Reporters got a little more than they bargained for this week when on Monday while covering the unveiling of a billboard at the corner of Calvary Road and Chausee Road when Mayor Peterson Francis casually announced a death threat made against him.

Francis said that the man who made the threat had since been arrested. He was released after Francis met him and had a chat with him. Francis said he gave the man a job.

Mayor Francis did not name the man, nor did he say what type of job he gave the man.

The Minister said he has been reacting to the threat with calm composure. He has described this action by the person or persons involved as very unfortunate. The death threat was conveyed to him via letter.

“I will not abandon my responsibilities as National Security Minister. I have always dedicated myself to the fight against crime. I did it as a police officer and now I am doing so in another capacity. We have a situation which is very serious and disturbing on our hands, and the Government is seeking to address it in a decisive manner. We cannot ignore it,” said Minister Francis, who was a former Deputy Commissioner of Police of the Royal Saint Lucia Police Force before entering national politics.

“Whenever I take a position on an issue that deals with law enforcement, crime or public safety, it is related to what obtains in our laws. If I take a position on Capital Punishment, for example, it is a position that is enshrined in or supported by the Constitution. I don’t simply subscribe to my personal opinions. So persons, who feel sufficiently uncomfortable about some of the things I have said, and feel they should engage in issuing threats, should take a look at the laws of the country,” The Minister said.

Francis is not happy with the number of homicides for the year thus far, 49, and wants crime fighting interventions implemented or strengthened on several fronts, along with the involvement of multiple stakeholders.

On Monday he announced a one-day national consultation on crime is being organized under the aegis of his ministry, a forum, he says that will seek to harness the ideas of people who hold the country’s best interests at heart. He says the consultation will examine existing challenges and propose new solutions to address criminality.

Police to ramp up traffic checks as homicides surge