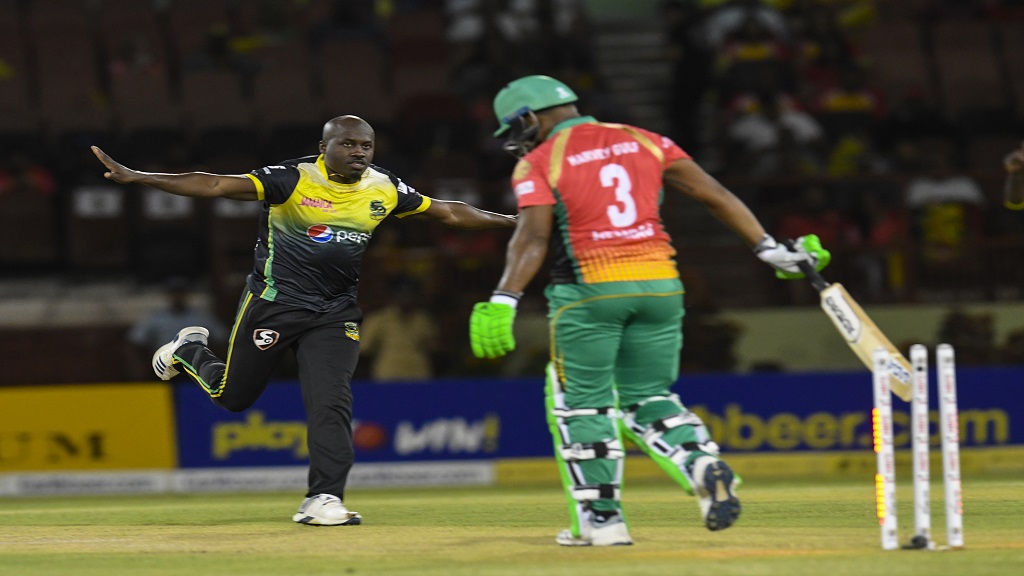 Jamaica Tallawahs bowed out of the 2019 Hero Caribbean Premier League by suffering their eighth defeat after Guyana Amazon Warriors secured a 77-run victory on Thursday at the Providence Stadium in Guyana.

Batting first, the Warriors made 156 for six off their allotted 20 overs and then bowled out the Tallawahs for 79 off 16.3 overs.

The Tallawahs ended at the bottom of the six-team table on four points from their 10 matches.

The table-topping Warriors lost four wickets in four balls across the first two overs of the night. At one point both Oshane Thomas and Derval Green were on hat-tricks at the same time – with both Shimron Hetmyer and Nicholas Pooran falling first ball, while Brandon King and Chandrapaul Hemraj made just one and two respectively. 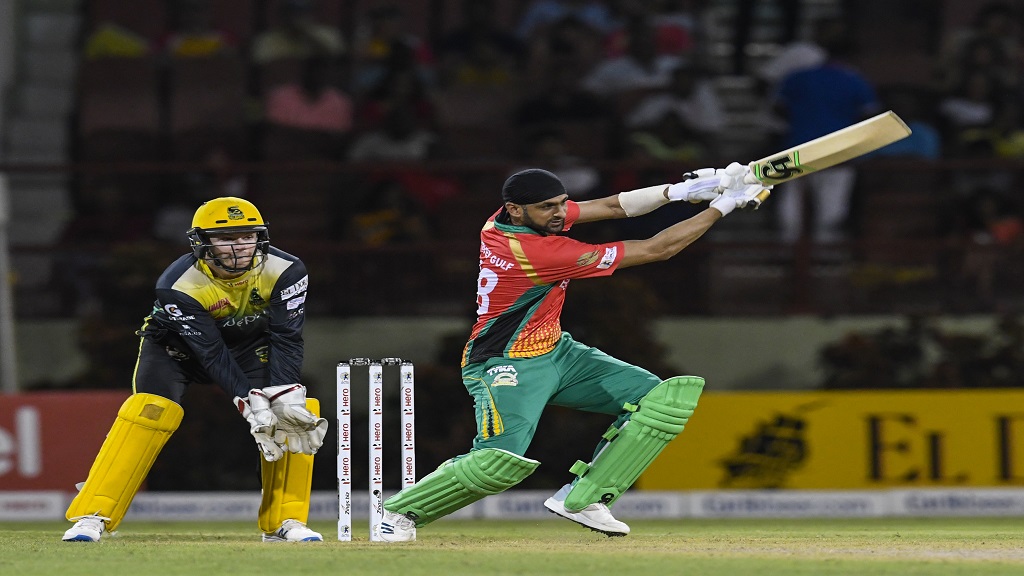 Only two further wickets would fall in the rest of the innings though, as captain Shoaib Malik, first alongside Sherfane Rutherford and then Keemo Paul, engineered a superb recovery with an unbeaten 73 from 45 balls. With 156 for six on the board, it was over to the Warriors’ battery of spinners to work their magic, and they didn’t disappoint.

Chris Gayle became the third high-profile first-ball casualty when Chris Green breached his defences to give the Tallawahs’ run-chase their own dramatic early setback, and Imran Tahir was soon in on the act as well when Chadwick Walton picked out Green at long-on for just eight.

Glenn Phillips attempted a Malik-style recovery and did emulate the Warriors captain in going past 1000 career Hero CPL runs but there the comparison ended. He made 21 from 28 before also picking out Green at long-on to hand Hemraj a wicket. 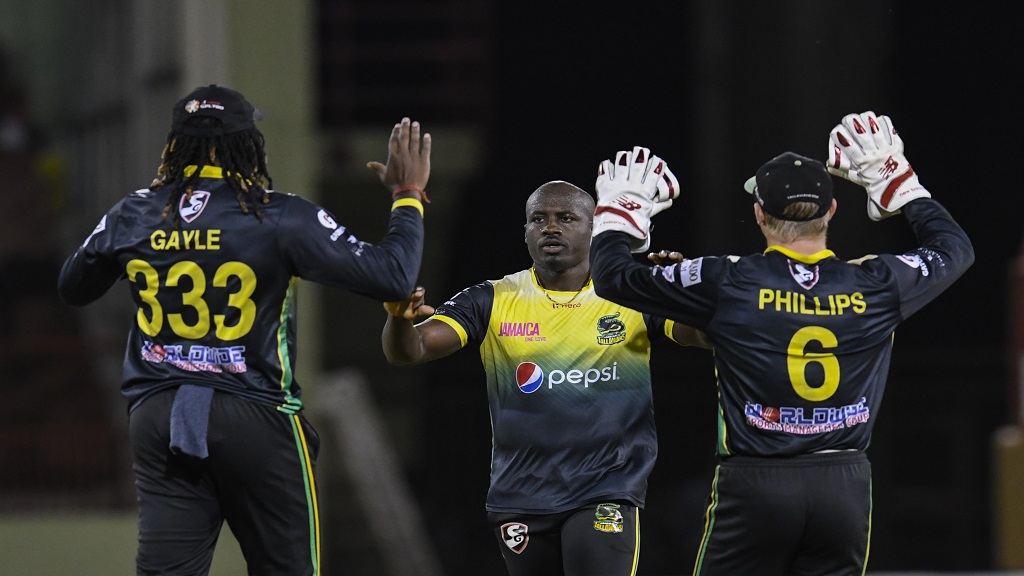 By now the required rate had already got beyond 10 an over and, although Trevon Griffith did manage the unlikely feat of taking two boundaries from Chris Green’s final over – he still finished with one for 20 from his four – the Tallawahs were never able to get it back under control.

Qais Ahmad became the third bowler of the night to take two wickets in two balls when he had Dwayne Smith caught and bowled for two before bowling Imran Khan first ball. Unlike Thomas and Derval Green, though, he had no hat-trick opportunity as those wickets came from the final two balls of an impressive spell.

By now everything was going the Warriors’ way. Keemo Paul came into the attack and immediately had Liton Das caught at midwicket for 21 from his first ball and then Derval Green caught behind later in the over for one.

Imran Tahir had his third when Steven Jacobs was bowled for one, aiming a huge legside heave at a googly, and fittingly it was Malik who had the last word, wrapping up a comprehensive victory with the final wicket as Zahir Khan holed out for six.

Another win for the Warriors should surprise nobody given the season they’re having, but it all looked a very long way away after eight balls of their innings. King was bowled by Thomas before Hetmyer nibbled at a wide one to be caught behind from the very next ball.

Derval Green then immediately had the ball swinging prodigiously to bowl Hemraj and pin Pooran leg-before in successive deliveries.

The Warriors’ recovery from such a nightmare start was kicked off by Rutherford. Having survived a huge lbw shout from the hat-trick ball, which pitched just outside leg stump, he hit three fours in four balls from Derval Green’s second over. After a double-wicket maiden to start, his second over gave up 16.

Rutherford and Malik then opted for careful accumulation in a stand of 82 before Rutherford was caught in the deep off Imran Khan for 45. Chris Green followed soon after, bowled by Zahir for two, and that was Malik’s cue to burst into life.

He suddenly started to find the boundary and scored 38 of the 56 runs the Warriors piled on in the closing five overs of the innings.

A whopping 26 of those runs came in the 19th as Thomas had his figures mangled, two for 14 from three overs ballooning to two for 40 as his spell ended. Both Malik and Paul cleared the ropes, while Malik added two fours in an over that also featured a wide and a no-ball.

Derval Green gave up just seven from the final over, but by then the Warriors had wriggled off the hook and given their fearsome spin attack more than enough to work with.