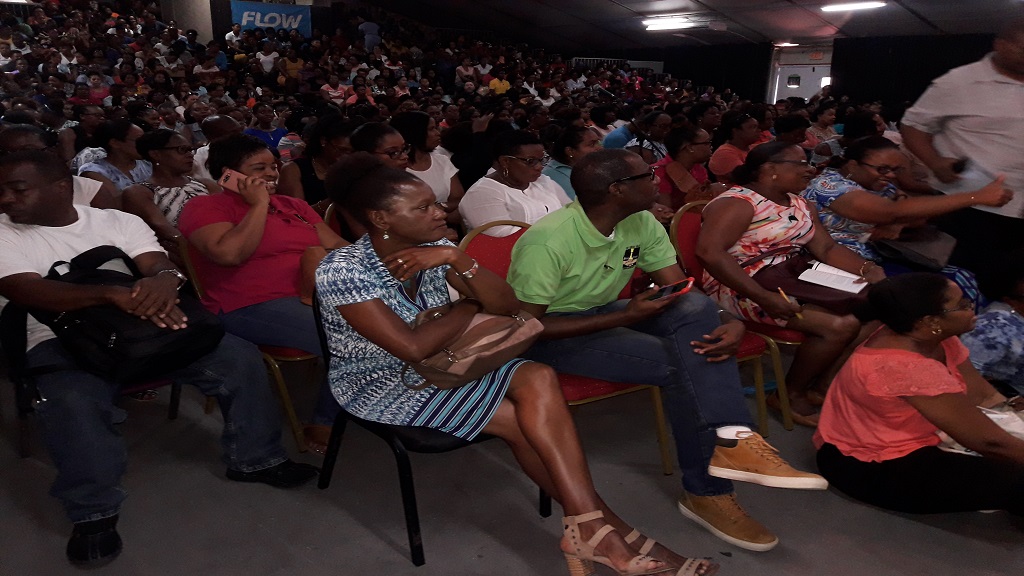 Teachers from schools across the country and other employees of government spoke with one voice today to the Government of Saint Lucia: either you meet with us to continue negotiations for the 2016 – 2019 triennium immediately or face the consequences.

The ultimatum to government came from two separate meetings, a stone’s throw away from each other, that started at 10:00 a.m and lasted just over three hours.

School teachers and their trade union, the Saint Lucia Teachers Union met at the National Cultural Centre at Barnard Hill while public servants who are members of the Civil Service Association (CSA) met at their headquarters in Sans Soucie.

While the teachers gave government until Thursday of this week to meet with them at the bargaining table, CSA members did not arrive at a date at the end of their meeting. Loop News learned that the CSA will dispatch a letter to government either today or tomorrow calling for a return to the bargaining table immediately.

The two groups are members of the Trade Union Federation (TUF) and it is widely believed they will be coordinating their respective missives to government.

Both the president of the teachers’ union Julian Monrose and General Secretary of the CSA Claude Paul say it will be their respective memberships who will decide their course of action should the government negotiating team decide not to meet with them on the dates they proposed.

Hundreds of teachers packed the 800-seat National Cultural Centre this morning to hear their union and to express their views and take a decision on the way forward regarding the delayed negotiations and other matters. 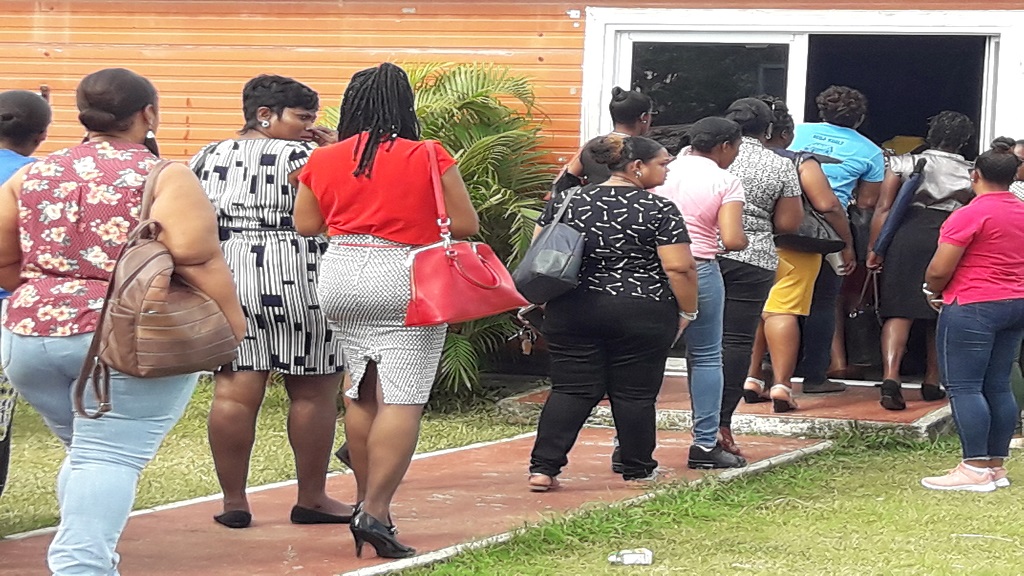 Teachers entering the National Cultural Centre for their all important meeting

Monrose, who chaired the meeting, brought his membership up to date on negotiations with government over salaries and conditions of work, calling for direction from the membership as to the way forward as well.

He gave teachers a brief history of events between the union and the government negotiating team from 2016 to the present stating that the union did not press matters with government seeing that it was a new government, which came into office in June of that year and was trying to find its way.

“We agreed that we would allow the government some time to settle to determine its direction and then we would seek to negotiate,” Monrose said, adding that about a year later affiliates of the TUF submitted their proposals in November 2017.

“Time passed and we heard nothing from the government negotiating team so the TUF wrote, on July 2nd 2018, to say that we were dissatisfied that our affiliates were not hearing from them so something needed to be done about negotiations. The Saint Lucia Teachers’ Union was asked to come to negotiate conditions of work. We discussed a number of things. They (government negotiating team) said they would get back to us. We waited, we waited,” Monrose said.

According to the SLTU President, teachers’ salaries have not improved for over six years and therefore something has to be done to change that.

The CSA, which did not allow reporters into their meeting, claimed that the Ministry of the Public Service denied their request to allow members to a meeting today. However, despite not getting permission to meet, members turned out in large numbers for the meeting.

Both meetings were said to be successful with CSA members embarking on a silent march from their headquarters at Sans Souci into Castries early this afternoon.

He said that for six years or more teachers had not received a salary increase and neither has their condition of work improved.

The leaders of both trade unions say are dissatisfied with the status of negotiations with the government for the period 2016-2019.

Monrose to PM: Our teachers are qualified