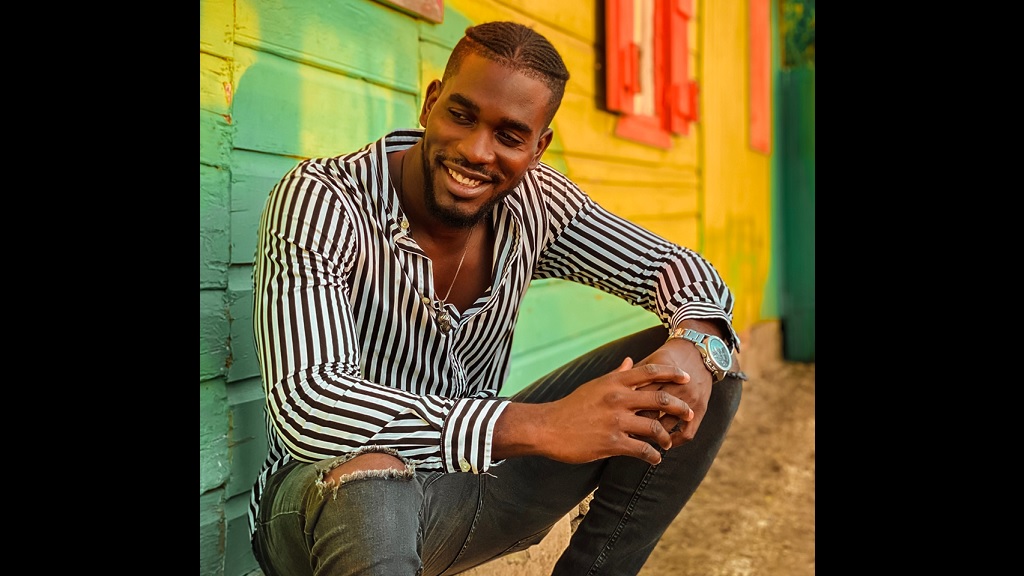 Ezra Orias Augustin known by his stage name Ezra D’Funmachine, is a 33-year-old soca artist from Gros-Islet, St Lucia who also works at the National Insurance Corporation in the Statistics & Research Department.

His birth as a soca artist began in 2014 with his Power Soca Monarch winning hit single “Bacchanal Rampage”. Since then, he has contributed to the soca music industry in Saint Lucia for the past six years.

Ezra’s love of music is only surpassed by his love for his home town Gros Islet and island, Saint Lucia. This has tremendously helped with his development not only as an artist but as an entertainer.

His social media presence is also one of the best on island with over twenty thousand followers on Instagram and five thousand on Facebook (just to name a few). His ability to create brand awareness through his personality is something that he enjoys doing as well. Currently, he is an ambassador for Digicel St. Lucia and Bank of Saint Lucia.

What is it like being in the public eye?

I would describe it as humbling. The mere fact that people are drawn to my energy, contributions to soca music, social media influence and overall personality is something I'm grateful for. Big shout out to all my Lucian people and by extension everyone else on the international scene.

What is the one thing about you that often surprises people?

One thing that often surprises people about me is that I know how to be calm. For example, when I'm at work and I'm speaking to someone over the phone, whenever the caller realises who he/she is speaking to, they're usually surprised that I have a "calm" side.

How would you define success?

I would define success as having an impact on people which would result in having a lasting impression on them. This in turn would motivate me to keep that momentum for even continued vibes because I believe that success has to be long-term. After all I have a daughter, I'm not living for myself anymore.

What has been your most humbling experience as an artist?

I would say winning the Power Soca Monarch title in my first year. It was never my intention that year to perform on some of the biggest stages of St. Lucia Carnival much less compete. I learnt a lot in quick fashion and the encouragement I got alongside the support of God and family propelled me to heights I never imagined. Give thanks St. Lucia.

If you could be remembered for one thing what would it be?

My personality - To this day I still refer to myself as a bacchanalist before an artist because it speaks to my identity. This is who Ezra was before D'funmachine. The same applies to this very day.

Where is your happy place?

Home alongside friends and family (throw in some good music, food, drinks and conversation). Can't go wrong there.

What is your greatest fear?

Flopping my daughter. I fear not being a good father to her. I need to give her my all.

What talent do you yearn for?

I wish I was a professional chef. I would really save money in life (and probably make some more too).

What lesson has been the hardest to learn?

Handling the pressures of being a public figure - musical criticism, how I carry myself in public, what I post on social media etc. It may have been difficult but I have grown to appreciate the importance in feedback. It only helps with one's development. Mental strength is everything in this field.

What food makes you happy?

What is your guilty pleasure?

I don't have one, will have to work on that.

If you had to change one thing in your life what would it be and why?

I would change my job to become a politician to influence the lives of many in society.

What is the business tip you have got and never forgotten?

"Check for those that check for you"

As an artist is it more important to be liked or respected?

Respected (especially among the youth)

What is your personal motto?