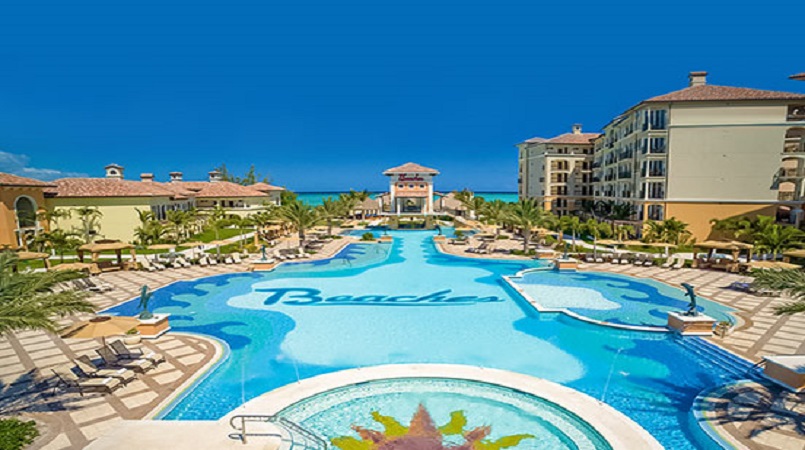 Sandals Resorts International’s (SRI) decision to temporarily close its operations of Beaches Turks & Caicos over successive years has caused questions to be asked of the government in the British overseas protectorate Caribbean island.

A reliable source connected to SRI has declared that the leading Caribbean resort chain does not owe the Turks & Caicos Islands’ government any taxes, and in fact, it is the other way around.

“Beaches has an excellent relationship with the Government of TCI and wants that to continue. The decision to close the resort was a very difficult one to take and was not made lightly bearing in mind the closeness with both the staff and suppliers. Beaches is patently aware of the impact it has on the economy and it wants everyone in the country to prosper," said the source.

“The government has indicated that it stands ready to quickly address any matters and Beaches is fully supportive of the Government and stands ready to help in any way that it can,” said the senior executive speaking under condition of anonymity.

Last week, social media was abuzz with a rumour that Beaches was to be closed down as a result of an undefined issue with the Government.

The government did not seek to address the matter or issue a statement choosing to remain silent. Sandals then issued a statement which confirmed what was doing the rounds on social media.

Speculation then became rife that the shutdowns were promulgated over a dispute surrounding tax issues with a sum said to be some US$60 million owed to the government. This figure has not been corroborated by either the government or SRI.

Some media operators expressed concern that the government did not expeditiously provide clarity on the matter and allowed Beaches to issue a  statement on what is a national matter with Beaches being the largest tourism interest in the country.

SRI went further explaining: “The upcoming closures of Beaches Turks & Caicos are the result of several critical and long-standing issues which have impacted our operations over the past several years. We apologise for any inconvenience caused to our customers and look forward to welcoming them back soon."

Owner and editor of Magnetic Media, Deandrea Hamilton, said that Beaches is one of the leading hoteliers and corporate entities in the country and that it was incumbent on the government to explain why and for what reason this decision was taken rather than choosing to remain silent.

The decision to close down the hotel she said will affect the livelihoods of many people on the island and therefore is a cause of concern.

Over the weekend Hamilton wrote: “It has long been my strong view that important information is far too sheltered in these islands. The public information is held in bondage by people who do not own it. When it comes to public information, availability of data is low to zero, transparency is weak or non-existent, accountability is, therefore, hard to ensure or impossible to manage and this flings wide the doors for information leaks, misinformation, misinterpretation, poor job performance and yes, corruption. Let’s remember, elected officials and civil servants are doing the public’s work."

Earlier today TCI’s Premier and Minister of Finance Sharlene Cartwright- Robinson issued a statement in response to the Beaches release.

Her statement read: "My Ministry has been addressing a long-standing issue with Beaches and my Government and I are confident that with the facts in full view, we can bring an end to a critical outstanding matter that has seen its basis in an arrangement in place since the Resort’s operations started in the 90s and existed throughout every Government in the TCI since then.

“Just to be clear it has not been a matter of Beaches avoiding taxes or of the former Governments or Ministers of Finance before me intentionally leaving this matter unaddressed. The current matter followed an event/ action that occurred in 2017."

“I implore those void of facts to resist casting wild accusations and unwarranted attacks on elected and public officials as well as Beaches Resort itself.”

The source close to the international resort chain said: “Beaches has a long and fruitful relationship with the TCI. It is proud of all the people from the country that have contributed to making it the most successful family resort in the Caribbean.

“It has always been first in line to pay its taxes every month and it does an incredible amount for the Turks& Caicos and the country, in turn, does a lot for the company.”

Sandals pulls out of Tobago