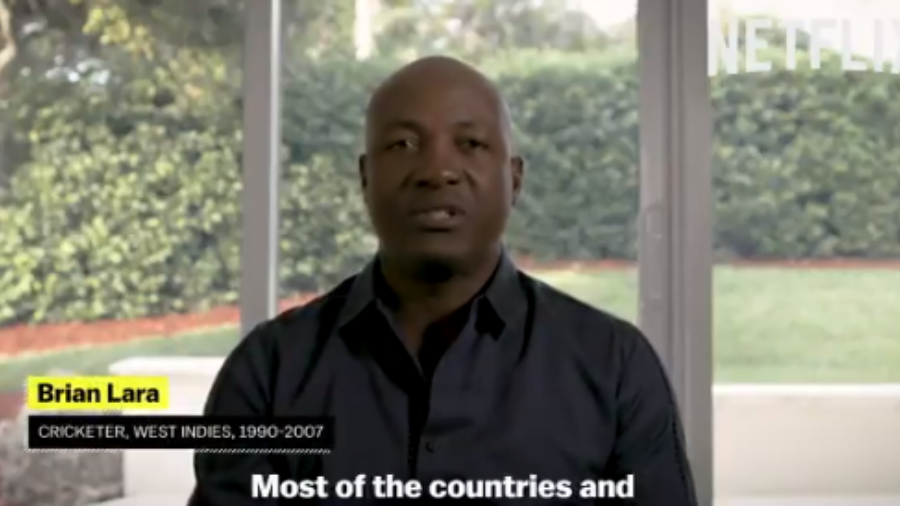 The next time you're scrolling through Netflix on the hunt for a new series, you may stumble upon a familiar face. Former cricketer Brian Lara can be seen in the Netflix original series, 'Explained'.

The weekly series, which is presented in 15-20 minute episodes, covers a range of topics that "drives our lives or our world." The show's 11th episode takes a look at looks at cricket, providing an interesting, and at times, comical deep dive into the sport's early origins and development in England to its expansion to the more athletic and explosive form of the game: T20.

On the topic of cricketers moving away from representing their countries for test cricket in favour of the flashier T20 version of the game, Lara said, "People will develop an opinion that some players don't like playing for their country, they're just running the money down, but sport is about money, you know? You have to make a living. You're a sportsperson.

"The game has evolved. And, again, entertainment is key. So  even though I have a great appreciation for test cricket and my career was spanned over the period when test cricket was strong, I still have an understanding of where the game has to go, where it has gone, and there's no turning back."

In addition to cricket, 'Explained' has tackled topics including designer DNA, monogamy, and the racial wealth gap, weed, eSports, cryptocurrency, K-Pop, why diets fail, among others. Episodes have been narrated by celebrities by the likes of Kristen Bell, LeVar Burton,  Christian Slater, Samira Wiley, and Yara Shahidi.

Check out 'Explained', which is currently streaming on Netflix.

Follow the CPL action on Loop for updates and match highlights.

The 2018 Hero Caribbean Premier League: what you need to know