Thousands of Texas cattle may have died in wake of Harvey 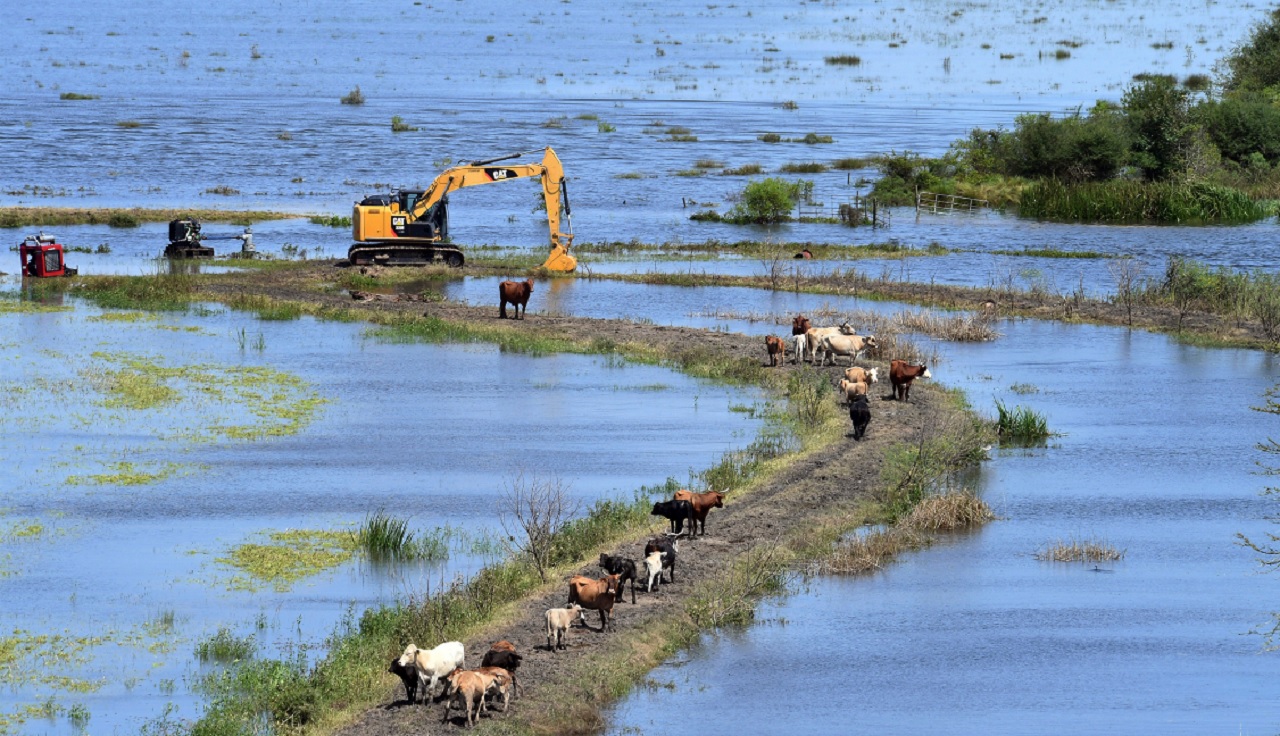 A small herd of cows walk along high ground in the Hamshire area in Texas, Monday, Sept. 4, 2017. Several Chinook helicopters flown by the Michigan Army National Guard dropped bales of hay in the area to feed livestock stranded by Harvey floodwaters.

Texas agricultural officials fear thousands of cattle may have died in the aftermath of Harvey, resulting in losses to ranchers of tens of millions of dollars.

The counties that sustained damage when Harvey first came ashore Aug. 25 were home to 1.2 million head of cattle, representing 1-in-4 of all beef cows in Texas, the nation's largest producer.

Sales of beef cattle and calves in the state averaged $10.7 billion annually between 2011 and 2014, according to the Texas A&M Agri-Life Extension Service and Agri-Life Research.

Most ranchers don't insure their herds because of the cost, so a rancher could be out hundreds of thousands of dollars if an entire herd drowned, the Houston Chronicle reported. The Oklahoma National Stockyards, branded as one of the world's largest stocker and feeder cattle markets, sold beef cows for an average of $1,500 in May.

Officials are still in the process of tallying the damages.

"We're finding cattle in waist-deep water," said Sid Miller, Texas Agriculture commissioner. "But when we try to drive them to dry ground, many of them just collapse they're so exhausted."

Cattle standing in water will have weakened skin and hooves that are susceptible to infection, said Dr. Dan Posey, a veterinarian and clinical professor at Texas A&M. Prolonged standing, lack of food and lack of drinkable water could make the cattle susceptible to respiratory disease, he said.

"Not all of them will recover even though they were rescued," Posey said.

Texas A&M economists estimated that Hurricane Ike in 2008 caused about $13.3 million in cattle losses, with an additional $23.3 million in damages to fences, hay and other farm equipment.

Harvey may be more costly because it affected a larger area, said David Anderson, an A&M professor and agriculture economist.

However, Anderson said he doesn't expect the losses to affect meat prices, because the number of cattle lost in Harvey won't be enough to impact the national beef market, which is expected to yield a record amount next year.

The beef cows in the coastal regions are mostly raised for breeding, so their loss won't be immediately felt by meat packers. Coastal region calves are sent to Texas Panhandle feedlots where they grow to full size before going to slaughterhouses.

Immigrants are sought for labour shortage in Harvey recovery