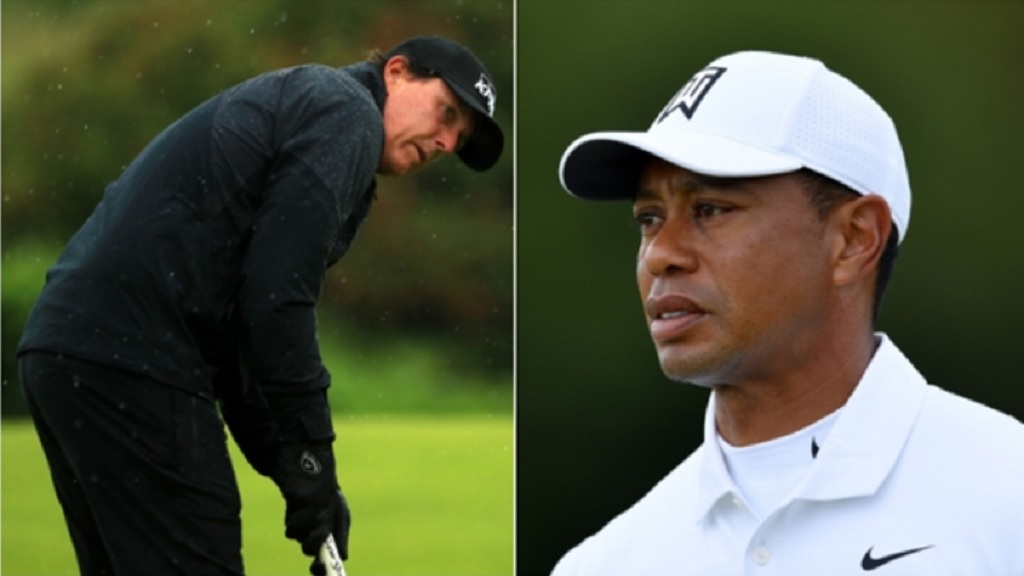 Tiger Woods and Phil Mickelson shared a piece of unwanted history at The Open Championship on Friday.

The key to the success of two of golf's greatest stars has been their longevity, with Woods winning 15 major titles and Mickelson five during their distinguished careers.

But, there have of course been the inevitable disappointments and this weekend at Royal Portrush has been one such occasion as Woods and Mickelson failed to make the cut.

That in itself is not particularly remarkable, even the greatest have their share of underwhelming major tournaments.

What is astounding is that it marks the first time Woods and Mickelson have missed the cut at the same major tournament, and just the fourth time the pair have done so on the PGA Tour.

They last both missed the cut at the 2015 Waste Management Phoenix Open.

Woods shot a one-under-par 70 on Friday, but it was nowhere near enough to negate the damage from an opening-round 78.

Mickelson, meanwhile, shot a pair of 74s and will not be sticking around for Saturday and Sunday.

Serena says Tiger feat is driving her towards Wimbledon glory