Tokyo, IOC officials reiterate that the Olympics are on 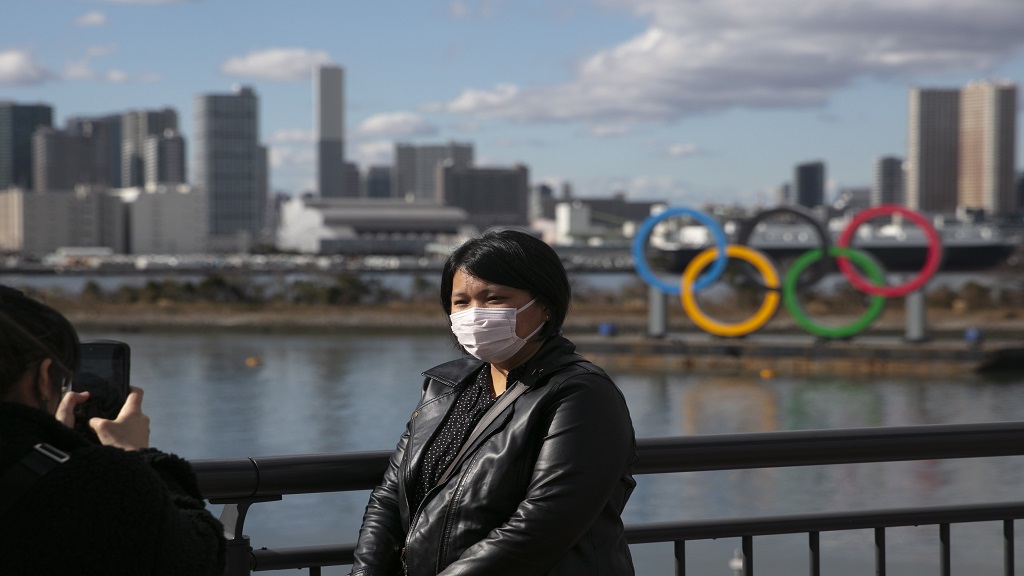 In this Jan. 29, 2020, file photo, a tourist wearing a mask poses for a photo with the Olympic rings in the background, at Tokyo's Odaiba district. Tokyo Olympic organisers repeated their message at the start of two days of meetings with the IOC: this summer's games will not be cancelled or postponed by the coronavirus spreading neighboring China. (AP Photo/Jae C. Hong, File).

Tokyo Olympic organisers reiterated their message on Thursday at the start of two days of meetings with the International Olympic Committee (IOC): The 2020 Games will not be waylaid by the virus that is spreading from neighbouring China.

“I would like to make it clear again that we are not considering a cancellation or postponement of the games. Let me make that clear," organising committee president Yoshiro Mori said, speaking through an interpreter to dozens of top IOC officials gathered in Tokyo.

The Olympics open in just over five months, and the torch relay begins next month in Japan — a clear signal the games are getting close.

Japan reported its first death from the coronavirus on Thursday, a development that will add to the jitters among organisers and IOC officials. Japan has confirmed almost 250 cases, including 218 from a cruise ship quarantined at the port of Yokohama, near Tokyo.

Sitting among the IOC officials this time was Dr. Richard Budgett, the IOC's medical and scientific director who does not always travel for these inspection visits.

Last week Toshiro Muto, the CEO of the Tokyo organising committee, said he was “seriously worried that the spread of the infectious disease could throw cold water on the momentum toward the games.”

He backed down a day later and said he was confident the games would go forward, which is the message this time.

On Wednesday, the virus forced the cancellation of a Formula One race set for April in Shanghai, which draws more than 100,000 over a race weekend.

The Hong Kong and Singapore rounds of the World Rugby Sevens Series were rescheduled from April to October on Thursday, with organisers saying the decision was taken “in response to continued health concerns relating to” the outbreak of the virus. Also, the SportAccord conference, an event with close ties to the Olympic movement, will not take place in Beijing in April as scheduled, organisers said Thursday.

The virus has also wiped out the indoor world track and field championships in Nanjing, golf tournaments, soccer matches, and almost all sports in China, including Olympic qualifying events. It is also keeping Chinese athletes from traveling to qualify, which could put their presence in Tokyo in jeopardy.

Saburo Kawabuchi, a former Olympian and the so-called mayor of the Olympic Village that will house 11,000 athletes and thousands more staff members suggested Tokyo's hot and humid summer would stop the virus.

“The biggest concern is the coronavirus and the infection," he said, speaking in Japanese. "Currently we don't have any clue when this issue will be resolved. Based on various pieces of information we receive, it seems that this virus is not as strong as the influenza virus. The virus is susceptible to humidity and heat. In Japan, we have the rainy season which could defeat the virus."

John Coates, an IOC member who heads the regular inspection visits to Tokyo, said he expected to receive reports on the virus from the Japanese government, the Tokyo city government, and local organisers in order to see the “necessary precautions that are being taken.”