Too much? Accident ad by insurer grabs motorists' attention 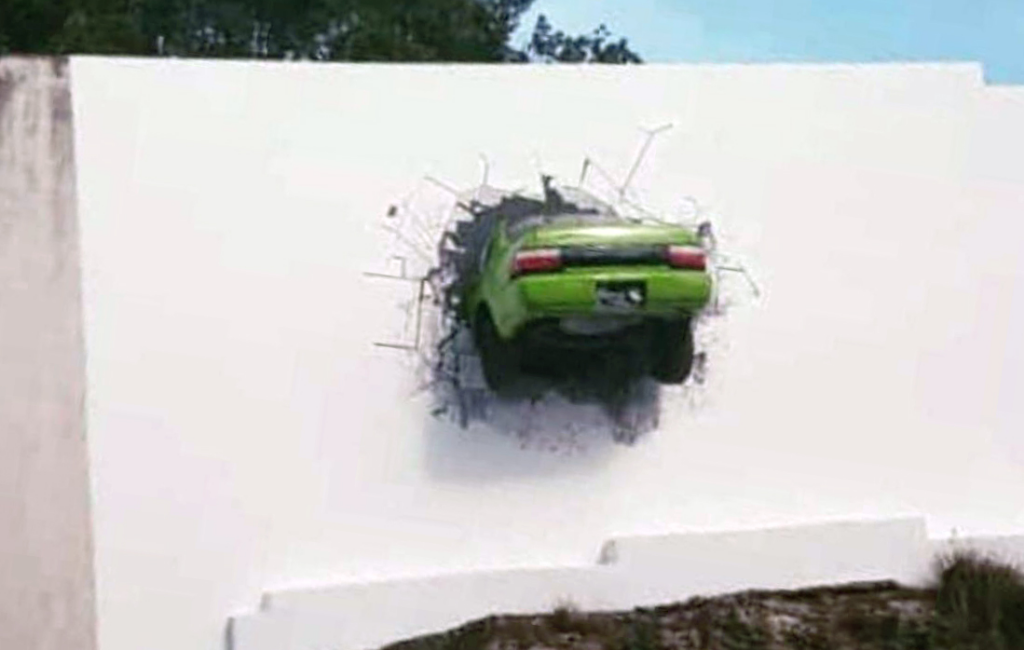 The backend of this green Toyota Corolla AE100 evoked much reactions over the weekend. (Social media image)

There is an ongoing debate about the effectiveness of shocking or violent traffic and speeding messages globally, but despite the jury still being out on this topic, the style has reached Barbados.

In the past, there have been attempts to command the attention of drivers by the Barbados Road Safety Association, however, this time Sagicor Insurance is the one that has gotten tongues wagging and minds thinking about driver safety and road safety.

The advertisement featured the backend of Green Toyota Corolla AE100 planted firmly into the wall overhead the carriageway heading down BET Hill, St Michael - just in front of the American University of Barbados (AUB).

In the short day or so that the advert was up, it caused quite a stir on social media amongst members of the public. Initially it was a lot of shock and “How dah driver could get tha’ up dey?” Then as persons realised it was "staged" the memes came.

But many still had no idea who or what was behind the shockingly clever advert.

Loop discovered that it was all part of an outreach campaign by insurance and financial company Sagicor. The main intent according to Sagicor was to raise awareness to some issues that have cropped up over time among road users.

“It was never intended to stay up more than a day,” Ingrid Card who is the Vice President, Marketing, Corporate Communications and Brand Experience with Sagicor Financial Corporation Limited told Loop News.  “The idea behind it is to promote safe driving, to get people aware of the need for insurance and to remind people not to text and drive and be distracted when driving.”

And for many, once the shock wore off, the message started to hit home.

Card said this was Sagicor’s intention; getting the public to see the advertising, and react to it, hopefully positively. But this is not the end.

“The whole campaign is going to be completed this weekend.  I don’t want to ruin the surprise element but you saw the work that has gone into it with the car yesterday sticking out of the wall and I think for the young people, they got it.

“I was monitoring social media and people were talking about it, reminding them that one - 'yes' to check on their insurance but two - they don’t want to end up up there so they need to be careful.”

Card told Loop News the plan was to send a statement out about the initiative at the end of the campaign, “but I think because it was so different, it evoked a different reaction.”

Over 270 road fatalities recorded in Jamaica for 2019