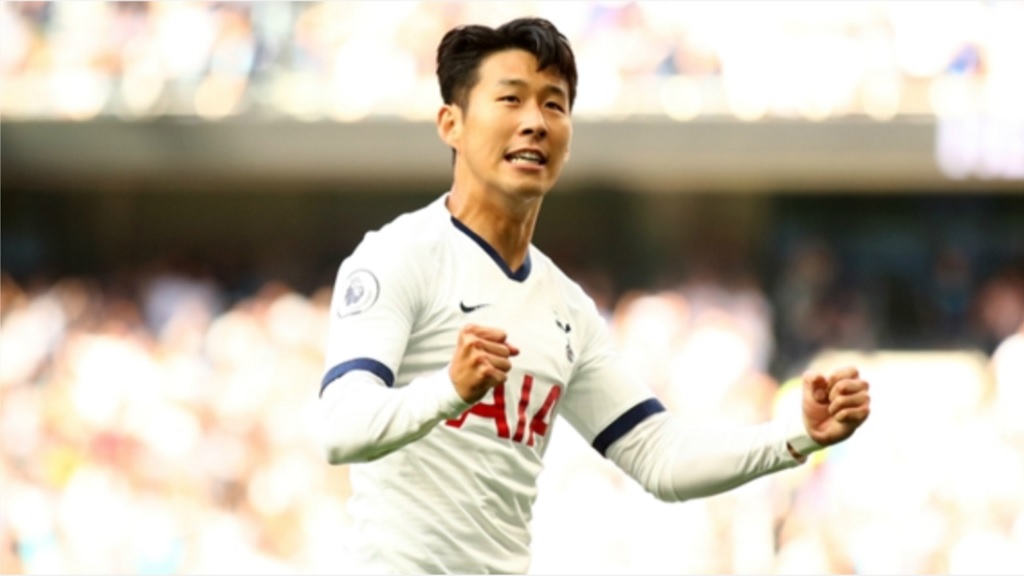 Son Heung-min starred in the North London sunshine as his double inspired Tottenham to a 4-0 rout of hapless Crystal Palace.

Mauricio Pochettino's side has not been at its most fluent in the early throes of the Premier League season but from the moment Son scored a classy 10th-minute opener Spurs ran riot.

Spurs scored all their goals in a devastating opening 45 minutes at the Tottenham Hotspur Stadium, with Patrick van Aanholt turning Serge Aurier's low ball into his own net, Son adding an expertly taken volley and Erik Lamela finishing a clinical move.

A failure to add to their tally in the second half was no reflection of their play and Pochettino can reflect on Spurs' most enterprising performance of the season.

Spurs made the breakthrough when Son brilliantly controlled Toby Alderweireld's punt over the top before checking onto his left foot and picking out the bottom-right corner.

Son was influential in Spurs' second, picking out Aurier - making his first start of the season - and his cross hit Van Aanholt before wrong-footing Vicente Guaita.

The best was still to come. Aurier again had space on the right and his deep cross was met with a blistering left-foot volley from Son.

A relentless first half culminated with Lamela slotting Harry Kane's excellent cross under Guaita at the end of a devastating break.

Harry Winks dragged a daisy-cutter narrowly wide almost immediately after the restart and Son saw a clip over Guaita after chasing down a Mamadou Sakho mis-control fall agonisingly wide of the post.

Spurs were unable to inflict further damage but the hosts ran down the clock in the most comfortable fashion.

What does it mean? Spurs find some rhythm

A low-tempo start to the season had some pundits questioning whether Spurs had gone stale under Pochettino. Their home performances thus far – a late comeback win over Aston Villa and a loss to Newcastle United – did little to quieten those opinions but Spurs were energetic, slick and clinical on this occasion to spark some life into their season.

Super Son a menace for Palace

Spare a thought for Palace's usually stoic backline, who were run ragged by the South Korea international. As well as his goals, Son - who has scored in all four of his home games against Palace - was full of running and creativity. He never gave the Eagles' defence a moment's peace.

Palace, who had conceded just twice this term prior to Saturday's clash, were a collective shambles at the back. Sakho, playing for the first time since February due to a knee injury, was thrust back into action due to Martin Kelly being unavailable and was well off the pace. Son was superb for the opener, but Sakho should have done more to defend Alderweireld's long pass – it was a moment that summed a torrid outing.

- Spurs recorded their biggest ever league victory over Crystal Palace, as well as their joint-biggest against the Eagles across all competitions (also 4-0 in January 1987 in the FA Cup fourth round).
- This was Spurs' joint-biggest victory in a London derby in the Premier League (seventh win by four goals), having last won one by four goals in what was Mauricio Pochettino's first home game in charge of Spurs (4-0 v QPR in August 2014).
- Spurs have won each of their last nine Premier League games against Crystal Palace – only against Birmingham (10 in September 1964) have they had a longer winning run in top-flight history.
- Crystal Palace winger Wilfried Zaha won eight fouls against Spurs; the most by a player in a Premier League game since November 2018 (eight – Harry Kane v Chelsea).

Tottenham were runners-up in the Champions League last term and start their bid to go one better with a trip to Greece to face Olympiacos on Wednesday. Palace welcome Wolves to Selhurst Park a week on Sunday.