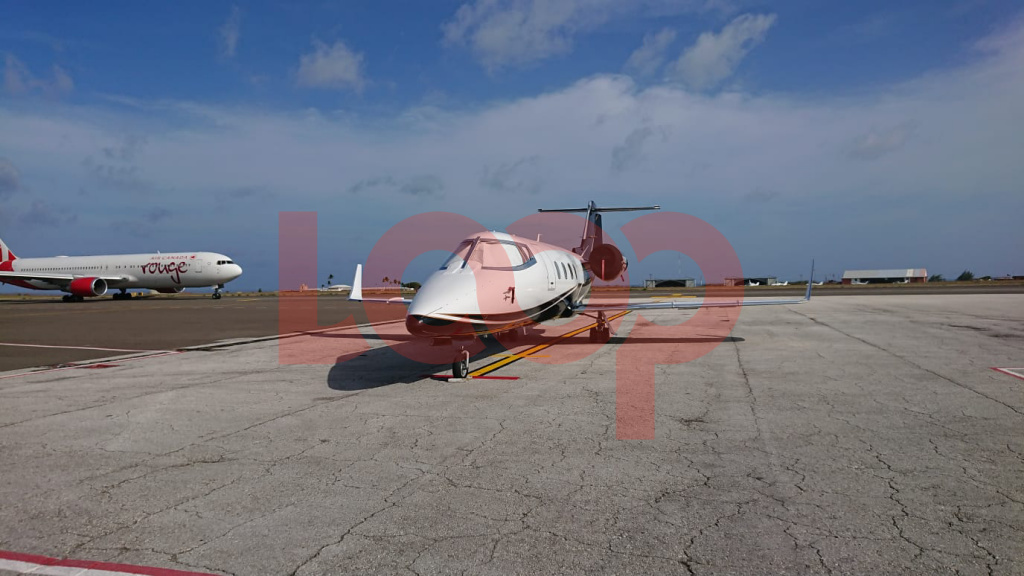 Buju Banton's private jet landed around the same time as Westjet from Canada.

When one of the directors for FAS Entertainment, hosts of the Barbados Reggae Festival said that he would like more airlift for persons to get to the island for the Long Walk to Freedom tour stop here, some people scoffed and disagreed.

However, on Friday, April 26, when Mark Myrie alias Buju Banton landed at the Grantley Adams International Airport (GAIA), he was not the only one here for his show.

Speaking to Loop, a couple from the United States declared, “I hope you’re waiting for Buju!
“We came all the way from Boston to see him.”
And a few minutes afterwards, Buju Banton walked out of the Arrivals Hall.

On chatting with Kerina from Canada, she learned that the couple who had to dash into their taxi, actually flew from Boston to Canada and then on to Barbados. She told Loop, “If that isn’t dedication!”

Asked why she chose to come to the Barbados show within Buju Banton’s Long Walk to Freedom tour through the Caribbean, she said that Barbados was the natural choice for her.
“I couldn’t get time from work to go when he was in Trinidad and I’ve been here for Crop Over before so it was natural to come to Barbados for this.”
She said she’s been here over 10 times already.

Asked what song she really wants to hear during the show, with a thoughtful look and a big smile she said, “Til I’m laid to rest, of course.”

UPDATE: Rihanna is home in Barbados