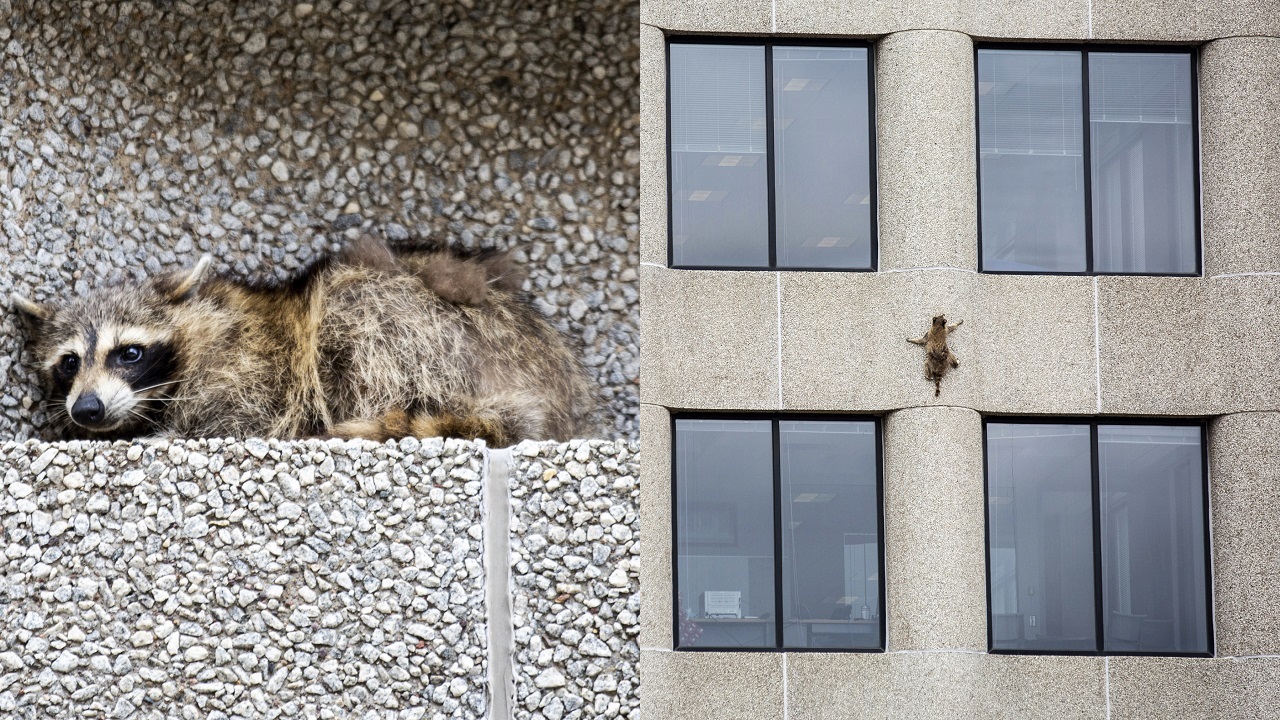 (Images: AP: The raccoon rests on a ledge and (R) scales the building)

A raccoon that became an internet sensation by climbing a skyscraper in the US city of St Paul is finally safe, after being trapped on the roof of the 25-story office tower.

Chelsey DeMers of Wildlife Management Services says the intrepid raccoon was caught in a trap on top of the UBS Tower early on Wednesday.

She says the animal is in good condition and is eating. It will be released back into the wild later in the day – at ground level.

The raccoon began scaling the tower on Tuesday, causing a stir on social media as it climbed ever higher. 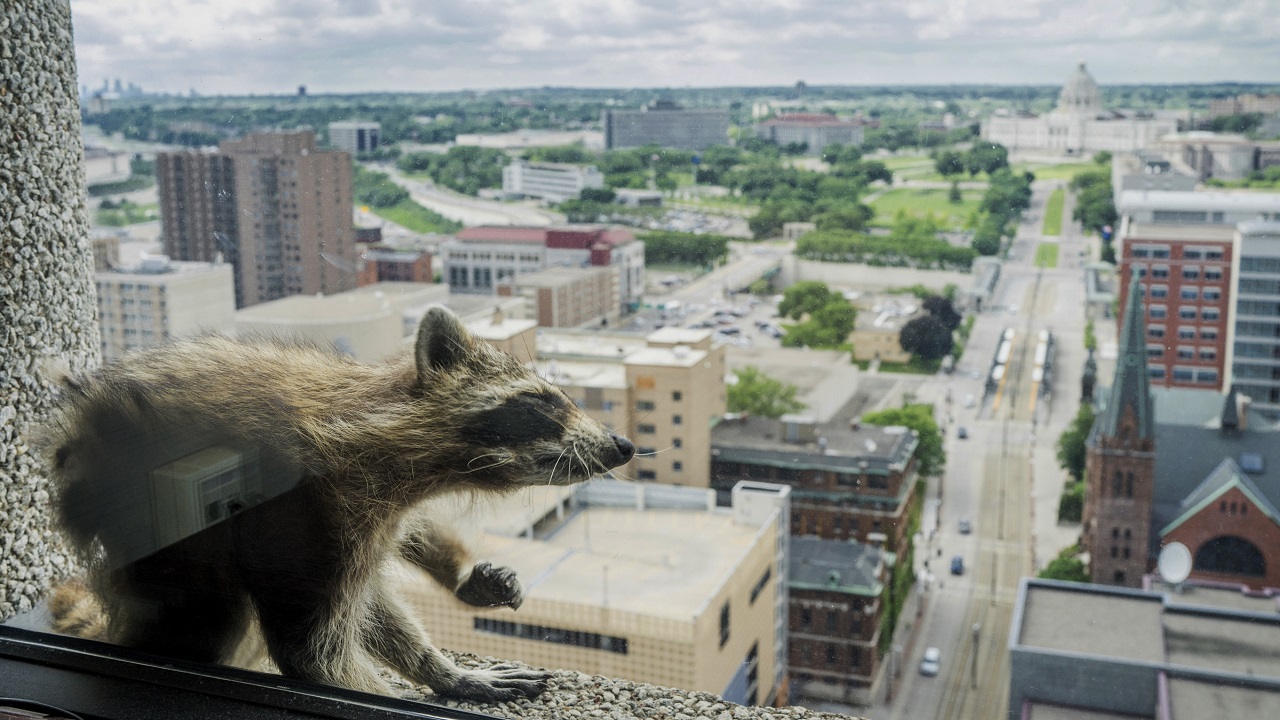 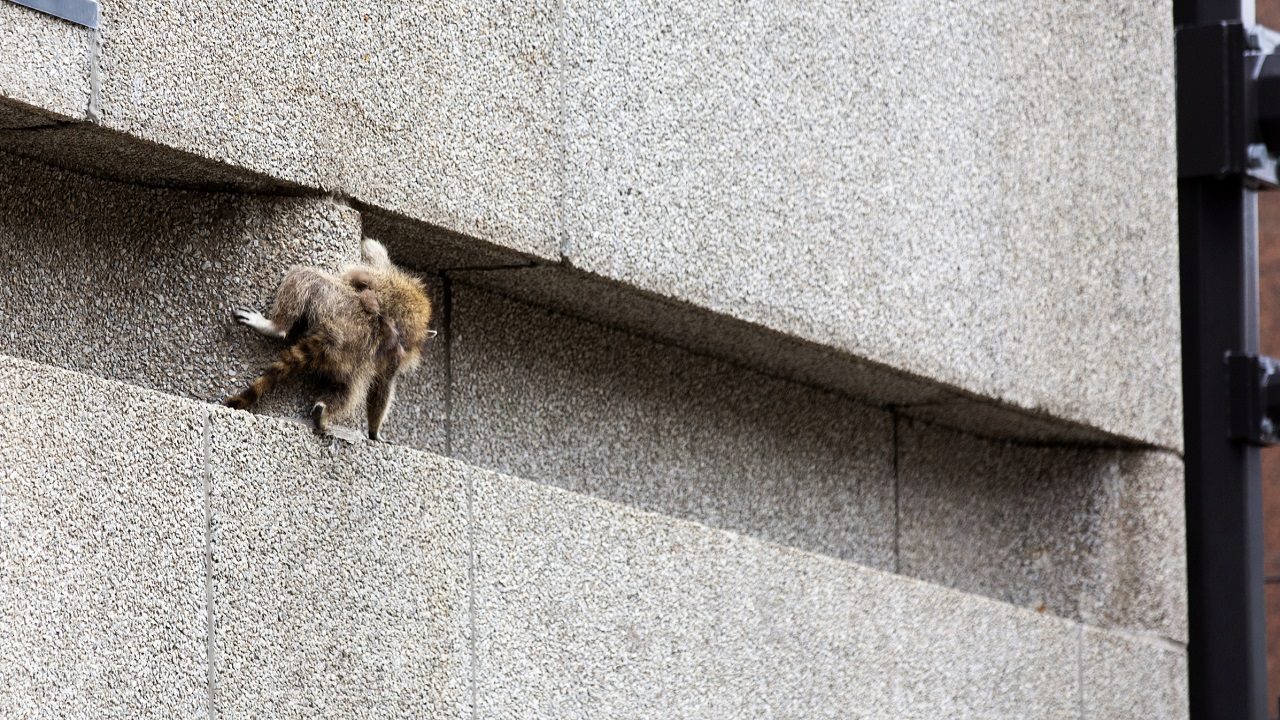 People gathered to watch its progress and the raccoon trended on Twitter after nearby Minnesota Public Radio branded it #mprraccoon.

“I have a 7 am work flight to catch but obviously if the raccoon isn’t rescued by then, I’ll just get another job,” tweeted US comedian Matt Ritter.

“The hero we didn't know #MYSAINTPAUL needed,” tweeted the city’s tourism authority. “Farewell, #mprraccoon. Thank you for inspiring the world with your epic journey.”

And some even saw a hidden message in the raccoon’s day-long climb.

“May this lil guy be a reminder that despite the struggles and hardships... you’ll reach the top,” one commentator wrote.

The tower management has tweeted a picture of the no doubt fairly tired creature safely in the trap, enjoying some cat food. 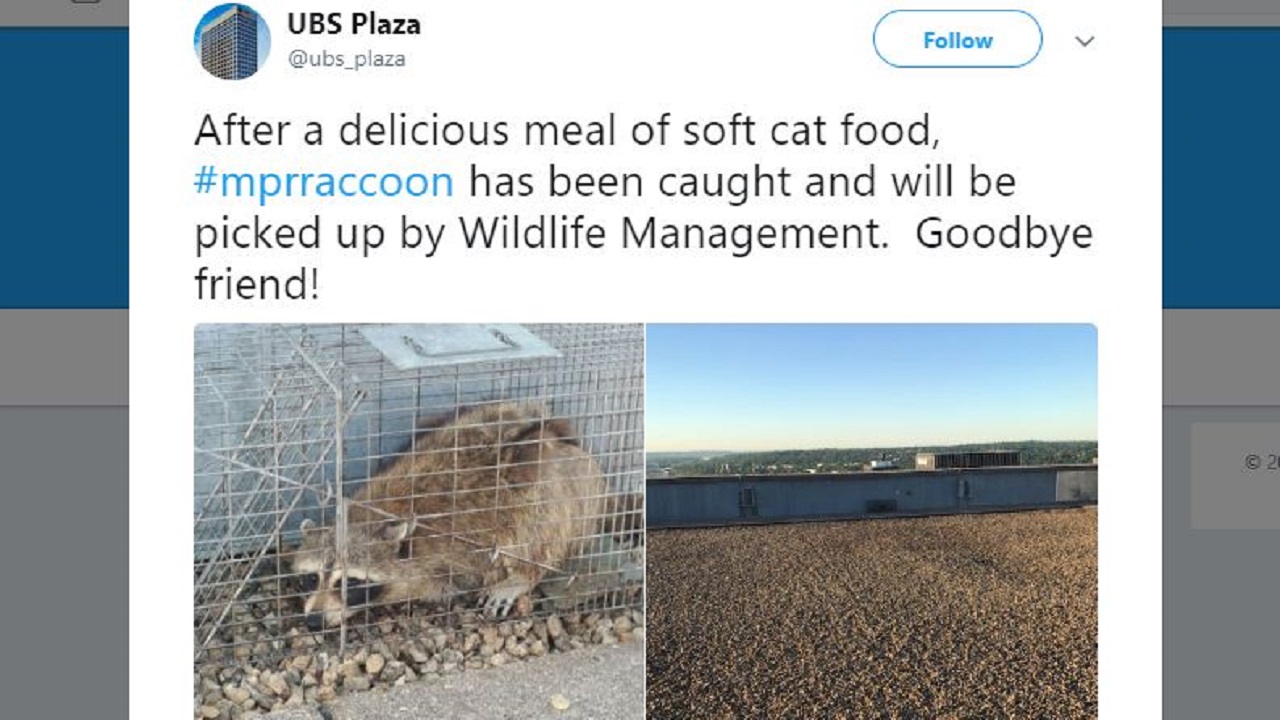 Trump declares via Twitter the NKorea nuclear threat is over

Gunman kills self, four children in US stand-off