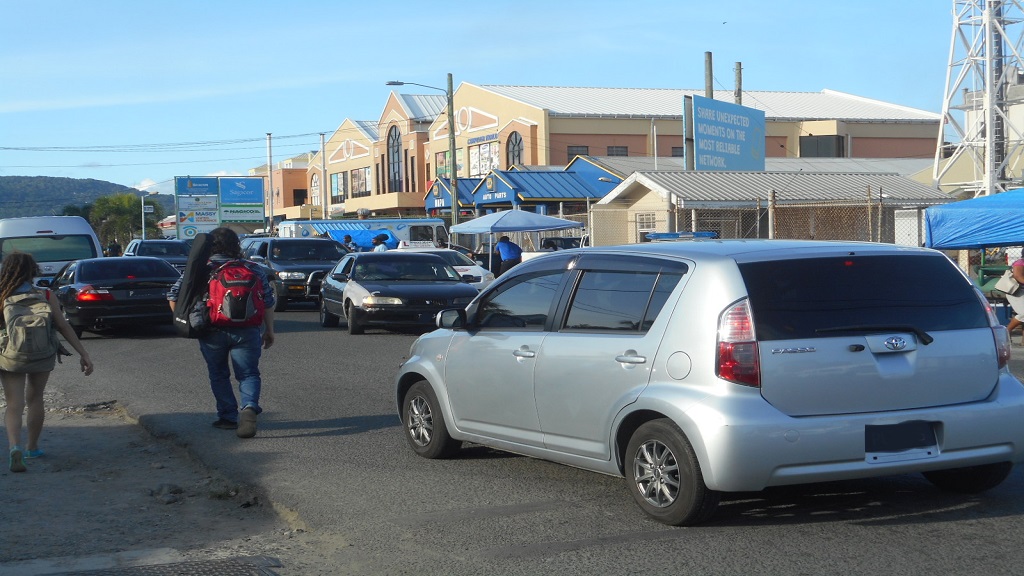 Minibus drivers plying various routes in and out of the town of Vieux-Fort are breathing a sigh of relief these days.

That’s because the changes made to the directions of vehicular traffic in Vieux-Fort, which were implemented by the traffic department of the Vieux-Fort Police Station a few weeks ago, have significantly eased up the traffic congestion in the town.

Loop News spoke with minibus drivers today, Tuesday, October 15, 2019, who have been perhaps the most concerned with traffic being reduced to a snail’s pace along the main streets in the town over the past year.

Alexis Louisy, president of the Choiseul Minibus Drivers Association said: “I am very happy that the police have reduced the traffic problem in Vieux-Fort. Vehicular traffic is flowing much better than it was a few months ago.”

He added that he hopes the situation will continue to improve and the changes made to vehicular traffic in Vieux-Fort will be permanent.

Peter Richard, another minibus driver, said he is satisfied with the work of the police in improving the traffic congestion in Vieux-Fort.

Those changes include, among others: converting some of the streets into one-ways; changing the directions vehicles are allowed to travel on certain streets; and putting an end to double parking on them.

The department has also increased the presence of traffic officers in Vieux-Fort. Some of these changes are temporary, pending the results they bring.

When the changes to the directions of vehicular traffic were implemented a few weeks ago, the traffic department of the Vieux-Fort Police Station had always insisted that it would significantly reduce the traffic problem in the town.

But a number of minibus drivers had said that it would never work. Some felt that it would have reduced the traffic congestion in one part of the town but at the same time worsen it in another part.