Trinidad passes off ‘yucky’ costume, but no Caribbean island accepts 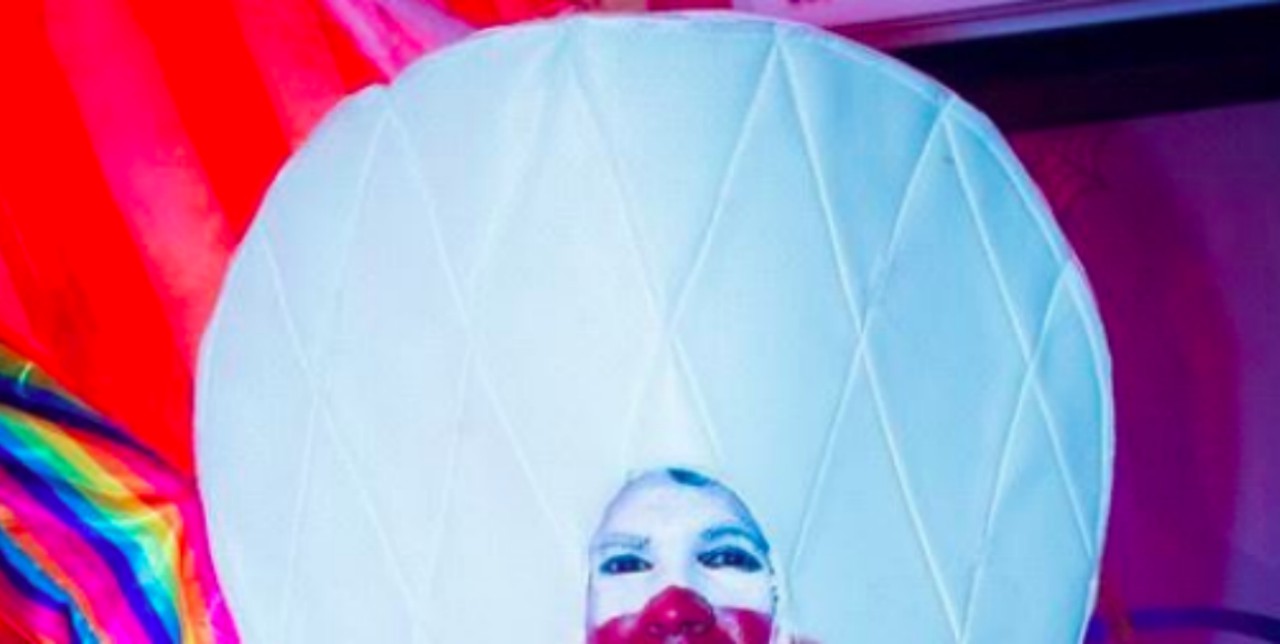 The costume in question (Internet image)

Caribbean people caused a ruckus on Twitter this week when one guy failed to make the cut with his Halloween costume.

It was a lot of laughter yesterday, November 3, from morning until night, as islands shifted the blame and passed the gentleman off to each other, too ashamed of his depiction of a sanitary napkin.

The costume even had fake blood and the Caribbean tweeps were having none of it.

The Caribbean Twitter thread started with one tweet by @Wimatchapp saying, “Meanwhile in Trinidad” and the photo of the man wearing his soiled napkin costume was attached.

Quickly it was retweeted by a Trini, Toni who said:

“As a representative from the people of T&T, we're gonna pass him to St. Lucia.”

And that got the ball rolling. That was all the region needed to show their lack of chill.

“Lmfaoooo nopeee. As a representative of St.Lucia We making Dominica take that one deh pls.”

On the side, this move got some empathy which is usually lacking when it come to the Caribbean Twitter. Another Trini tweeted, “Lmao Dominica dealing with to much right now… they don’t deserve this but we don’t either”.

But Dominicans were ready to defend for themselves. Plantain Man tweeted, “As a representative of Dominica we pass this one to Jamaica” 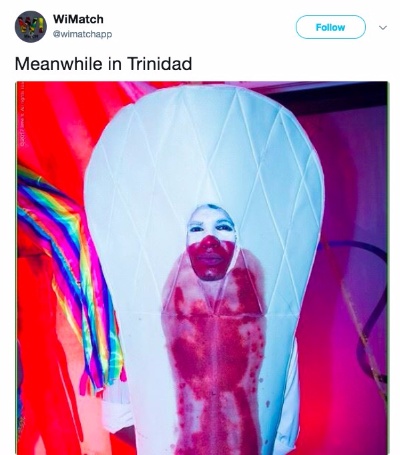 Quick with the draw, Fairythxtmother came back with, “Nuh bring we inna f*****y pls... let's pass it onto Turks and Caicos x”

Less than an hour later, Unruly Empress came to the rescue of her peeps with, “Aa as a loyal representative of The Turks & Caicos Islands we'ne wan nun ah dat bs round us. Pass it to Our neighbors The Bahamas plz.”

Before two hours had passed, Keith Alex had his Bahamian family out of the hot seat. He tweeted, “Dear Turks long time no see, As a representative of the Bahamas... we dead straight and wish to pass it on to Barbados”

And though a little late with a comeback, Di People Dem Wicked clapped back with, “Dear rh Bahamians, as a representative of Barbados we good over here so we gonna galang and pass it on to St. Vincent.”

Few people, especially Bajans, queried the use of “galang” but more importantly some people are still awaiting St. Vincent’s contribution to this Caribbean Twitter thread.