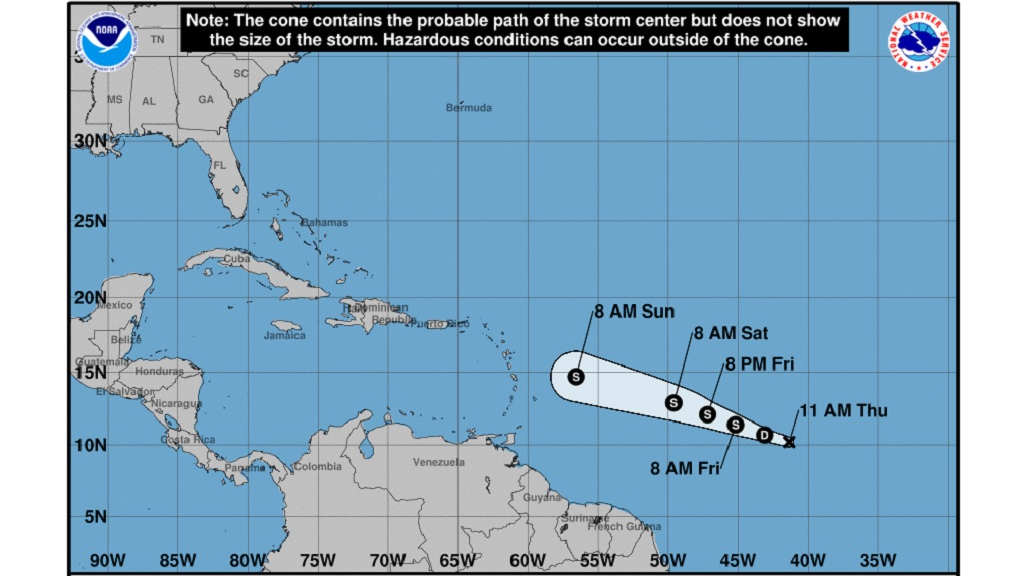 A tropical wave heading for the Caribbean is now a tropical depression and is headed for the Lesser Antilles.

The National Hurricane Center said in an update at 11:00 am on Thursday that the tropical depression is generally travelling in a westward direction, but is expected to dissipate east of the Lesser Antilles over the weekend. 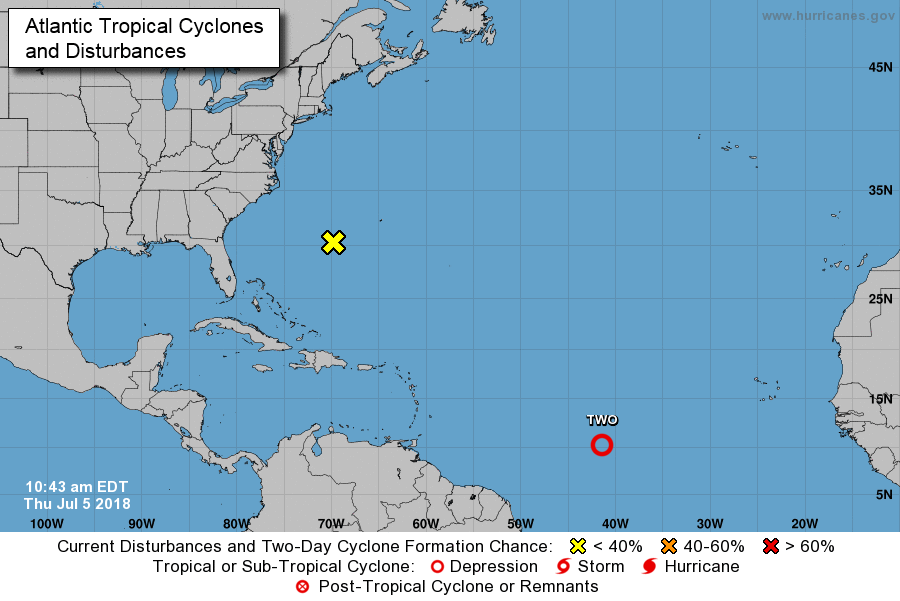 Information is as follows:

...EXPECTED TO DISSIPATE EAST OF THE LESSER ANTILLES OVER THE

At 1100 AM AST (1500 UTC), the center of Tropical Depression Two was located near latitude 10.2 North, longitude 41.4 West.  The depression is moving toward the west near 16 mph (26 km/h).  A fast westward to west-northwestward motion is expected through the weekend.

Maximum sustained winds are near 35 mph (55 km/h) with higher gusts. Some strengthening is possible, and the depression could become a tropical storm later today or on Friday.  The system is forecast to degenerate into an open trough east of the Lesser Antilles over the weekend.

The NHC said that the system is expected to dissipate however it will still bring gusty winds and showers to the Lesser Antilles.

"Even though the center has been difficult to locate, the initial motion is estimated to be westward, or 270/14 kt.  The depression is located to the south of a sprawling subtropical ridge, although a break in the ridge over the central Atlantic may cause the system to slow down a bit during the next 36 hours."

"After that time, the cyclone is likely to speed up again when it becomes situated to the south of a new mid-level high.  The track guidance is in generally good agreement, and the NHC official forecast is close to the TVCX multi-model consensus and the HCCA guidance."

"Even though the cyclone is expected to dissipate east of the Lesser Antilles early next week, the remnant tropical wave will continue moving quickly westward, likely bringing locally heavy rains and gusty winds to portions of the Leeward Islands on Sunday and Monday," the NHC said.

How to prepare for flooding