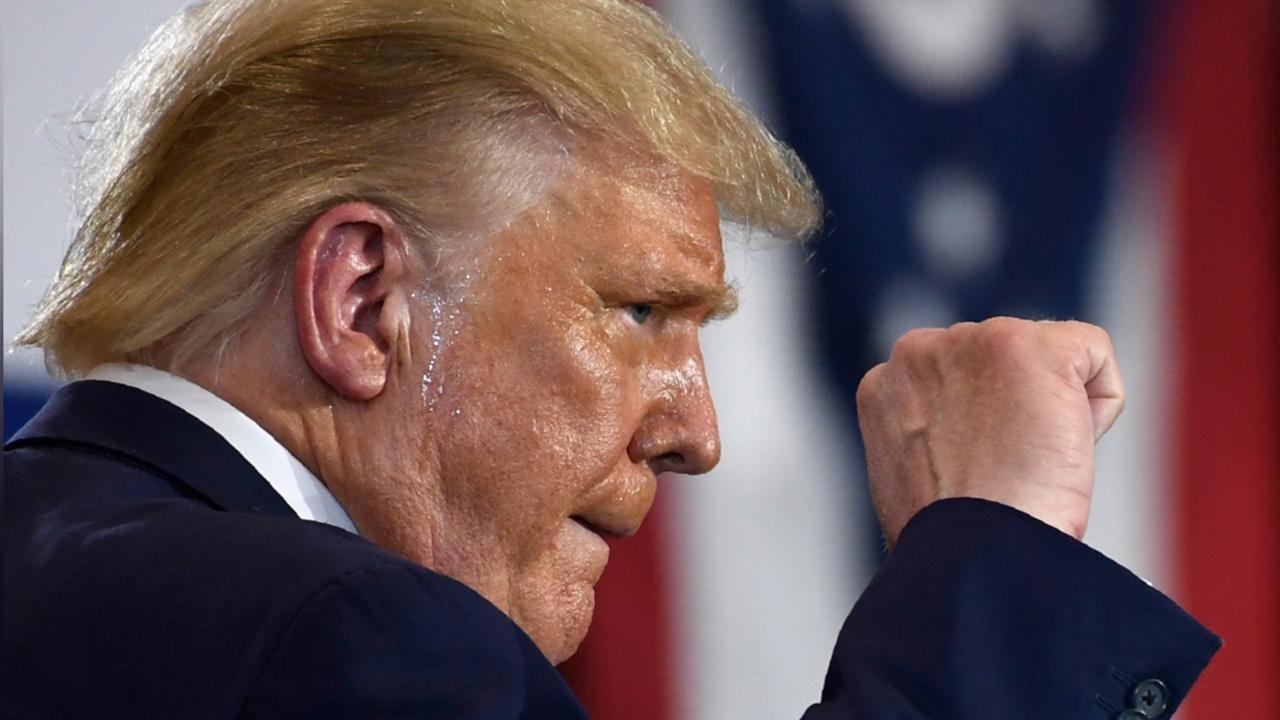 President Donald Trump pumps his fist as he finishes speaking during an event at the Whirlpool Corporation facility in Clyde, Ohio, Thursday, Aug. 6, 2020. (AP Photo/Susan Walsh)

President Donald Trump on Thursday ordered an unspecified ban on “transactions” with the Chinese owners of the consumer apps TikTok and WeChat, although it remains unclear if he has the legal authority to actually ban the apps from the U.S.

The twin executive orders — one for each app — take effect in 45 days. They call on the Commerce Secretary to define the banned transactions by that time. The orders' wording is vague, but leaves open the possibility that hosting the apps in the Apple and Google app stores could be covered by the ban.

Trump had threatened a deadline of Sept. 15 to “close down” TikTok unless Microsoft or another company bought it. TikTok, Microsoft and WeChat owner Tencent had no immediate replies to queries.

“This is an unprecedented use of presidential authority,” Eurasia Group analyst Paul Triolo said in an email. At a minimum, he said, the orders appear to "constitute a ban on the ability of U.S. app stores run by Apple and Google to include either mobile app after 45 days.”

U.S. Secretary of State Mike Pompeo said Wednesday that he was expanding the U.S. crackdown on Chinese technology to personal apps, citing alleged security threats and calling out TikTok and WeChat by name.

The order doesn't seem to ban Americans from using TikTok, said Kirsten Martin, a professor of technology ethics at the University of Notre Dame. She added that such an order would be nearly impossible to enforce in the first place.

“If the goal is to get teenagers to stop using TikTok, I’m not sure an executive order will stop them,” she said. “Every teenager knows how to use a VPN (a virtual private network). They will just pretend they are in Canada.”
TikTok is a video-sharing app that's widely popular among young people in the U.S. and elsewhere. It is owned by the Chinese company
ByteDance, which operates a separate version for the Chinese market. TikTok insists it does not store U.S. user information in China and would not share it with the Chinese government.

WeChat and its sister app Weixin in China are hugely popular messaging apps; many Chinese expatriates use WeChat to stay in touch with friends and family back home

WeChat also says it doesn’t share data with the Chinese government and never has, and does not store international user data in China. U.S. user data is stored in Canada.

The order against Tencent could have ramifications for users beyond WeChat, which is crucial for personal communications and organizations that do business with China. Tencent also owns parts or all of the major game companies like Epic Games, publisher of Fortnite, a major video game hit, and Riot Games, which is behind League of Legends.

Amazon says email to employees banning TikTok was a mistake