Trump suggests he may be flexible on corporate tax rates 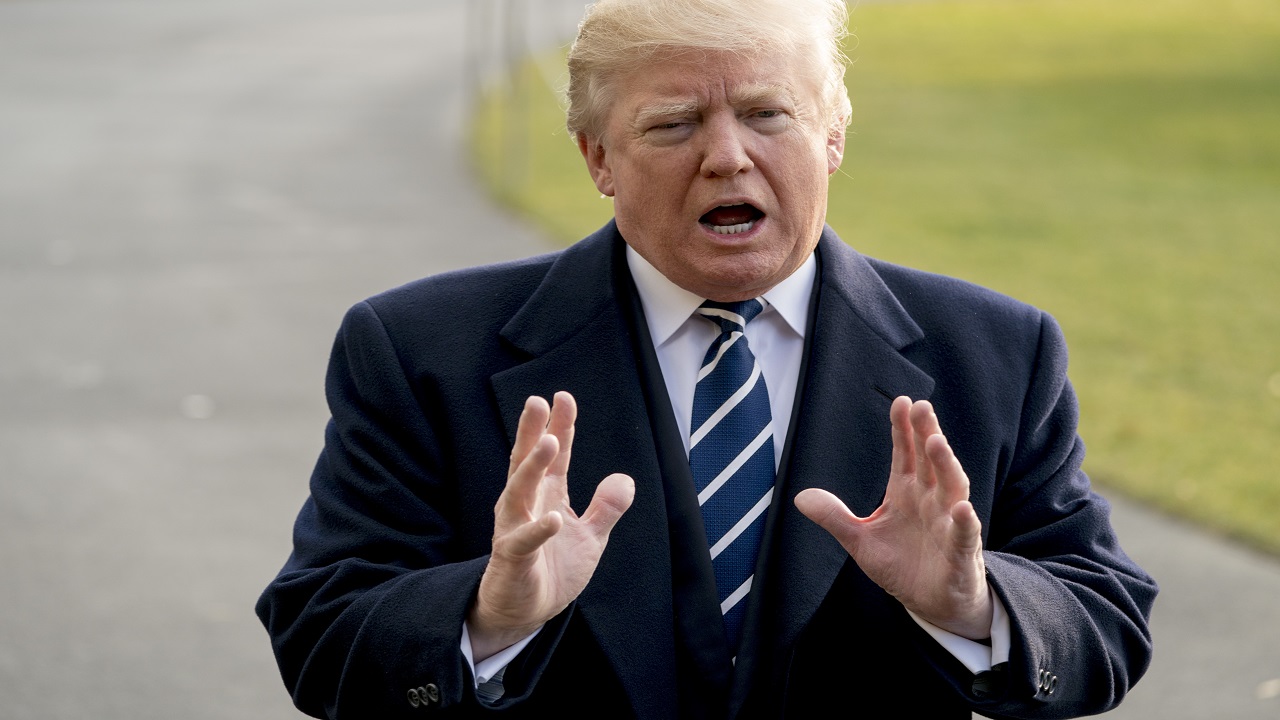 President Donald Trump has suggested that he may be willing to negotiate changes to a significant portion of the tax overhaul, the corporate tax rate, injecting an element of uncertainty into the tax plan only hours after it cleared the Senate.

Trump told reporters at the White House before a trip to New York City Saturday that he would consider setting the corporate tax rate at 22 percent, compared to a 20 percent rate that he has pushed for with House and Senate Republicans during the fall.

Pointing to expected talks between House and Senate negotiators this month, Trump predicted "something beautiful is going to come out of that mixer" and the business tax would come "all the way down from 35 to 20. It could be 22 when it comes out, but it could also be 20. We'll see what ultimately comes out."

Trump spoke after the Senate approved a $1.5 trillion tax bill early Saturday that would rewrite the nation's tax code, cut individual rates and slash the corporate tax rate from 35 percent to 20 percent beginning in 2019. If enacted, the bill would provide the most sweeping changes to the tax system in three decades and help Trump deliver the first major legislative win of his presidency.

Trump's suggestion of a higher corporate tax rate than what has been included in legislation approved by the House and Senate represented an about-face after the president and administration officials maintained a hard line that a corporate rate higher than 20 percent was a nonstarter.

Vice President Mike Pence said in a speech to the Tax Foundation in mid-November that the administration would "cut the corporate tax rate from one of the highest in the developed world down to 20 percent — and not a penny more."

Treasury Secretary Steven Mnuchin, who accompanied Trump to New York for fundraisers on Saturday, said in September that the 20 percent corporate rate was "not negotiable."

White House officials did not immediately respond to questions seeking clarity on Trump's views of the proposed corporate tax rate.

Senate and House Republicans now head into a new phase of seeking to reconcile differences in the legislation passed by both chambers, a behind-closed-doors process that could move quickly. Trump has said he wants to sign the tax package into law before Christmas.

Republicans have pointed to the tax bill as crucial to retaining its House and Senate majorities in next year's midterm elections. Democrats have said the bill will solely help the wealthy and corporations at the expense of more modest-earning workers.

Democrats have noted that while the corporate tax rates would be permanently reduced under the plan, it would only offer temporary tax cuts to individuals, lasting until 2026.

Trump alters story on why he fired Flynn