A T&T Carnival veteran takes on the Crucian Christmas Festival 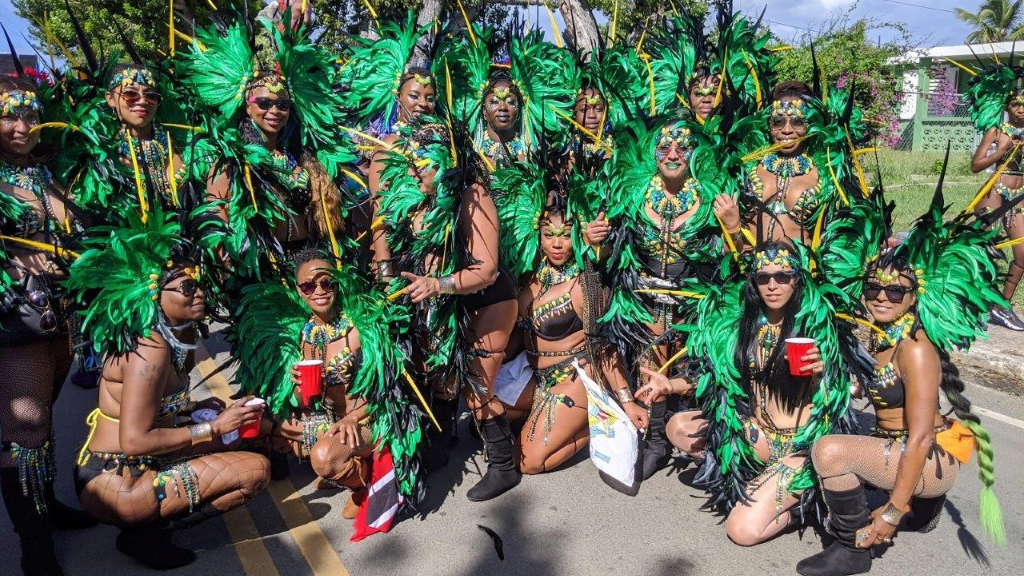 Bedazzled bikinis and feathered backpacks had taken over the unpaved parking lot, which served as base camp for 9-time troupe champions, the Simply Sophisticated Fun Troupe.

Pulsating beats from a distant music truck trickled into the yard and masqueraders - otherwise preoccupied with adjusting their costumes, touching up their makeup, and capturing the perfect selfies - paused occasionally to take a little wine. A seemingly unconscious warm-up before the full-scale bacchanal that would take place once the troupe began its journey along Emancipation Drive for the 67th annual Crucian Christmas Festival.

Suddenly, the call rang out. It was time to get into formation. Obediently, and without much prompting, troupe members slipped into their sections, forming three neat columns that were to be maintained when the band finally presented their 2020 theme, Insomnia, to the judges.

It would be almost an hour before we actually moved from our starting point, but the infectious beats of tunes like Jumbie from Road March winner, Blackest, along with the drinks flowing freely from the drinks truck, made the stagnation more than bearable. 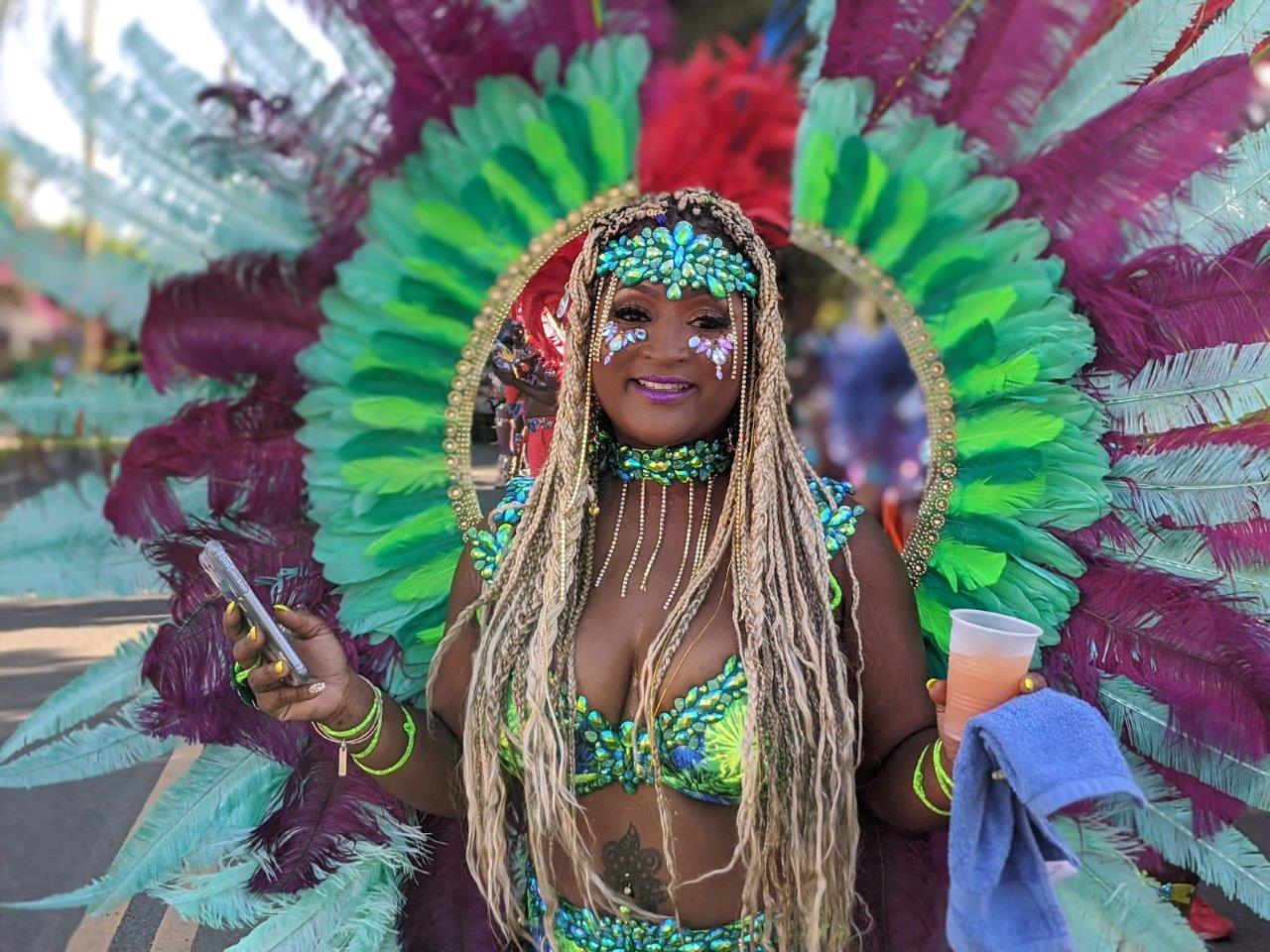 Within that period, strangers became friends, section-mates became dancing partners; and I achieved the previously elusive feat of capturing practically my entire section - Reverence - in a single photograph.

Then, almost 50 minutes after we assembled, the procession began a forward march. At last, Simply Sophisticated was officially “on the road” for St Croix's festival and I was about to experience my first carnival outside of Trinidad and Tobago.

In some respects, carnival in St Croix resembles similar celebrations throughout the Caribbean. Beautiful costumes, extravagant parades, soca music, steel pan orchestras, a calendar of events that gives the illusion of non-stop celebration, and all the vibes that come with such seemingly unlimited merriment.

However, the island's festival, which runs from December to January, serves as a month-long tribute to traditions and customs that have been passed down for centuries. The observation comprises multiple J’ouverts; a series of mini-festivals that pay homage to everything from coconut to coquito, a popular Christmas drink; and of course, several “tramps” or parades, including the adult parade, in which I had the distinct honour of participating.

There I observed a level of pomp and pageantry, an earnestness and authenticity that is becoming increasingly lost to commercialisation in the region’s larger carnivals.

In St Croix, quadrille dancers decked out in their traditional plaid share the spotlight alongside modern day “bikini and beads” portrayals. Pageant royalty chauffeured around in luxury convertibles are interspersed among masked moko jumbies and marching bands. Children and adults alike take care to learn and perform carefully choreographed dances to soca music. While pickup trucks and trailers transporting live bands playing the USVirgin Island’s traditional quelbe music are adorned from bonnet to tailgate with livery in a bid to wow the judges. 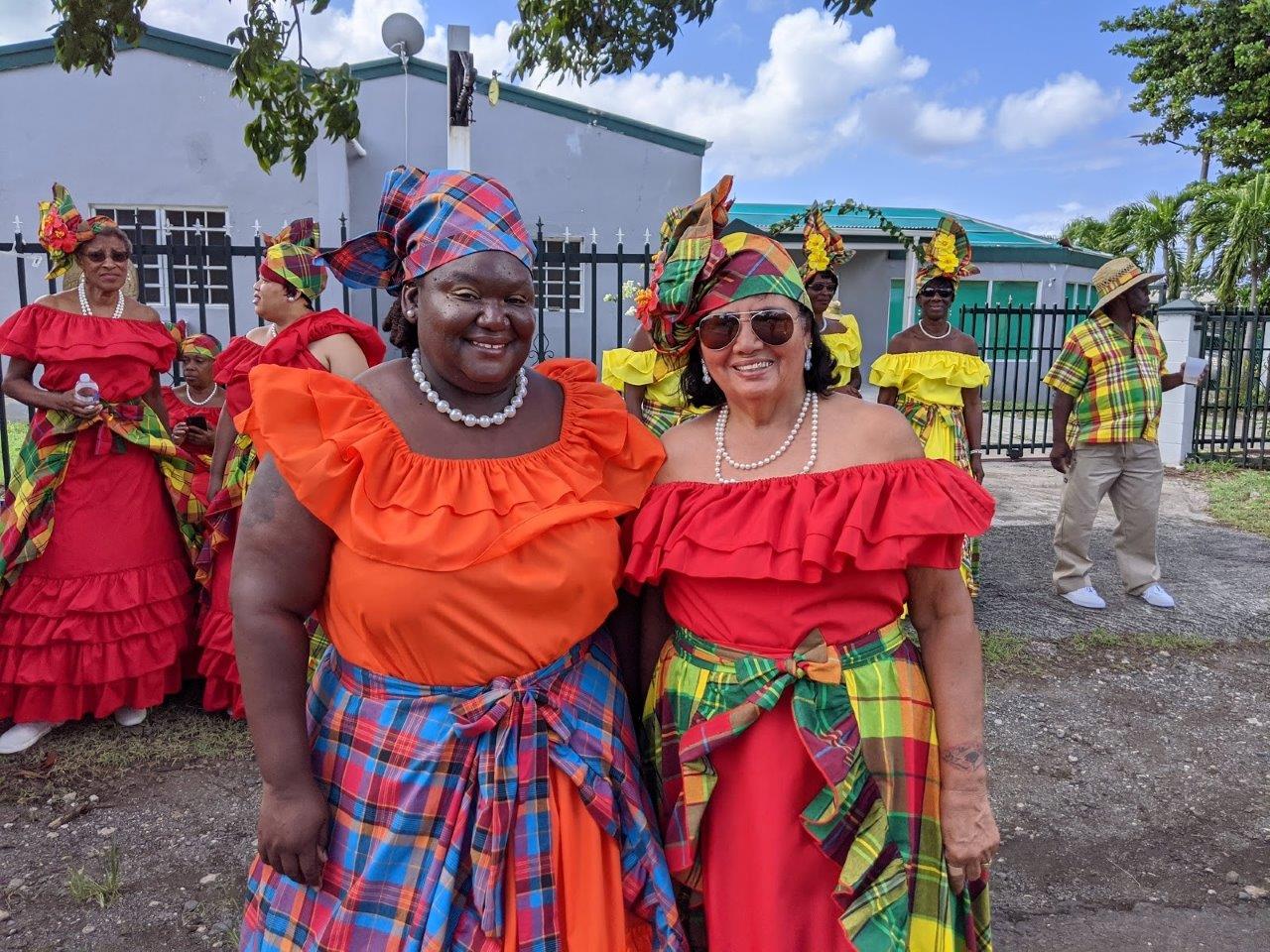 Like me, this was the Global Carnivalist's first time playing mas in St Croix, and we were both big-mas veterans uncovering the unique pleasures and hidden treasures of the island’s intimate festival.

Unencumbered by massive crowds, we moved with ease amidst our troupe. Drinks were replenished without delay. The band made frequent, extended stops, allowing ample time for wary feet to get a rest but moving off just as the crowd began to get restless. And, surprise-surprise, it was virtually impossible to get lost.

To me, it was the perfect precursor to the marathon we would soon take on for Trinidad’s Carnival. But, as the Global Carnivalist astutely noted, it was also the perfect introduction for curious but cautious carnival novices.

“I would recommend CCF to the first time masquerader,” she said as she diligently documented and shared the experience live with her virtual community. “This carnival experience is unique yet small enough in size for a newbie carnivalist to get a feel for carnival and learn new traditions without being overwhelmed.”

Indeed, with a troupe of approximately 400 masqueraders moving at a leisurely pace along a parade route that was barely 2 km long, the Crucian Christmas Festival parade is the ideal place for neophytes to get their feet wet. And, in my humble opinion, Simply Sophisticated is the ideal troupe.

Describing themselves as one of Saint Croix’s “most influential festival troupes”, Simply Sophisticated claims to have set a “new standard for service in the festival industry”.

Their locally made costumes were carefully constructed to withstand the rigours of the road and the US $300 package (very reasonable by regional and international standards) included colour-coordinated boots, sunglasses, bandannas and a safety whistle for good measure.

Offering #theBETTERCarnivalExperience, they successfully created a comfortable, carefree atmosphere that allowed their masqueraders to take charge of the road unencumbered by ropes, security personnel or a caravan of vehicles that inadvertently restrict movement in larger parades.

Somehow, they masterfully converted a 25-minute walk into an hours-long jump-up and for this I silently saluted the troupe leaders. What could have been a brisk and dissatisfying sprint to the judging point had turned into an extended jaunt full of energy and elation.

As we prepared for the home stretch, I looked around at the pure euphoria unfolding all around me. The once orderly three-column formation was long forgotten and the previously clearly partitioned sections had dissolved into a kaleidoscopic swirl of dancing reds, greens, blacks, purples, pinks and blues.

There was no concern for order or presentation, no fixation on aesthetics or appearances. The masqueraders were all about the vibes and the troupe leaders gifted their patrons this unencumbered freedom for as long as distance kept them out of the judges’ sightlines. 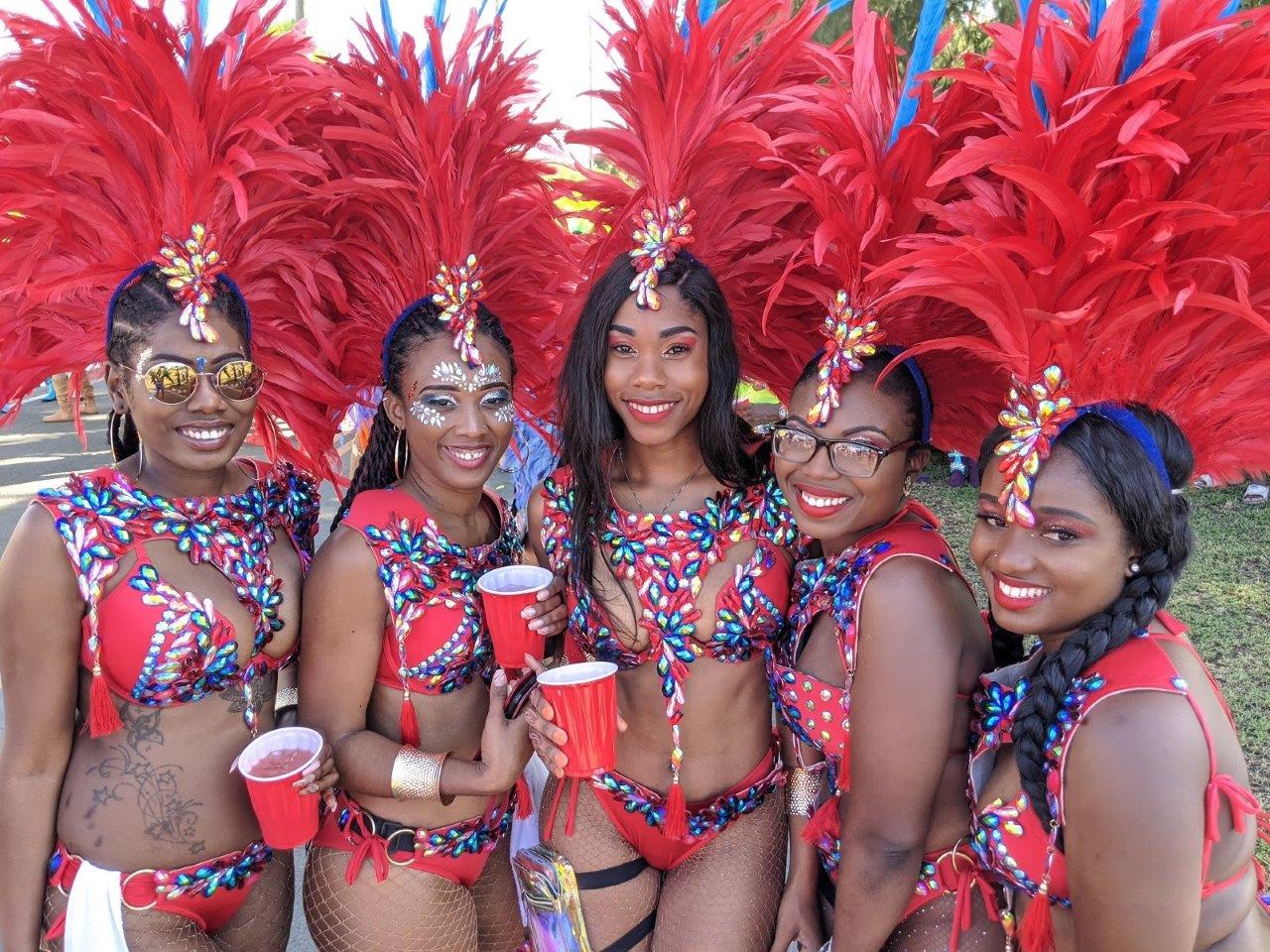 Once the sun began to wane however, the call came again to get into your sections. And, as easily as it was done at the start of the road march, the scarlet red of Pandemonium took their place at the front of the troupe with the multi-hued plumes of Serendipity closing up the rear.

Just like that, the Simply Sophisticated Fun Troupe was back in formation - an orderly rainbow ready to dazzle the crowd.