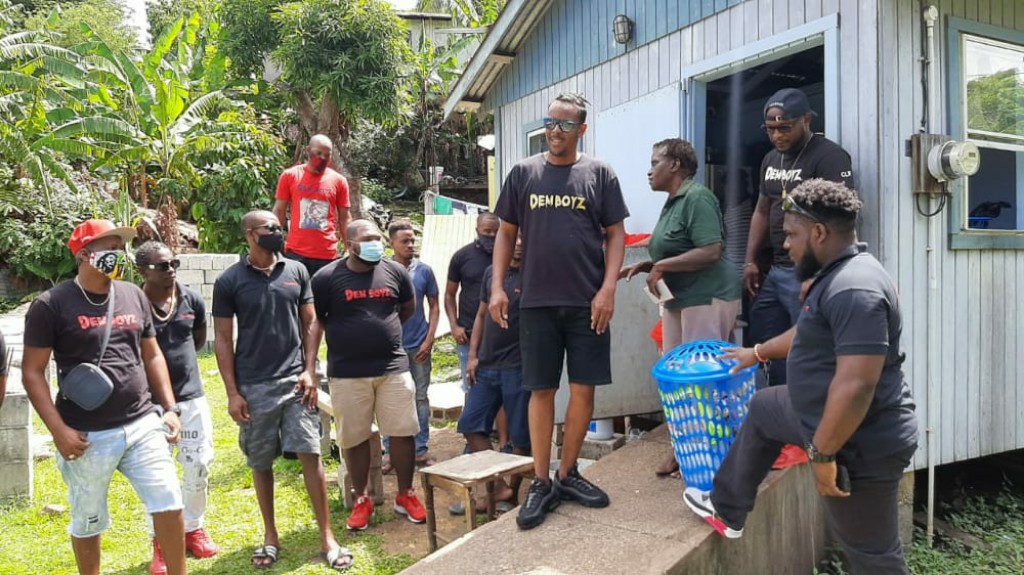 Dem Boyz Bike Club isn’t only about riding around on bikes and doing stunts, the local bike club has also been actively making donations to families in need.

Each member of the club contributes an item which are put together in the form of hampers.

This week they teamed up with Capital Kitchen and KNC Rentals among other sponsors to contribute a hamper and provide financial assistance to a 24-year-old tumor patient named Layen Jean.

Jean, who is from Assou Canal, has been having difficulty sleeping, eating and walking as a result of a tumor and had to undergo surgery.

His mom Andrea Jean has welcomed the donation and described it as an incredibly good gesture.

Andrea also spoke of another donation: “It was a very good donation to send my boy to the States but the doctor said the tumor is too big so they won’t be able to perform the surgery anymore.”

Layen underwent a successful surgery but the tumor came back and affected his spine. He would not be able to survive another surgery.

Apart from donations, the family receives a $215 stipend from the government.

To date, the club has made four hamper donations, this being the second one made to Layen Jean.

Last year, the group made Christmas donations to two families in Marchand and Castries.