Two in custody in relation to recent Vieux Fort homicide

As of yesterday, Tuesday, October 8, 2019, two men were in custody assisting police with their investigations into the recent shooting death of a Vieux-Fort resident which has left the community in shock and anger.

Dead is Lawrence Marcellin, 50, who had his life snuffed out of him after he was shot multiple times about his body on Saturday, on Commercial Street, Vieux-Fort, about 6 pm. Marcellin, who was riding his bicycle at the time of his demise, had just left a gaming establishment owned by his employer.

Since the establishment of that gaming house on Commercial Street several months ago, residents and business owners in the vicinity had expressed concern that it will contribute to crime in the community due to its location, which is now devoid of much commercial activities and is been described as a “ghost town.” 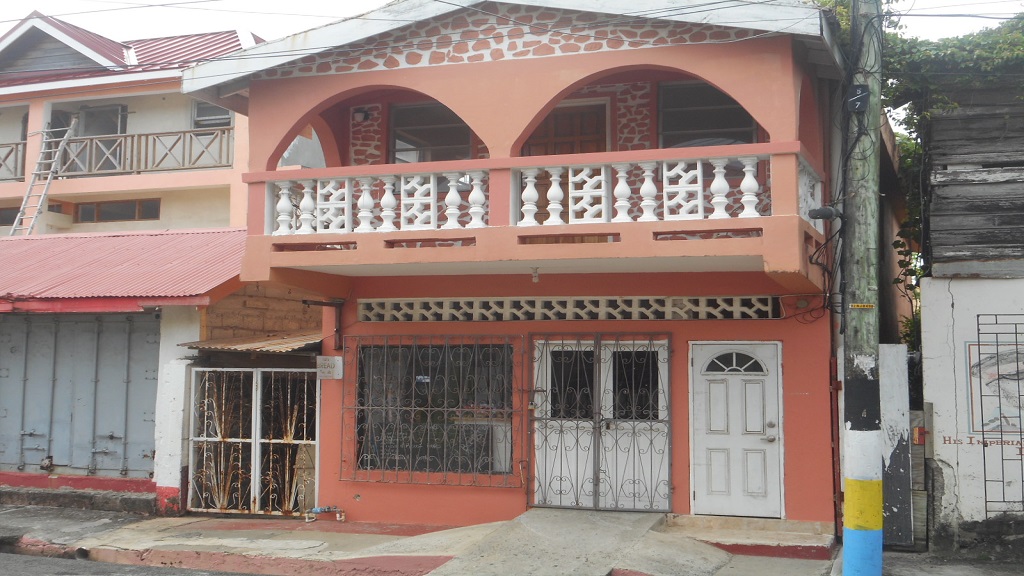 The gaming establishment where Marcellin had just left before he met his demise.

The incident occurred in the presence of several persons who are too scared to furnish the police with information regarding the incident for fear of being targeted by criminals.

Police theorized that the incident was an attempted robbery since Marcellin, an employee of Shernell’s Pizza Parlour, was known to collect cash from the gaming establishment for his employer.

Commenting on the incident, Winston Lubin, a resident of Vieux-Fort said: “It’s sad and frightening. The crime situation in Vieux-Fort is getting worse day by day.”

“Lawrence would not kill a fly,” he added.

David Charles, another resident said, “It was a useless killing. Lawrence did not deserve to die that way.”

Anthony Bellas, who described the killing as senseless, said: “The government needs to install CCTV in the major towns and villages and there ought to be more night patrols by the police as in the days when I was a boy.”

Some years ago, the former Minister of Commerce under the Saint Lucia Labor Party (SLP) administration, Emma Hippolyte had expressed concern about the increase in gaming establishment on the island and promised to address it. However, when they got into office, the increase in gaming establishments on the island continued and is still increasing under the current administration.

Another gaming establishment is expected to open soon in the town of Vieux-Fort.