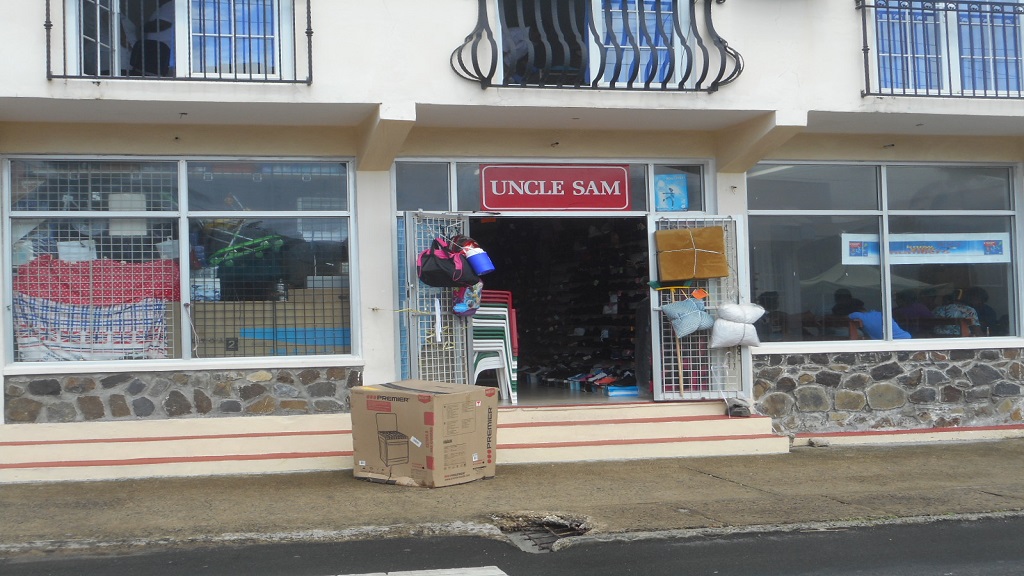 The Vieux Fort police on Saturday, September 21, 2019, nabbed two men who had just robbed a store and were about to flee the scene.

However, two others, one of whom had a firearm, escaped the lawmen.

The store, Uncle Sam, was robbed of $1000: $500 was taken from the cash register and the other $500 from the owner’s wallet. There was one customer in the store of the time of the incident which occurred at about 9.00 am.

The store is located on Clarke Street, one of the busiest streets in the town of Vieux Fort, in a building which houses four other businesses and a health centre.

The owner of the store declined to comment on the incident.

A passer-by who saw the men running told Loop News he thought they were running from the scene of an altercation.

Less than a week ago, a restaurant and bar were robbed of hundreds of dollars worth of alcoholic beverages and other items.

Within the past few weeks, four business houses in Vieux Fort were robbed as thieves continue to have a field day in the community, committing their illegal acts in broad daylight.