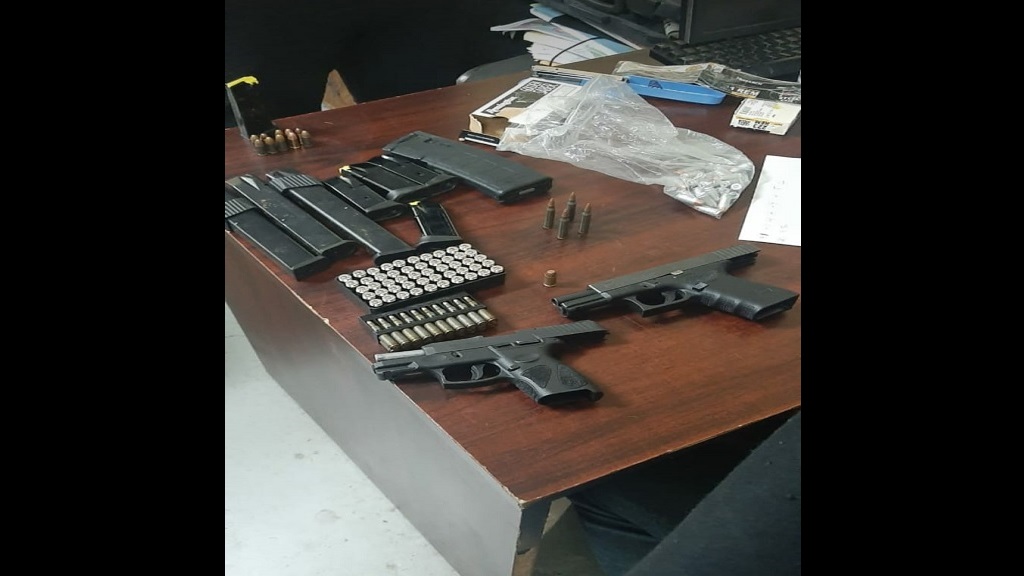 Police have slapped multiple charges against two young men in connection with illegal weapons and ammunition.

One Taurus G2c 9mm pistol, one 23 Gen 2C Glock 40 pistol, 95 rounds of .40 ammunition, ten magazines, ten rounds of 9mm ammunition and 24 rounds of 5.56mm ammunition were recovered by police during a joint operation at a Cas En Bas residence of Vidal on July 31, 2020.

In addition, charges were also preferred to 25-year-old Erne Nurse of Cas En Bas, Gros Islet, after officers found one G2c 9mm pistol and 10 rounds of 9mm ammunition in his possession.

The two individuals have been remanded to the Bordelais Correctional Facility until September 9, 2020, for case management.