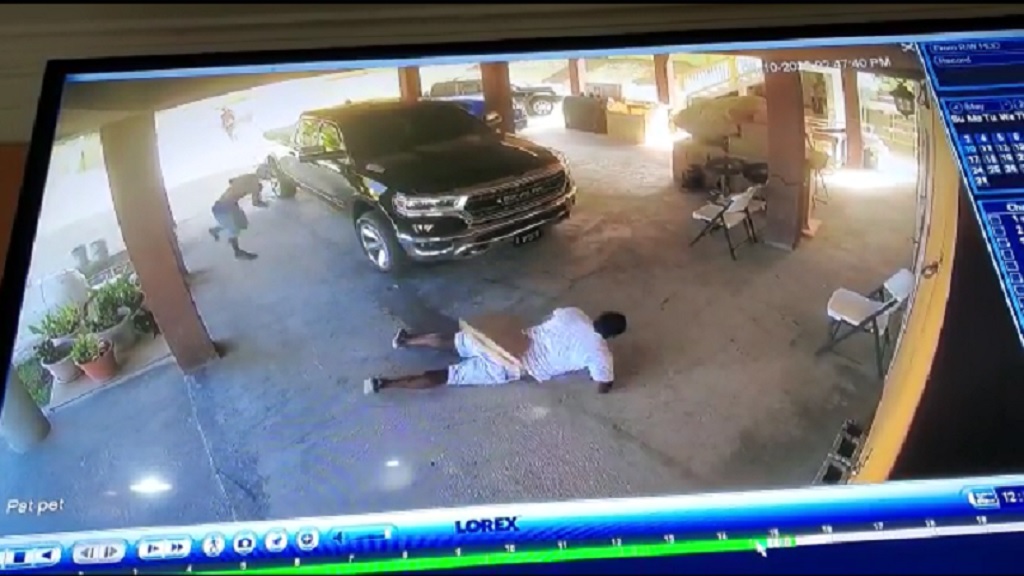 Two male individuals have been formally charged for a vicious cinder block attack against a Dennery resident.

The incident occurred at Green Mountain, Dennery on Sunday, May 10, 2020, in the garage of Dennery South MP and Youth & Sports Minister Edmund Estephane.

Home security cameras captured two men relentlessly launching cinder blocks on the head of a man who was later identified as Almond Cox.

Cox was transported to a medical facility and is said to be recovering from his injuries.

“Keran Matthieu alias ‘Pitbull’ of Victoria Street Dennery and Ike James, alias ‘Parrot’ of High Street Dennery, have both been charged for the offence of non-capital attempted murder and damage to property,” Joseph explained.

Hours after the vicious attack, the brother of Almond Cox was assaulted with a cutlass in the village.

“Ike James has been arrested and charged with the offence of wounding in connection to that second incident.”

Another male individual has been arrested by police in connection with a shooting incident, which occurred at Over the Bridge in Dennery.

“A male was shot in the shoulder, we can say that one individual is currently in police custody in relation to that incident,” Joseph explained.

It is unclear if the incidents are related.

Shawn Edward reacts to spate of violence in Dennery this week