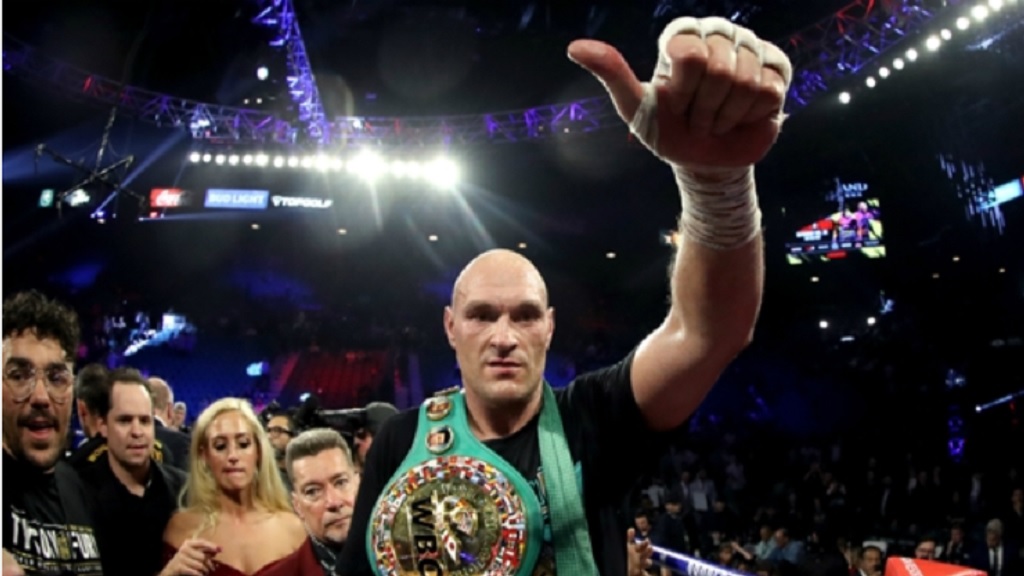 Heavyweight champion Tyson Fury claimed he had accepted a fight against Mike Tyson.

Tyson, 53, is reportedly preparing for a stunning return to boxing, with a bout against old rival Evander Holyfield, 57, spoken about.

Fury, who won the WBC heavyweight title by beating Deontay Wilder in February, said he had accepted a fight against Tyson.

"I did get a phone call with a chance to fight Mike Tyson and I was like, 'What?'" the Brit told BT Sport.

"I had a phone call saying, 'Would you like to fight Mike Tyson in an exhibition fight?' I was like, 'Hell yeah!' I don't think anything materialised out of it to be honest.

"I think he's definitely serious about doing some fights or whatever. He's fought Holyfield twice so they're both old now aren't they?

"I think they're a bit long in the teeth, but then again who am I to say anything, what anybody's capable of after everybody's unbelievable stories. I wouldn't try and kill anybody's dreams of doing anything they want if they're both fit to fight and medically fit then let them do what they've got to do, it's their life not mine."

Former heavyweight champion Tyson last fought professionally in 2005, having lost twice to Holyfield in two epic fights in 1996 and 1997.

Evander Holyfield to follow Mike Tyson in returning to the ring

Mike's still got it! US heavyweight Johnson marvels at Tyson