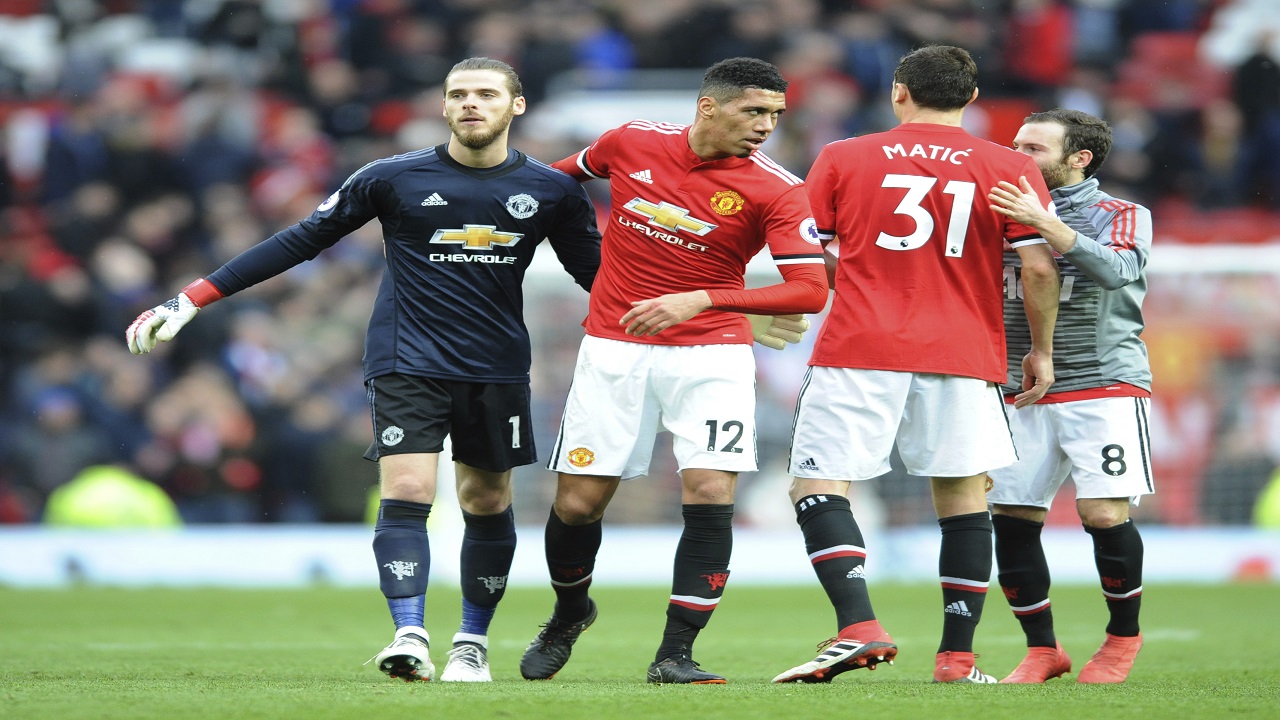 An ugly win for Manchester United. An even uglier loss for West Ham.

United scored twice through Marcus Rashford in the opening 24 minutes then produced a gritty, ultra-defensive display to grind out a 2-1 win over fierce rival Liverpool and strengthen second place in the Premier League.

"It was perfect in relation to what the game gave us," said United manager Jose Mourinho, who won the tactical battle over rival manager Juergen Klopp.

There was as much action in the stands as on the field at West Ham, where home fans invaded the field on two separate occasions to confront players and gathered below the directors' box to force the club's owners to be escorted out in the second half of the 3-0 loss to Burnley.

Young fans were pictured taking refuge in Burnley's dug-out amid the disorder.

"It's well known fans haven't been happy for a long time," said West Ham captain Mark Noble, who grabbed one of the pitch invaders and threw him to the ground in one exchange.

"I'm a human being. I know I'm out on the pitch, under scrutiny, but if someone approaches me I will protect myself."

West Ham stayed just above the relegation zone with their latest heavy defeat — a week after losing 4-1 at fellow relegation rival Swansea — but their Premier League plight is nothing compared to West Bromwich Albion's.

A 4-1 home loss to Leicester left West Brom in last place on 20 points, seven from safety with eight games left.

Everton and Newcastle eased relegation concerns with wins, while Swansea played with just 10 men from the 11th minute to draw 0-0 at Huddersfield.

EPL: Liverpool and Tottenham wins turn up heat on Chelsea