UK moves closer to December election for 1st time since 1923 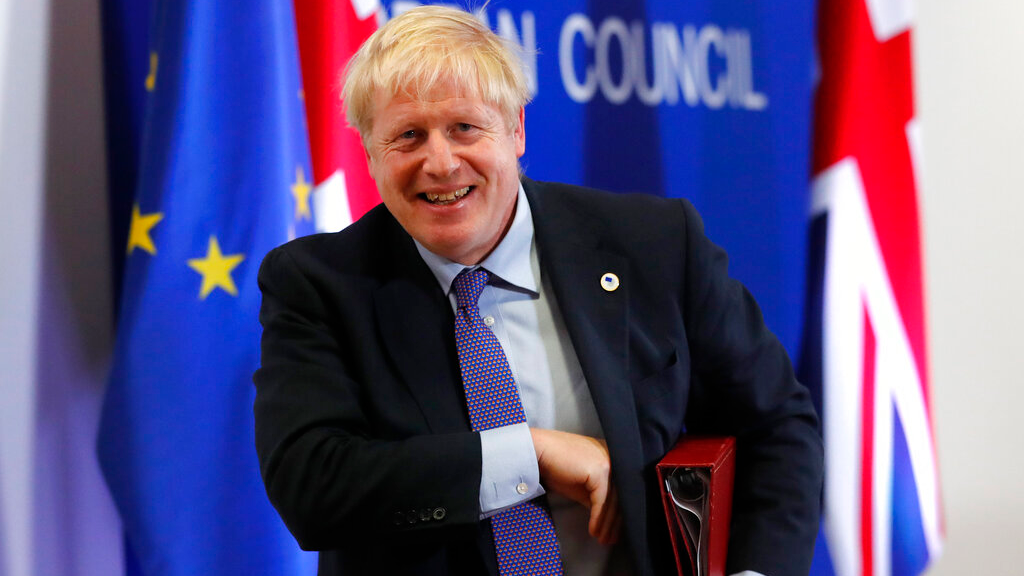 The leader of the UK's opposition Labour Party told fellow lawmakers Tuesday that he'll back an early election for Britain now that the prospect of crashing out of the European Union without a deal has been taken off the table.

The move by Jeremy Corbyn pushes the country closer to its first December election since 1923.

Corbyn's remarks came only hours before Prime Minister Boris Johnson was set to ask lawmakers for a fourth time to approve an early election, saying voters must have the chance to break the Brexit deadlock in Parliament.

"We have now heard from the EU that the extension of Article 50 to Jan. 31 has been confirmed, so for the next three months, our condition of taking no-deal off the table has now been met," Corbyn said. "We will now launch the most ambitious and radical campaign for real change our country has ever seen."

In an effort to blunt opposition to an early vote, the government said Monday it would delay further consideration of the EU divorce deal until after the election, which the government wants to hold on Dec. 12.

Johnson on Monday had accused opponents of betraying voters' decision to leave the EU and said that without an early election, the government would be like Charlie Brown, "endlessly running up to kick the ball only to have Parliament whisk it away."

"We cannot continue with this endless delay," he said.

Two opposition parties, the Liberal Democrats and Scottish National Party, had proposed an even earlier election date in hopes that there wouldn't be enough time for the government to push through its Brexit bill before Parliament is suspended ahead of the election. The two parties said they will consider Johnson's latest proposal, though they still prefer a Dec. 9 date.

"It cannot be the 12th," said Liberal Democrat lawmaker Chuka Ummuna, who suggested his party could accept a compromise date of Dec. 10 or 11.

"We will see what else they come forward with," he said. "We have got to break the gridlock."

However, it is possible that amendments to the bill could see the date move yet again.

Johnson took office in July vowing to "get Brexit done" after his predecessor, Theresa May, resigned in defeat. Parliament had rejected her divorce deal three times, and the EU had delayed Britain's scheduled March 29 departure, first to April, and then to the end of October.

The EU on Monday agreed to extend the Brexit deadline for a third time, this time until Jan. 31.

Johnson, who said just weeks ago that he would "rather be dead in a ditch" than postpone the UK's leaving date past October 31, was forced to seek the extension on Parliament's orders to avoid a no-deal Brexit, which would damage the economies of both Britain and the EU.

Bleaching on Great Barrier Reef more widespread than ever