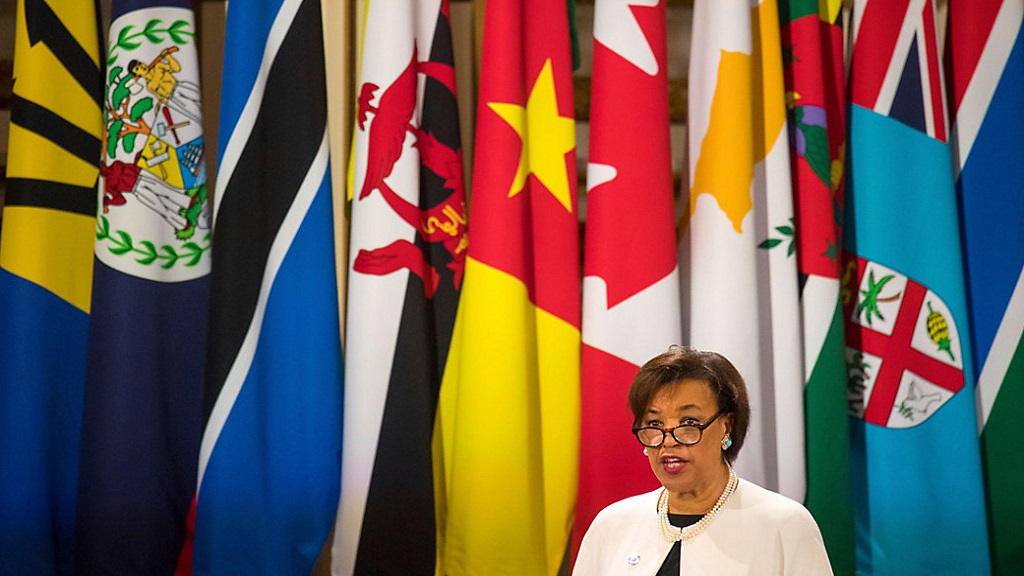 Britain has suspended its funding of the body that runs the Commonwealth over allegations of cronyism at the 54-nation international group.

Britain's Foreign Office said Wednesday it was putting the annual 4.7 million pound ($6.1 million) contribution to the Commonwealth Secretariat on hold.

Commonwealth Secretary-General Patricia Scotland, who was Britain's attorney general under a previous Labour government, has been accused by auditors of misusing procurement rules to award a contract to a company run by a friend.

The Commonwealth, made up largely of nations that were once British colonies, is meant to uphold and promote "democracy, human rights and the rule of law." But the organization, whose member states are home to 2.4 billion people, has long been criticized as weak and ineffective.

The Foreign Office said Britain has "set a number of conditions on UK funding" for this financial year.

"These include conditions relating to ensuring that the Secretariat's procurement policy and its implementation are in line with international best practice," it said.

Australia and New Zealand have also cut funding to the Commonwealth over the auditors' claims.

The Commonwealth Secretariat did not immediately respond to a request for comment from The Associated Press. It told the BBC that it "does not comment on private exchanges with its member countries."

"The Secretariat complies fully with the audit process and implements recommendations accordingly," it said.

In snub to US, Britain will allow Huawei in 5G networks