UN, aid groups warn of 'starvation and death' in Yemen 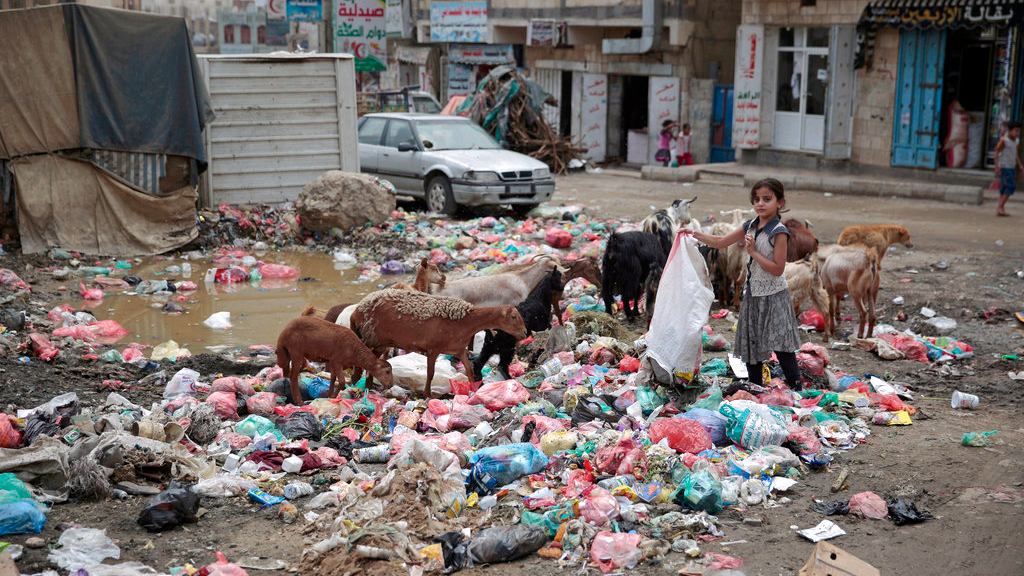 The United Nations and more than 20 aid groups said Thursday that the Saudi-led coalition's tightening of a blockade on war-torn Yemen could bring millions of people closer to "starvation and death."

The announcement comes a day after the U.N.'s humanitarian chief warned that unless the coalition lifts its blockade the nation will face "the largest famine the world has seen for many decades, with millions of victims."

About two-thirds of Yemen's population relies on imported supplies, said the aid groups, which include CARE, Save the Children and Islamic Relief. Over 20 million people need humanitarian assistance, including 7 million facing "famine-like" conditions, they said. Food supplies are expected to run out within six weeks while vaccines will last only a month.

They urged an "immediate opening" of all air and seaports.

"If I have to compare Yemen to a person, I would say that this person is very sick, this person is very weakened, and is being drip-fed, so if you want to keep the patient alive, we need to reactivate drip-feeding as soon as possible," International Committee of the Red Cross Regional Director for the Near and Middle East Robert Mardini told The Associated Press on Wednesday.

The blockade has already led to a fuel crisis in the rebel-held capital, Sanaa, where hundreds of cars lined the roads Wednesday after the Houthis ordered the closure of fuel stations. The rebels said they closed the stations after merchants refused to fix prices. The price of fuel has risen by 50 percent since the coalition tightened the blockade.

Mark Lowcock told reporters after briefing the U.N. Security Council behind closed doors Wednesday that there must be an immediate resumption of regular air flights to the cities of Aden and Sanaa by the U.N. and its humanitarian partners.

"What we need to see is a reduction of blockages on all sides, not an increase on them," he said.

The coalition closed all ports and halted humanitarian shipments after Yemen's Houthi rebels fired a ballistic missile over the weekend that was intercepted near Riyadh. Saudi Arabia blamed the strike on Iran, which supports the Houthis but has denied arming them.

The U.S. has also accused Iran of supplying advanced weapons, including ballistic missiles, to the Houthis.

On Thursday, the Houthis rejected the U.S. allegations, saying they built the missile themselves and fired it in response to coalition bombings that have killed civilians and the ongoing blockade.

"Washington aids the forces of aggression, politically and militarily, and has pushed them into dangerous pitfalls," Houthi spokesman Muhammad Abdul Salam said on the group's Al-Masirah TV channel.