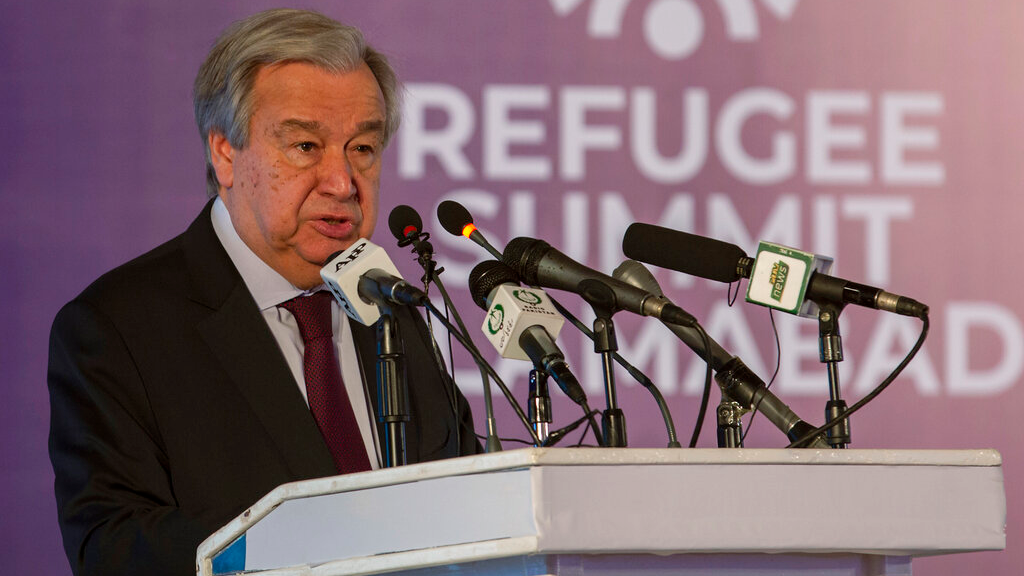 The UN secretary general said Tuesday that the virus outbreak that began in China poses “a very dangerous situation” for the world, but “is not out of control.”

Speaking in an interview with The Associated Press, Antonio Guterres said that “the risks are enormous and we need to be prepared worldwide for that.”

Guterres said a spread of the virus to countries with “less capacity in their health service” would require a great deal of international solidarity.

Egypt recently reported its first case of the virus, raising fears of its spread to the African continent.

The outbreak has infected more than 73,000 people globally. The World Health Organization has named the illness COVID-19, referring to its origin late last year and the coronavirus that causes it.

China on Tuesday reported 1886 new cases and 98 more deaths. That raised the number of deaths in mainland China to 1868 and the total number of confirmed cases to 72,436.

Travel to and from the worst-hit central China region was associated with the initial cases of COVID-19 confirmed abroad. But Japan, Singapore and South Korea have identified new cases without clear ties to China or previously known patients, raising concern of the virus spreading locally.

A report saying the disease outbreak has caused a mild illness in most people raised optimism among global health authorities.

The UN chief was in Pakistan for a conference on 40 years of refugees fleeing neighboring war-torn Afghanistan.

Earlier in his four-day visit, Guterres called on other countries to support Pakistan and show similar leadership in handling refugee flows in South Asia and around the world.